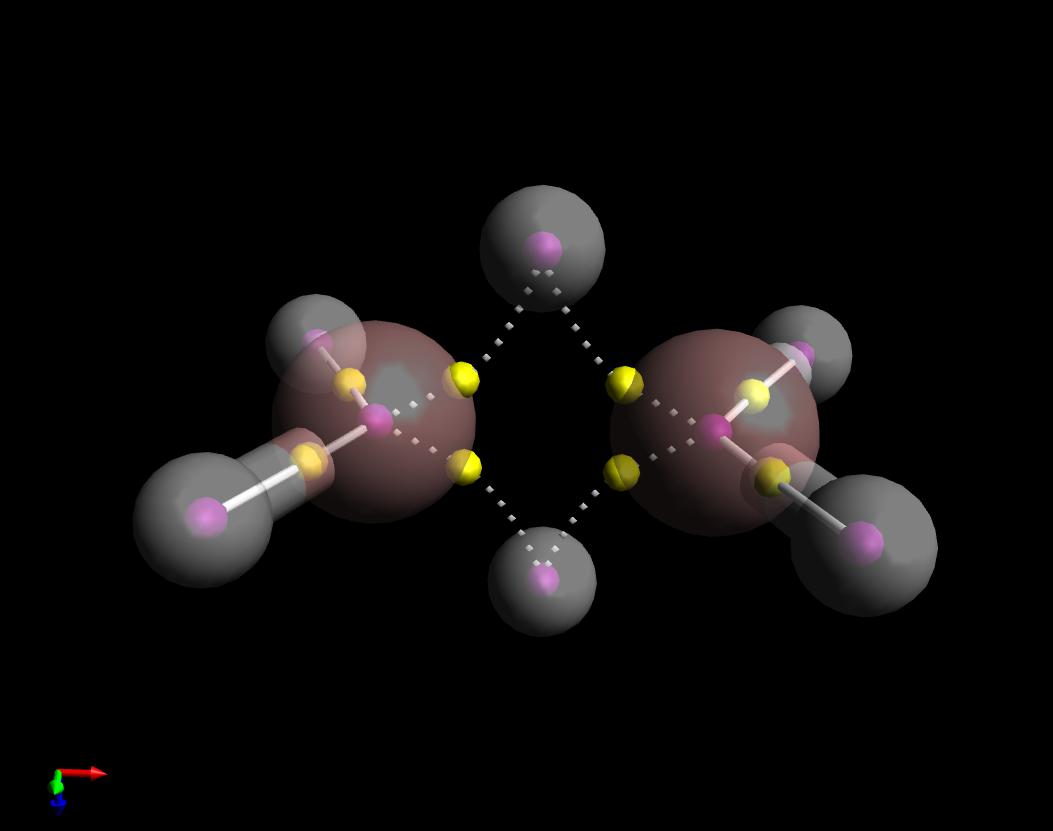 21
Non-integer hybridization
14
Why only two atoms share an electron and not three?
3
Why does Boron only need 6 valence electrons unlike the standard 8?
3
Why are bridge bonds weaker than terminal bonds and, H-B-H terminal bond angles larger than H-B-H bridging bond angles in diborane?
2
How can borane exist?
0
Bond Angle in Diborane, B2H6
1
How many electrons does boron have on average in B2H6?

17
What utility does the Tau bond model of orbital overlap have?
9
Why does nitrous acid exhibit (unexpectedly) different bond angles?
3
why does phosphorus makes 5 bonds with oxygen in P4O10 whereas 3 bonds in P4O6?
26
Are the bonding orbitals in methane equivalent - photoelectron spectrum
4
Are the Phosphate and Sulfate ion diagrams with double bonds an invalid picture?
3
What is the exact meaning of the term 'isostructural' molecules?
13
Are carbocations necessarily sp2 hybridized and trigonal planar?
0
Are 3-center-2 electron bonds and and banana bonds same?