I am confused regarding the fact that in a cis isomer which is less stable as compared to a trans isomer why does it have a higher boiling point ??

According to what i feel trans is more stable so the intermolecular forces are more so melting point is also more as compared to cis isomer but why not the boiling point.

Even generally why is boiling point in inverse proportion with stability?

organic-chemistry cis-trans-isomerism
Share
Improve this question
edited May 13 '17 at 6:42

I think you are confusing some things.

Stability is only regarding to individual molecule.

For the melting point, it's another kind of force sticking molecules or atoms together. So there is no space for comparison beteween individual stability and boiling or even melting point of a whole bunch of molecules. 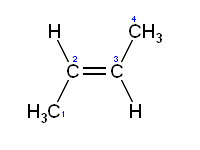 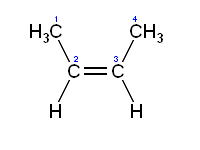 Trans on the left and Cis on the right. Where can you have hydrogen bonds ? You need some Oxygen or chemicaly equivalent atom to make it !

Not the answer you're looking for? Browse other questions tagged organic-chemistry cis-trans-isomerism or ask your own question.

7
Why unsaturated fats are usually cis?
21
Are geminal disubstituted alkenes more stable than their cis/trans isomers?
13
Boiling and melting point of trans- and cis-but-2-ene
31
Relative stability of cis and trans cycloalkenes
6
Cis-trans isomers internal energy
18
Why is cis-1,2-dichloroethene more stable than trans-1,2-dichloroethene?
7
In what way trans alkenes are more symmetric than cis alkenes?