How does Melatonin put you to sleep? How is this compound radio-protective?

Melatonin (IUPAC semi-formal name: N-acetyl-5-methoxytryptamine) is a hormone produced in humans, animals and some of plants. It's mainly famous for being the drug suggested to people with sleeping problems, jet lags and even insomnia (in trivial cases, still experimental). Recent studies have shown this compound's role as an anti-oxidant and a protection for mitochondrial DNA.
Melatonin interacts with the immune system; and is clinically proved to have anti-inflammatory effects. It can act as a radio-protective agent...
Hold it there. This is chemistry, not biology. First of all, how is Melatonin radio-protective? And what is in that structure that makes it radio-protective? 2nd, what reactions occur in the body, in presence of Melatonin, that cause sleepiness (resources have claimed the chemical function to be a mystery but I doubt that's true)?
Most of the info above is available at the wikipedia: Melatonin. 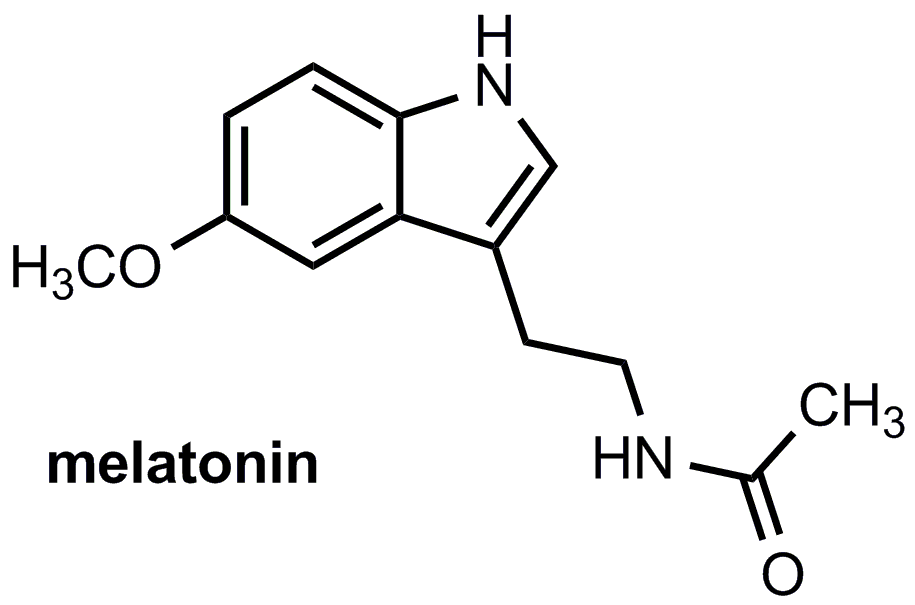 Melatonin is not "radio-protective" in the sense that it blocks radiation or anything. As you note, it's an antioxidant. One of the ways in which ionizing radiation can interact with the body is by providing enough energy to break chemical bonds, producing highly reactive radical species that can cause biological damage by reacting with various things in the body. Melatonin can easily be oxidized by many of these reactive species, preventing them from reacting with anything else. This paper shows the products for the reaction with radio-generated hydroxyl radicals.

The role melatonin plays in sleep is fairly well known (though the effects of exogenous melatonin, less so). Without going into too much detail, there are melatonin receptors in the body, found in cell membranes in the brain and a few other places (G protein-coupled receptors). When these bind melatonin on the outside of the cell, their conformation changes, further activating signalling processes on the inside of the cell. The effects of almost all signalling molecules in the body work in this way. The molecules activate some kind of receptor, which then activates a sequence of other signals, eventually resulting in biological effects.

Not the answer you're looking for? Browse other questions tagged organic-chemistry biochemistry drugs or ask your own question.