Why is tetracyanonickelate square planar?

This is the square planar splitting diagram 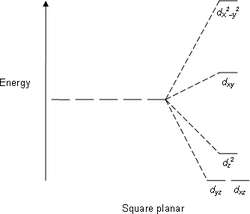 Now you could ask, why then not d6 and d7 adopt this cinfiguration? Because for 6 or 7 electrons, an even more stable state is achieved with octahedral fields.

About hybridization... Forget about it when talking about coordination complexes. It's completely useless. It can't explain or predict anything that CFT/LFT can't

The use of hybridisation for transition metal complexes is extremely outdated and often leads to incorrect predictions and rationalisations of transition metal chemistry. If you are using it routinely, please stop using it.

You may wish to first refer to this other answer of mine for a discussion of a very similar case:

Why is [PdCl4]2- square planar whereas [NiCl4]2- is tetrahedral?

There, the comparison is between a 3d and a 4d metal. However, the factors that affect the geometry of a $\mathrm{d^8}$ complex are the same. They are described in much more detail in that link. To summarise:

When the ligand is $\ce{CN-}$, a strong sigma donor and pi acceptor, the corresponding splitting of the orbitals in $D_\mathrm{4h}$ symmetry will be very large. Consequently, the electronic stabilisation derived upon adoption of a square planar geometry in $\ce{[Ni(CN)4]^2-}$ is much larger than for other complexes, e.g. $\ce{[NiCl4]^2-}$.

It's quite possible that the linear ligand $\ce{CN-}$ also introduces less steric repulsions in a square planar geometry than a halide, like $\ce{Cl-}$ or $\ce{Br-}$, would. However, the main factor is likely to simply be the large electronic stabilisation, which in turn derives from the fact that $\ce{CN-}$ is very high in the spectrochemical series.

It's tetrahedral; as not 6 lone pairs are coming from $\ce{CN}$, only $\ce{CN}$ are attached. Therefore, only 4 lone pairs will affect the configuration.

So by now applying CFT you will get its hybridization to be $\ce{dsp^2}$ which will make the shape of tetrahedral.

34
Tetrahedral or Square Planar
4
How can the electronic structure of pentaaquanitrosyliron be explained?
3
Why does Fe(CO)₄ adopt a tetrahedral, as opposed to square planar, geometry?
1
Are there square planar complexes with sp2d hybridization?
4
Why is the tetraamminecopper(II) ion square planar?
0
Electronic configuration in [Ni(CN)4]2-
4
Determining the oxidation state of a bridging platinum complex
2
Crystal field splitting of other orbitals
5
What is the shape of [Cr(NO)₄]?