How many electrons are there in the pi-system of cyanogen?

I know that there are 18 electrons available for bonding in the entire molecule, and that 6 of these are used for sigma bonds. That leaves 12 left over. Which molecular orbitals best describe the locations of these electrons?

Here is the structure of cyanogen 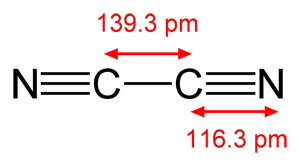 To visualize ron's answer, here is the valence orbital scheme of cyanogen. Note, that this is the canonical molecular orbital picture, which does not use hybridisation. From this depiction, the stated fact from Geoff is also clearly visible. Due to delocalisation the carbon-carbon bond is significantly shorter than a normal single bond. The right hand side orbitals are taken from a DF-BP85/def2-SVP calculation. (Since I forgot to add that to the picture itself, the horizontal dotted line separates unoccupied from occupied orbitals.) 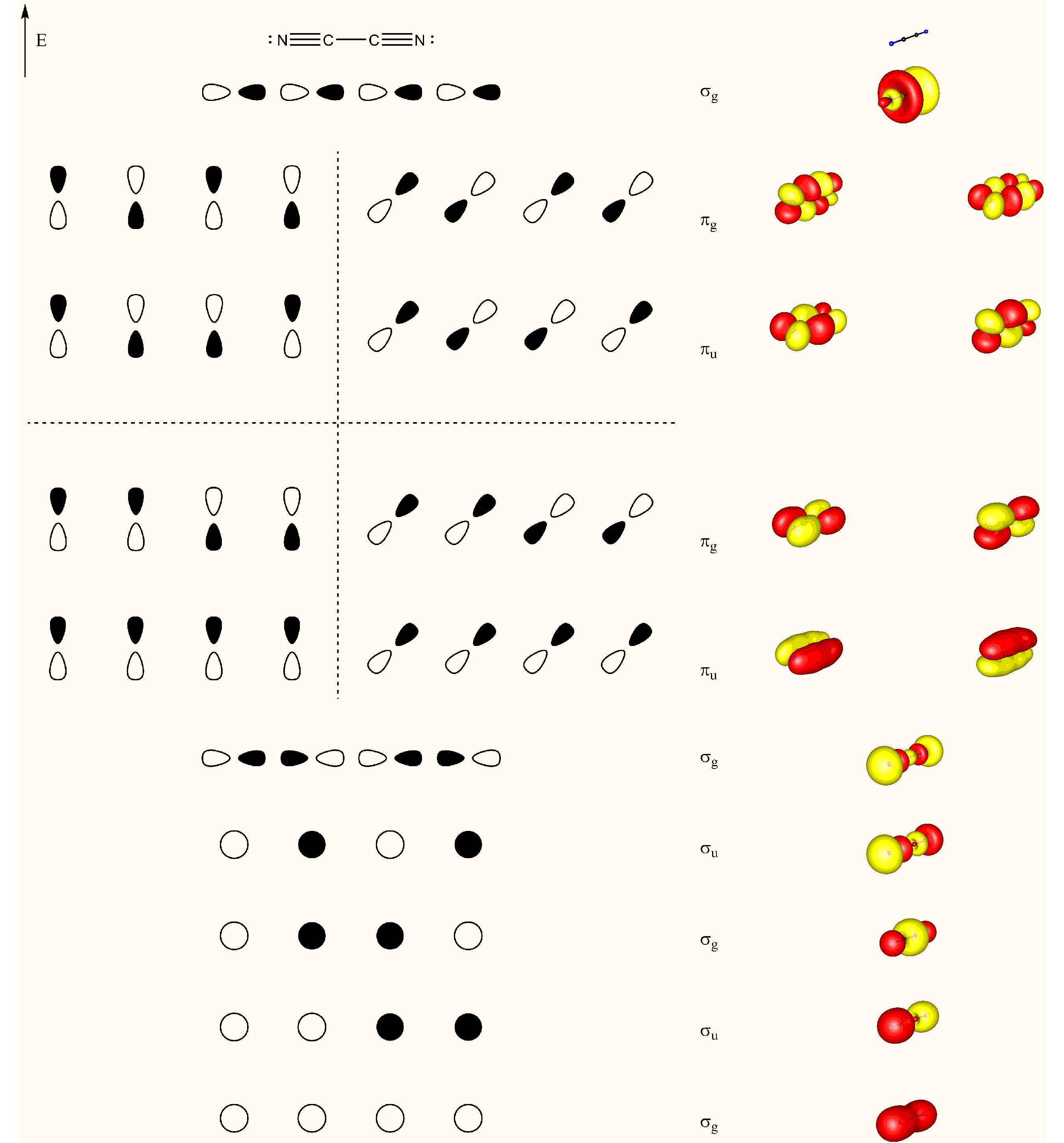 Not the answer you're looking for? Browse other questions tagged bond molecular-orbital-theory or ask your own question.

5
Using MO theory, give an explanation for the C-C bond length in cyanogen