My basement is quite dry (knock on wood!). Recently I brought into the basement for the winter a table from outside. The table had some ice stuck to it which I couldn't remove, so I simply let it melt on the floor of the basement. After the puddle that formed evaporated, an interesting artifact was left behind along the the perimeter of the puddle. It's a raised white line of fuzzy material. 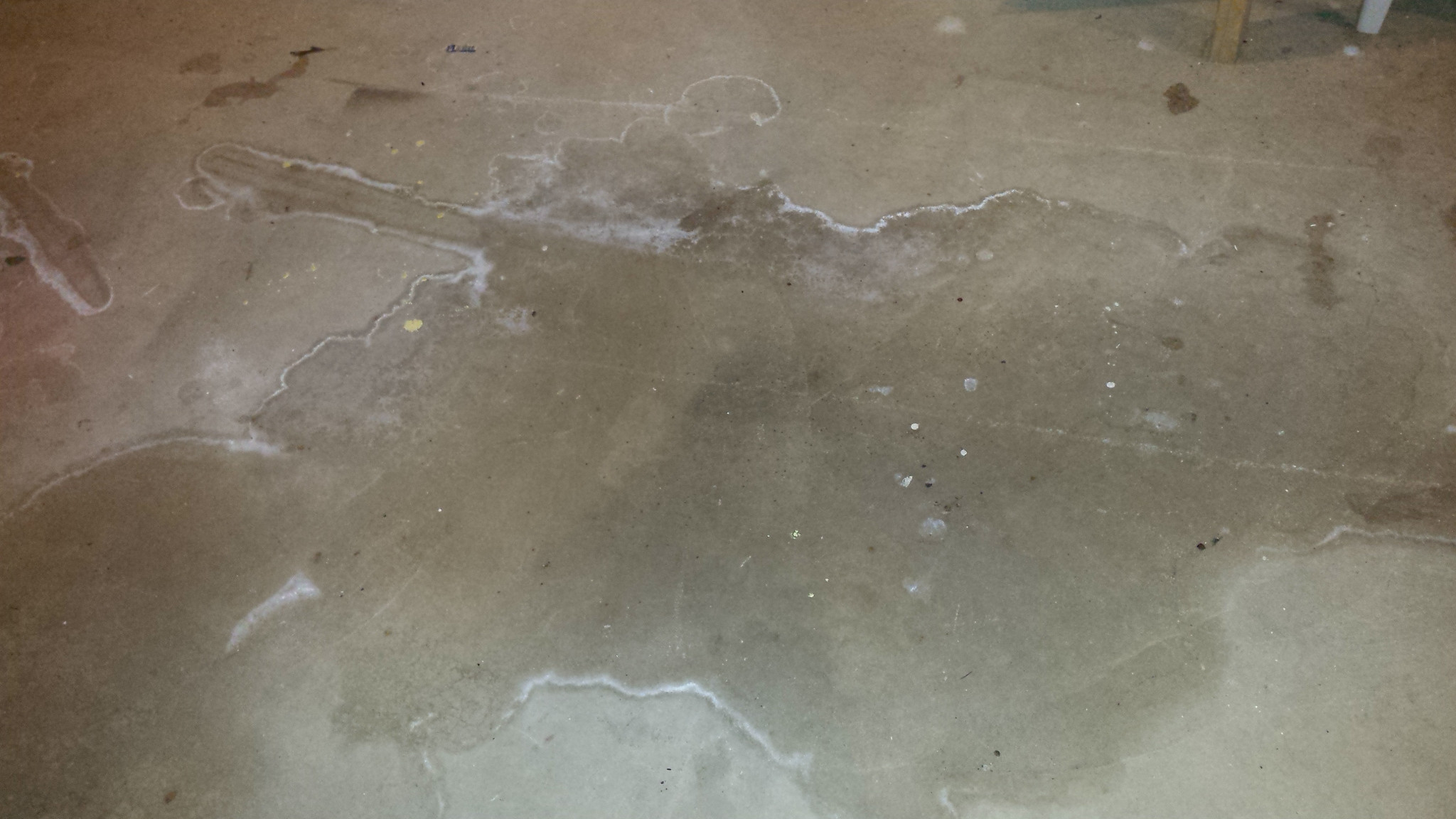 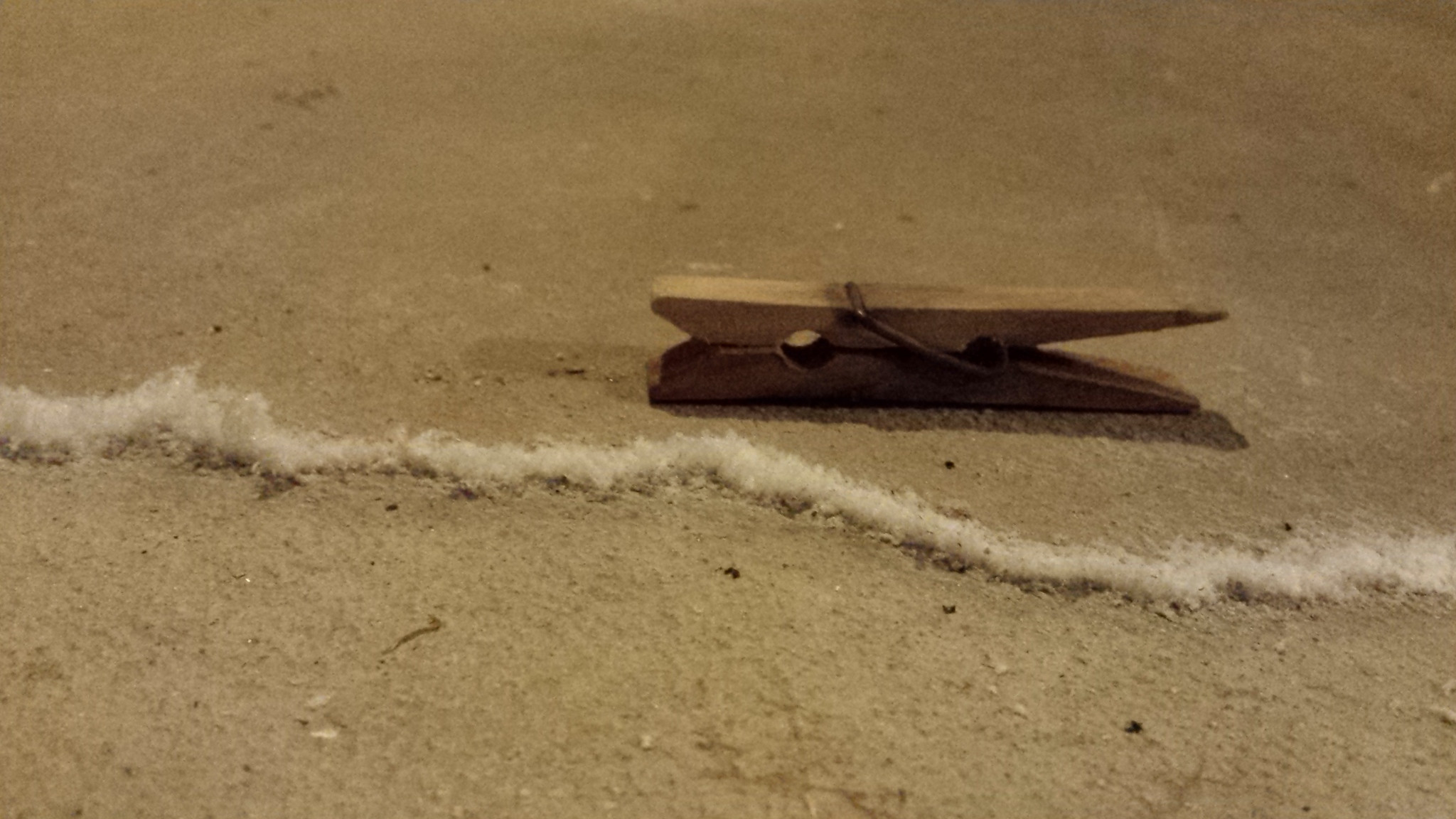 Is this efflorescence? I did some googling, and this is what seems most likely, but I don't know much about chemistry and thought I would ask those who would actually know. Is it something else?

Three pieces of information from the comments:

The only white crystalline material that is a plausible candidate for being there and fizzes in acetic acid (ie vinegar) is calcite - $\ce{CaCO3}$. It's also a mineral that has 'retrograde solubility' meaning it dissolves more readily in cold water. This is probably how it got to the water in the first place. This is also why it precipitates on your electric kettle. It is the same stuff.

The salty stuff that burns yellow-orange is obviously $\ce{NaCl}$, aka table salt. It also probably dissolved with the vinegar as well. Why is the salty taste not quite like table salt? Well, first of all it is mixed with calcite. But, calcite has no taste. It's possible that there is some $\ce{KCl}$ or $\ce{MgCl2}$ in there as well. They are slightly more bitter than $\ce{NaCl}$. This is the stuff they use in low sodium salt.

As to would this be dissolved in the first place, you can only speculate. You say that it came from a table that was outside. Did people eat there? Could people had spilled salt on it? Is the airborne dust in your area contain a lot of calcite? What about your basement? Could someone have spilled some salts on the floor, maybe even years ago?

Not the answer you're looking for? Browse other questions tagged everyday-chemistry analytical-chemistry identification or ask your own question.

20
What are the chemical reactions behind fire?
0
What white powdery compound turn black immediately after heating?
3
Is the scientific explanation behind Smartkleen legit?
17
Fireplace window: Can one influence how fast soot is building up?
8
What is the white substance left behind after boiling down water
3
Tap water leaving white residue after drying
15
What causes the “white water” smell?
4
What gives milk its characteristic white color?