Why is sand, sand; and why is glass, glass; While both mainly contain Silicon Dioxide?

I know that there is the famous process of heating material and converting them to glass; but what I don't know is, what is the chemical process of the creation of glass? Is it crystallization?

How could it result in so much visual differences?
What is the description of such a radical process?

You are correct. The main difference is that sand is crystalline and glass is not—it is amorphous.

The main component (> 95%) of common yellow sand is quartz (the mineral whose composition is SiO2). Note that not all sand is quartz. There are white sands containing calcite (CaCO3) and black sand (containing various heavy minerals). But the most common sand is indeed quartz sand: SiO2.

Glass, the type you see in your everyday life, on the other hand, is not composed of pure SiO2. It has a bunch of other additives such as Na, K, B, and others. This is done to modify the properties of the glass and make it more suitable for human use. It doesn't matter much though for our discussion.

So if they are made of the same thing, why the difference? The answer is cooling rate. If you cool molten SiO2 slow enough, the atoms have enough time to organize themselves into a crystalline structure. In the case of pure SiO2, this is a network of SiO4 tetrahedra: One silicon atom surrounded by four oxygens. If it cools too fast, then the crystalline structure does not form. It may be completely amorphous, or form into a sub-microscopic array of SiO2 crystals in various structures (CT-opal for example).

What determines the cooling rate? Well, in the case of glass it is a matter of minutes. You've seen glass making: The glass is molten and very quickly it solidifies to a solid. In contrast, most of the quartz sand you're seeing is actually broken fragments of rocks called granite. This type of rock has abundant quartz in it, and it forms deep underground (as in 10s of kilometers) at very slow cooling rates. While a glass maker can take his glass and let it cool in the atmosphere or in water, molten silicate magma ("glass") deep in the Earth is surrounded by rocks that are in the hundreds of degrees. This slow cooling facilitates crystallization of the SiO2 into quartz rather than glass. How slow is this? At least tens of years, more commonly hundreds or even thousands of years. This is much slower than the seconds and minutes in glass making.

Slow crystallization of SiO2 in the Earth is not the only process. There are actually processes that can take molten silicate magma and cool it very rapidly. This commonly happens in volcanic settings: A volcano throws molten magma (again, made mostly out of SiO2) and throws it into the atmosphere where it can cool very rapidly. It's even faster if the magma erupts into water. The result is volcanic glass: sometimes called obsidian.

The difference in the visual appearance is actually not due to the presence or absence of a crystalline structure. It's mostly related to grain size. If you take window glass and shatter it so it's all small grains, it will look just like sand. On the other hand, if you take quartz, and make it big and smooth (just like window glass), it will look like this: 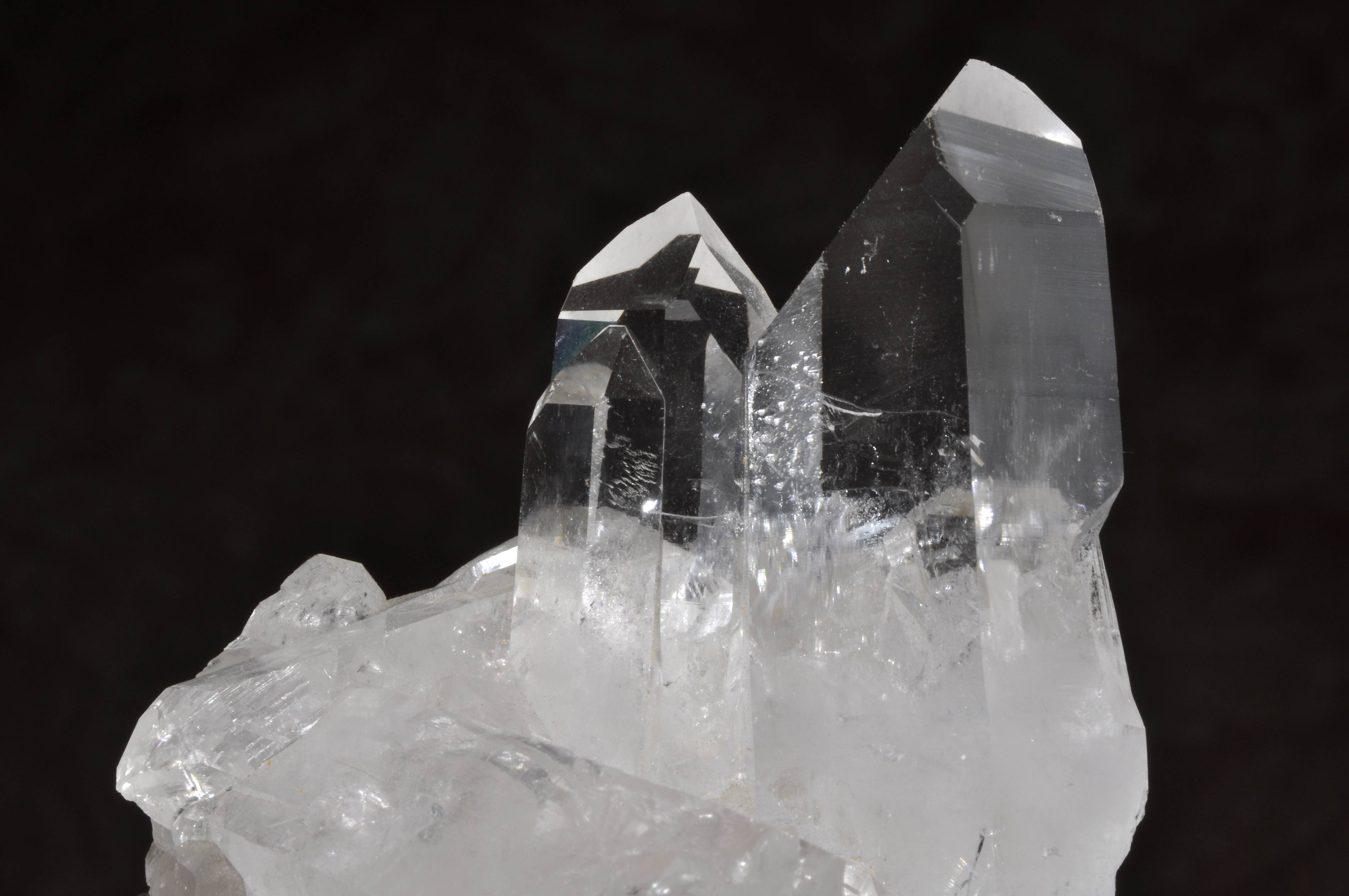 (By Parent Géry (Own work) [Public domain], via Wikimedia Commons)

Take sand, melt it, let it cool and you have (sort of) glass.

Glass is an amorphous solid. It appears to be solid, but is, in reality, a viscous liquid.

Sand is essentially the same, although broken up into very small pieces. Although sand could contain quartz (crystallized) fragments, it doesn't change what we observe about the sand.

How could it result in so much visual differences?

Glass is clear since the sand it is made from has chemicals added to lower the melting point and to make it transparent (by removing some impurities). Sand is composed of everything in the earth, so it is not as transparent as glass. Also the small particles deflect light so it is difficult to see a pattern through sand.

Not the answer you're looking for? Browse other questions tagged inorganic-chemistry crystal-structure geochemistry glass minerals or ask your own question.

4
Is it possible to crystallize a solid ingot of metal from an (acidic) aquaous solution?
7
How to determine age of stones (and other inorganic matter)?
9
Can glass be made with anorthite?
1
E-glass degradation in water
6
How do native sulfur crystals form?
8
Gold Plating on Glass?
1
Si(OH)4 vs. H4SiO4 vs. SiO2.2H2O