Why is water "the universal" solvent?

This is an old question that our textbook tried to answer but worsened the situation.

Many things are soluble in water. So many, that studying solutions will always require studying aqueous ones. It is true that many non-polars like waxes are not very soluble in water, yet I have never run into a solvent as "good" as water.

But how were we answered when we asked that "why is water a good solvent"? They said since water is polar so the attraction between for example $\ce{O}$ and the positive ions is so much blah blah blah!

So either there are "great" solvents like water out there or there are other things about water that make it the master solvent that are beyond me.

To directly address where the phrase comes from:

Water is called the "universal solvent" because it dissolves more substances than any other liquid. -USGS

What are ideal qualities of solvent?

The strength of a solvent can be attributed to the strength of its intermolecular forces like london forces, dipole-dipole forces, ion-induced dipole, and hydrogen bonding. These are forces of attraction and repulsion. Solvation occurs when a molecule is surrounded by the solvent, so when there are strong intermolecular forces, stronger solvation occurs. 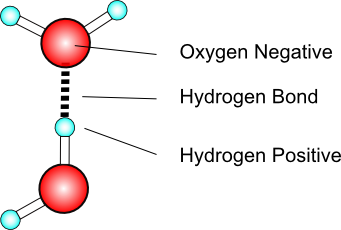 Water is a great solvent for hydrophilic molecules but hydrophobic molecules are, by definition, not easily disturbed by water. This makes a clear exception to the "Universal Solvent" idea. I haven't read any literature claiming it to actually be the best solvent, but it does work well in many chemical situations.

TL;DR: Water is incredibly easy to get and work with.

Water is a good solvent for polar compounds[citation needed], and the reasons for this are laid out pretty well by John Snow, but that's not really what makes it the universal solvent.

Instead, a series of other, incidental properties makes it a popular choice:

There's a lot of water[citation needed]. It literally falls from the sky. This means that for most applications, it's the absolutely cheapest solvent available.

Water is a reasonably stable molecule. Few things you can dissolve in water are expected to react significantly with it. It won't readily burn or combust, even in vapour form, and its high heat capacity and prevalence (see above) means that it can effectively douse most runaway reactions that might occur, such as fires (there are times when adding water to a fire is a bad idea, especially perhaps in a lab, but even those times the problem can be solved by adding a lot of water).

Water is everywhere[citation needed], giving it another unique property: Unlike many other solvents, water won't absorb atmospheric water vapour, decreasing its purity as a matter of course. (It'll still exchange water with the atmospheric vapour, of course, but it doesn't significantly change its make-up.)

Distilled 100 % water will remain more or less pure unless something is actively added to it, which, while not unique, is useful and somewhat uncommon. Water molecules will also not spontaneously decompose under most sane conditions.

Water is liquid at a wide range of temperatures, stretching from 0°C to 100°C. Under laboratory conditions of ~1 atm and 20-25°C, water is a well-behaved and practical liquid.

Furthermore, while the liquid phase is available at a wide range of temperatures, the solid and gaseous states are not out of reach when using even extremely basic equipment. Cooling water to well below freezing, say -18°C, or to boiling, are both trivial activities, using equipment that is not only available in every lab, but even most homes.

Water isn't always the best tool for the job, but it's almost always a good or great one, at least when working with polar compounds. A common alternative to water is ethyl alcohol, which has similar polar properties and operating temperatures, but ethanol does have weaknesses in the other categories mentioned here, i.e. its reactivity, its absorption of water vapour, and its price.

Just to provide an alternative answer:

Consider a solvent miscibility table like the one linked.

What is the least miscibile solvent? Water! Water is the worst solvent. Water is immiscible with 17 out of 30 of the other listed solvents.

There are 6 solvents in the table which are miscible with all the other solvents: ethanol, acetone, tetrahydrofuran, n- & iso-propanol and dioxane.

Why is water such a bad solvent? Hydrogen bonds. Water molecules are strongly hydrogen bonded to other water molucules. To dissolve something else, these hydrogen bonds need to be broken.

For another prespective, look across the periodic table. What does water stably dissolve? Does water dissolve gold, silver, copper, tin, lead, aluminum, and many other metals and metaloids like antimony, silicon, and germanium, as mercury does?

There is nothing universal about water, except that there is a lot of it on Earth and we need it to live.

Since water is polar as you note, and "like dissolves like" remains a good principle, I think the answer is that lots and lots of substances are polar. Most (ionic) salts are, for example. Even substances that are polar covalent are at least slightly polar and so somewhat soluble (and with agitation, more soluble). So you have to be really non-polar (e.g. hydrocarbons, "oils") to not be soluble in water.

It's worth noting some of the history behind the term "universal solvent," and why it is used even though water isn't truly universal or even necessarily the most versatile solvent available.

Before chemistry existed, and for that matter before science existed as the practice we would recognize today, alchemy was an important protoscience. A number of important breakthroughs and refinements came about due to the work of alchemists, and for all that it often got buried in mysticism (and, at times, fraud), alchemy began the research into the chemical properties of matter. Chemistry developed largely in reaction to alchemy, rejecting the mystical underpinnings, and applying the scientific method.

Within alchemy, there was a belief in the existence of a "universal solvent," which would be part of the process for producing the philosopher's stone and/or transmuting lead into gold. Numerous alchemists claimed to know how to make it, while many others considered producing it to be one of their major, overarching goals, the most difficult or secret step in obtaining whatever powers they believed they could achieve through alchemy.

Obviously, no chemical with the properties described for this universal solvent has ever been found. However, because of the critical use of water as the default solvent in chemical work, it has often been referred to with the title. Other answers describe better than I can why water is a particularly useful solvent.

Not the answer you're looking for? Browse other questions tagged water aqueous-solution solutions solvents polarity or ask your own question.

1
Why is water a poor solvent for organic molecules?
2
What is dielectric constant and how does it explain the reason why water is one of the best solvents

3
Approach to model solvent in a lattice: e.g. H2O in NaCl
5
Solubility in carbon tetrachloride
7
If the polarity of the solvent increases, will the Rf value increase or decrease?
21
A drop of water in a tin of sugar: Which one's the solvent, the sugar or the water?
2
Why are alkyl halides used as solvents for relatively non polar compounds and not polar compounds?
1
How does a mostly non-polar molecule prevent a polar head from being pulled off by other polar molecules?
4
Solvent for tire rubber
2
Performing an SN1 reaction in a polar aprotic solvent
1
Optimal lipophilic solvent for washing PEEK-lined reversed-phase HPLC columns