Does the hydrogen taken in an E1 reaction have to be antiperiplanar?

I'm wondering if the hydrogen stolen during an $E_1$ reaction has to be antiperiplanar/anticoplanar like the hydrogen in an $E_2$ reaction.

Intuitively I'd say no, because the carbocation is flat so there's less steric hindrance than an E2 reaction, but I want to check.

As an example, we could use 3-methyl-2-bromobutane. Once that carbocation forms and shifts, does it matter which hydrogen is stolen?

However, for the E2 reaction, remember that the anti-periplanar arrangement is preferred because it places the C-H bonding orbital anti to the C-LG antibonding orbital. In the transition state, those are the orbitals that reorganize to create the C-C pi bond.

With respect to the E1 reaction, there is no C-LG antibonding orbital, but there is an empty p-orbital on the carbocation. The C-H bond should be parallel to the p-orbital to create a similar (but strictly speaking, not anti-periplanar) alignment of orbitals. 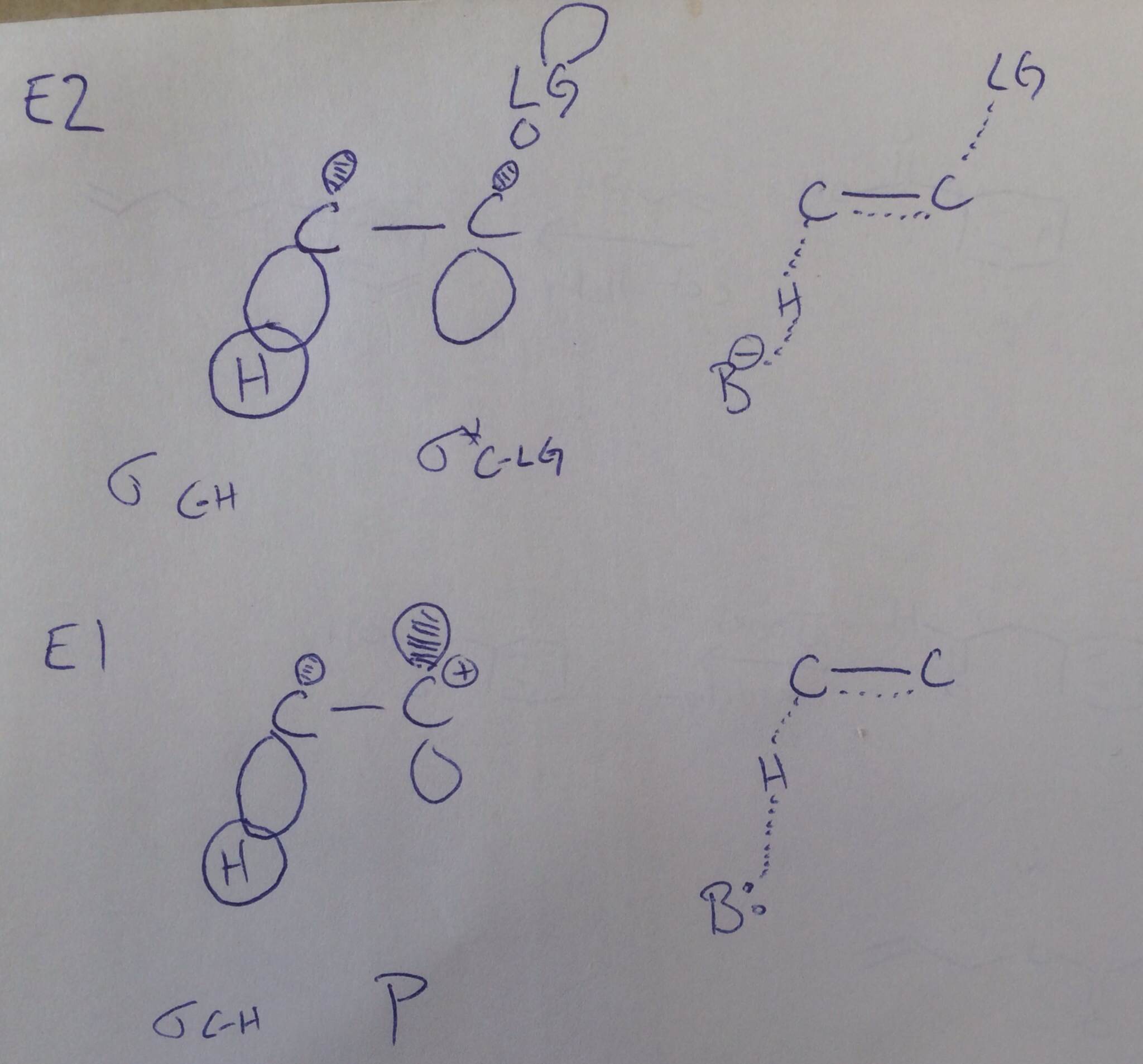 It actually does not matter whether or not it is antiperiplanar, because once the carbocation is formed, there is no sense of antiperiplanar. The two carbon atoms are in the same plane now. For a planar carbocation, all arrangements are equivalent(i.e. no sense of stereoisomerism). It does not matter which side the base attacks on. Also, since the bond angle in an $sp^2$ system is greater than that of an $sp^3$ system, the steric resistance to the base is less, which is the point you mentioned.

However, steric factors are not much significant in eliminations where protons are involved, because only a proton is required to be abstracted, and the incoming nucleophile(acting as a base ) is not required to attack or attach to a site.

15
Resonance in carbocation derived from allenes
1
Does the iodoform reaction form hydrogen iodide or water?
14
What's the reaction type of the Hydrogen shift?
14
Does a chiral centre have to have 3 or 4 different groups attached?
1
Why does the reaction of the primary alcohol cyclopentylmethanol with hydrogen bromide follow SN1 mechanism?