What is the bonding picture in Peroxomonosulfate?

In $\ce{SO5^{2-}}$, can somebody tell me which orbitals are used to form the pi bonds in this anion. Please tell the hybridization. And the lewis structure.

Well I tried and the answers I got was sp3 & the pi bonds are formed using d orbitals.I just need to know whether I'm correct

Here is already the Lewis structure 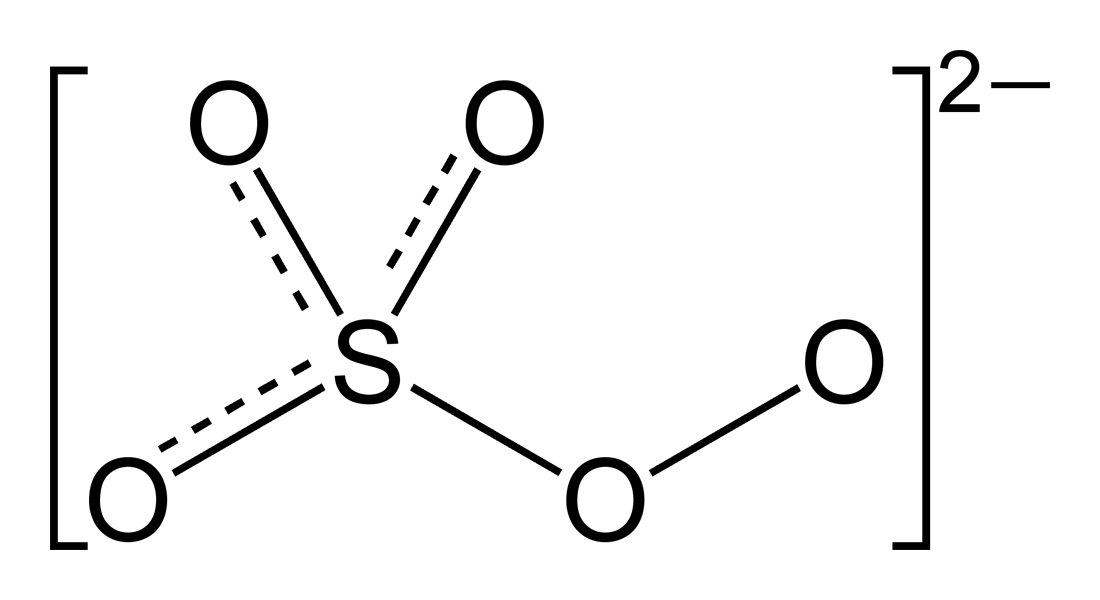 The peroxomonosulfate is a hypercoordinated molecule, in which the sulfur appears to exceed Lewis' rule of two, better known as the octet rule. In former times it was believed that d orbitals would contribute to bonding. This is not the case.
Bonding is better represented by

This bonding picture is much more in accordance with quantum chemical calculations and an NBO analysis on the DF-BP86/def2-SVP level of theory. The involvement of d orbitals is minimal (<1%).

It is noteworthy, that this molecule pretty much has the same bonding around the sulphur as in sulphate. It can therefore similarly be described. Have a look at my rant against hypervalency or the bonding picture of the $\ce{PO4^{3-}}$ anion, which is isoelectronic to sulphate.

Not the answer you're looking for? Browse other questions tagged bond ions lewis-structure or ask your own question.

24
Bonding in the phosphate ion
2
Why is hydrogen sulfate put together as it is?

0
What is the structure of Cl₂O₆?
4
Are the Phosphate and Sulfate ion diagrams with double bonds an invalid picture?
1
The MO and unpaired electrons