How is 2D spectroscopy able to show quantum coherent transport through networks?

For wave-like (quantum coherent) energy transfer in networks (eg. propagation of excitation in photosynthetic protein complexes of algae or FMO complex in plants) 2D electronic (photon echo?) spectroscopy is used (eg. in this article). I have read an article (unfortunately I can't cite it here) about how it works, but I didn't understand it. I know that the off-diagonal peaks in the spectrum mean some kind of coherence in the network but I don't know why. I also don't know what kind of coherence it means. What are meant by electronic eigenstates? What are the so called 'quantum beatings'? It would be very much appreciated if somebody would be so kind as to make these thing clear.

I'm going to focus on one question here. You really have several and it'd be better if you asked these as separate questions on the site.

First off, 2D spectroscopy involves using multiple pulses, just like multi-dimensional NMR experiments. There are a variety of techniques but in all cases, you're sending some sort of pump pulse which excites the system (e.g., electronic or vibrational levels) and then probing the system over time.

The resulting data is inherently two-dimensional. You know the absorption of the system along one axis, and the emission (or second absorption) along another axis. Often, you can watch this 2D data over time, giving you even more information.

Now how does this show coherence? Let's say you have some complex system. You take a UV/Vis electronic absorption spectra and you see two peaks. 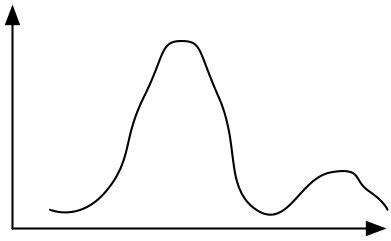 Now normally, you'd think of this system as having two distinct absorptions. Maybe it's a metal complex and you see a ligand-metal or metal-ligand charge transfer band and a d-d transition at longer wavelength.

But perhaps instead, some of the intensity in a peak comes from energy transfer. This can particularly be the case in biology or materials systems, where there are multiple photosynthetic reaction centers with ever-so-slightly different energies. So you excite one center, but then energy dumps into another one (e.g., at lower energy).

By using two-dimensional spectroscopy, that will show up as an off-diagonal peak. You'll excite at one wavelength, but it fluoresces at another one! 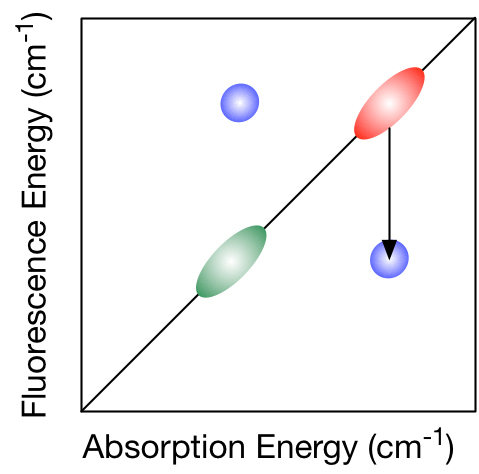 That's an example of coupling between oscillators (either vibrational or electronic). Now there are multiple ways that energy transfer could occur. Usually, this happens essentially as a diffusive random walk - all phase information is lost.

In some cases, the wave packet transfers from one state to another, but retains its phase. That's coherent.

5
How can we write the wave function in quantum mechanics?
0
How to identify ions by their quantum number?
28
How do Quantum Software Packages Work?
3
How photoluminescence (PL) spectroscopy works
12
How does absorption spectroscopy work?
0
How does mass affect bond stretching in UV spectroscopy?
1
Raman Spectroscopy: How to calculate their constants?
18
What exactly is meant by 'multi-configurational' and 'multireference'?