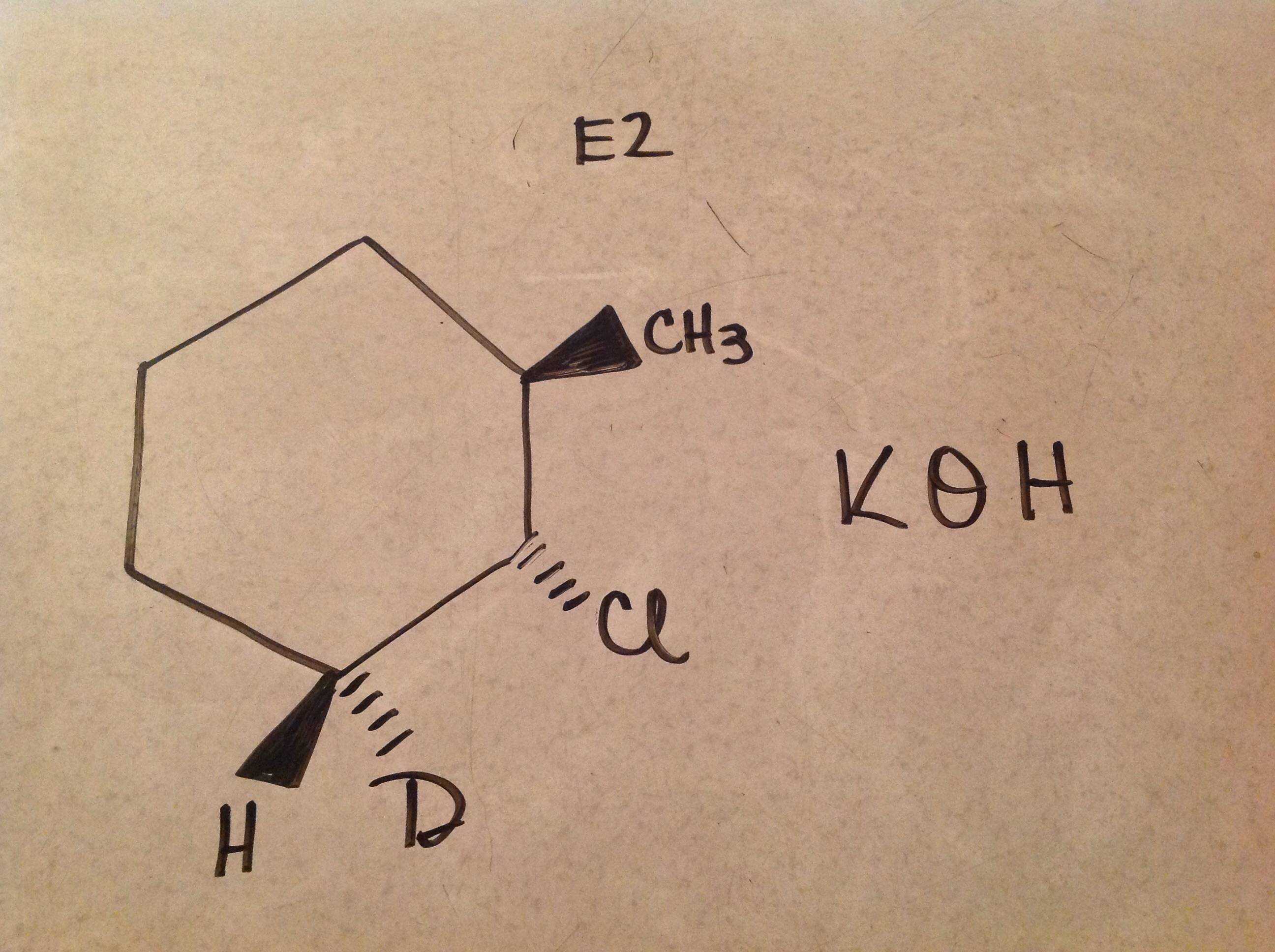 Ive been struggling to solve this dehydrohalogenataion excercise. How does the E2 mechanism work in this case and how is it affected by the stereoselectivity and antiperiplanar position? How do I get to the transition state and how does the chair conformations for the cyclohexane ring look like?

As you noted, the chlorine and the other group being eliminated must be antiperiplanar. In the case of the chair form of cyclohexane, this means that the chlorine and other group being eliminated must be trans-diaxial. In the figure below I've drawn the 2 possible conformations (interconverted by a chair flip) for your deuterated cyclohexane. Only in the top conformation is the chlorine axial, and the hydrogen on the adjacent (non-methylated) carbon is also positioned trans and axial. Only this hydrogen can be eliminated as it is the only one that is axial and antiperiplanar to the chlorine. Therefore, the only product produced when this material is treated with base and an E2 occurs, is the pictured 1-deuterio, 3-methylcyclohexene. The hydrogen on the methylated carbon cannot be eliminated since it is never axial when the chlorine is axial. 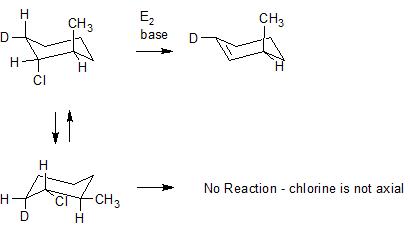 Not the answer you're looking for? Browse other questions tagged cyclohexane or ask your own question.