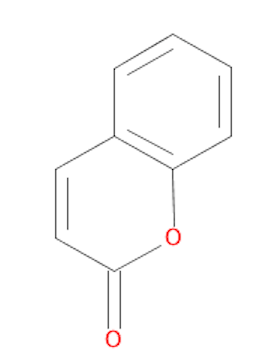 There are 6 individual hydrogens and none of them are equivalent. In the spectrum I have been given there are only four peaks.

I have been able to assign two double peaks at chemical shifts 6.43 ppm and 7.73 ppm to the two hydrogens on the alkene in the ring on the left. This leaves the four hydrogens on the benzene ring which should all be non-equivalent, but this spectrum shows them as two 2H peaks. Does this mean they have overlapped, and if so please help me figure out how. Should the multiplicities have been two ddd for the two H's in the middle and then the two H's on the ends should be a dd or ddd?

This is the expansion of those two 2H peaks in my spectra shown below. 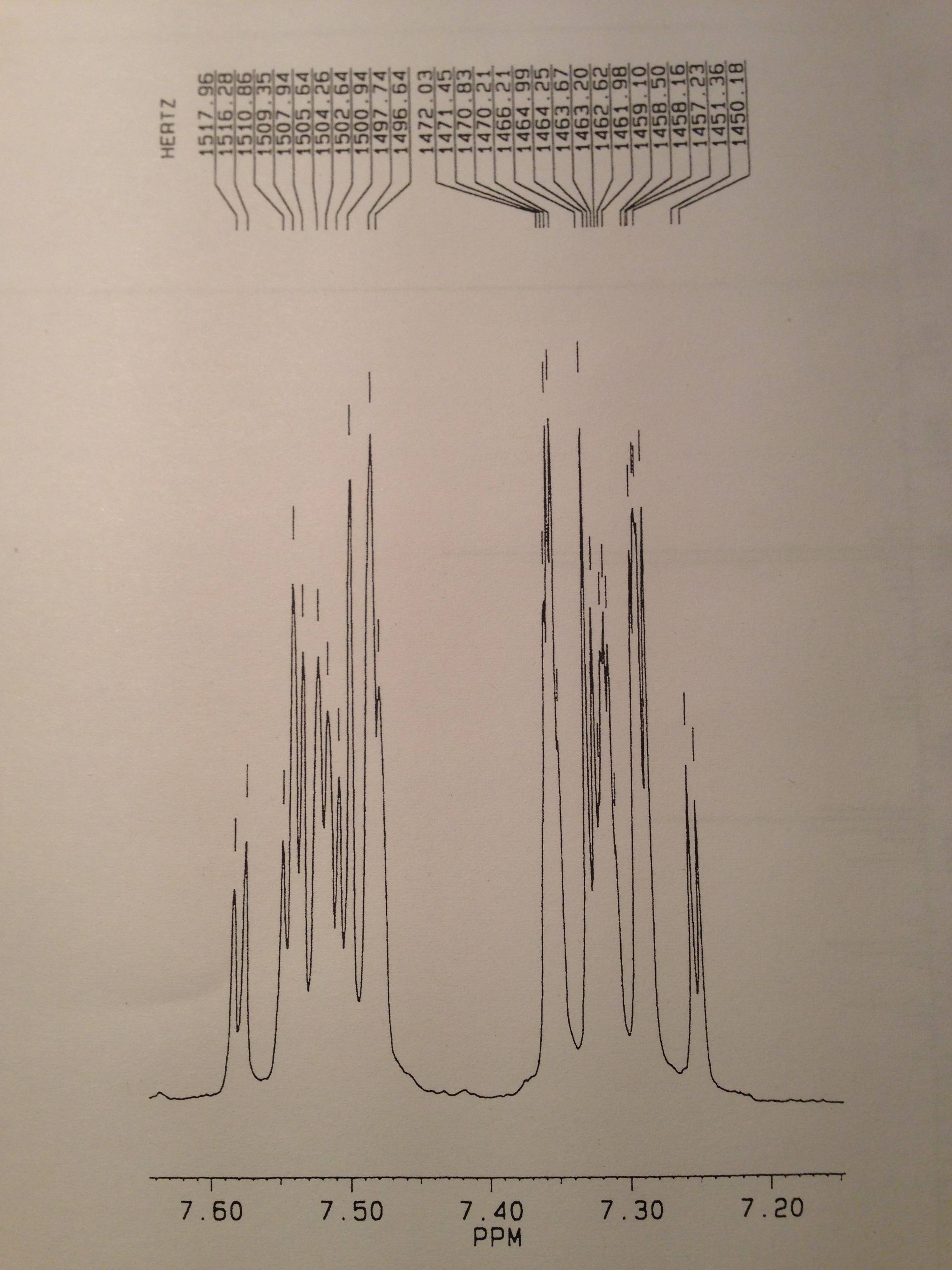 Don't you have an integral for this spectrum? This would show you clearly that you have two sets of overlapping signals, just as you have surmised.

Looking at the numbering for your molecule described: 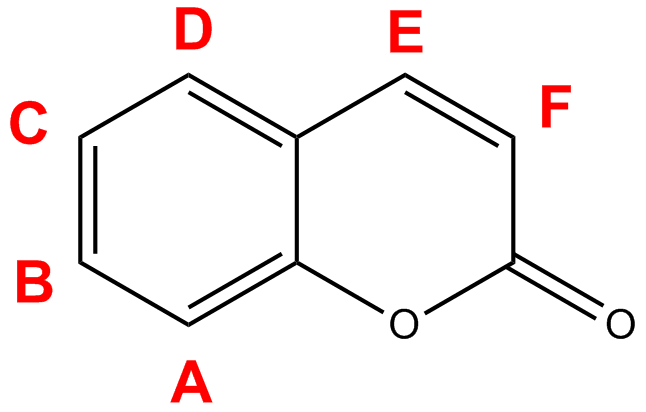 You are correct with the assignment for the vinyl protons. Proton E will be strongly downfield shifted, and F only moderately shifted from the base double bond chemical shift of 5.25. These values could be determined using additive tables found in lots of NMR textbooks.

The proton shifts for the aromatic ring can also be roughly calculated using additive tables, but what you have are indeed overlapping signals; Protons A and C are at ~7.3 and protons B and D are at ~7.55 ppm.

To predict the splitting patterns you anticipate for the aromatic system, consider first the general couplings you'd expect:

Let's ignore the para couplings for simplicity - they are not often seen.

So that should be the expected splitting pattern from this molecule. Now to justify the appearance of the peaks. Overlapping signals can often make things difficult to interpret. Without knowing what frequency this spectrum was recorded at, you also need to consider whether there are second order effects starting to manifest, certainly with the meta couplings. There will definitely be tenting of the peaks giving rise to distorted peak intensities from what would normally be expected.

So, I wouldn't be devoting too much time to the interpretation of overlapping signals like these. One thing I will say is that if you label the peaks as (say) a ddd, then you should be able to report all couplings for each d. Otherwise, if you cannot report couplings (and this means couplings, not splittings) report them as a multiplet (or in this case overlapping multiplets).

Complex splitting patterns of second order and overlapping signals can be analysed and simulated, but it takes a lot of work.You can try drawing out a splitting diagram for each signal using the approximate couplings for ortho and meta couplings, and then start overlapping through constructive addition to see what you get. It gets very complicated very quickly.

11
Why are all the phenyl protons in benzyl alcohol equivalent in the ¹H-NMR spectrum?
0
Unexplained peak cluster in proton NMR trace?
2
1H NMR of p-methoxy phenol, 32 possible lines?
5
Proton NMR Spectrum for Nicotinic Acid
3
Assigning the 13C NMR spectrum of bromobenzene and 4-bromobenzophenone
0
Identifying an alkyl bromide from NMR information