Also while we're at it are there any non ab initio calculations/empirical studies on this interesting thiol ion?

For both older papers, the computational results (using basic Hartree Fock) would be considered highly suspect under modern peer review, since Hartree Fock is known to have problems with anions. Certainly the 1975 paper doesn't even mention the basis set.

Seen below, it's clear that the results are method dependent, but the best current methods, with reasonable basis sets indicate the bond length is at least slightly shorter due to some partial double-bond character.

The first thing to consider in this is that there are two forms of $\ce{CH2SH-}$, syn and anti, based on the orientation of the formally C-bound anion and the SH group: 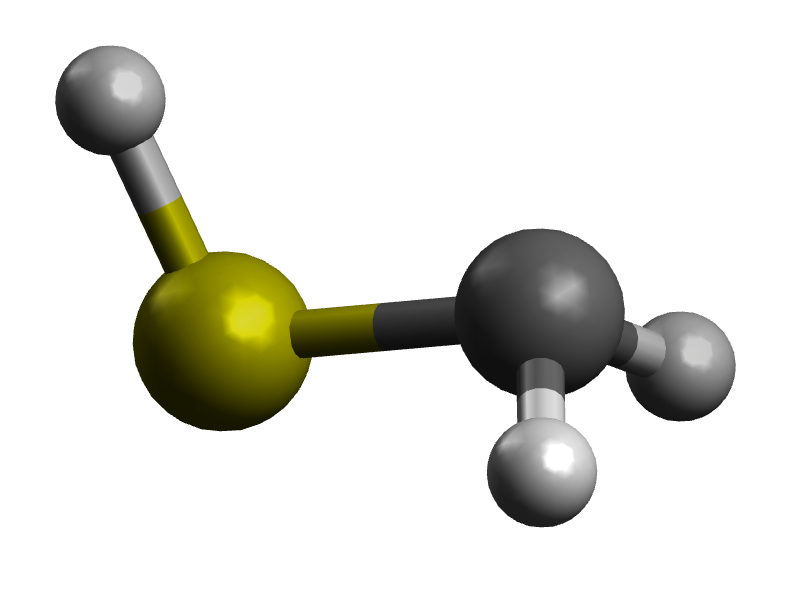 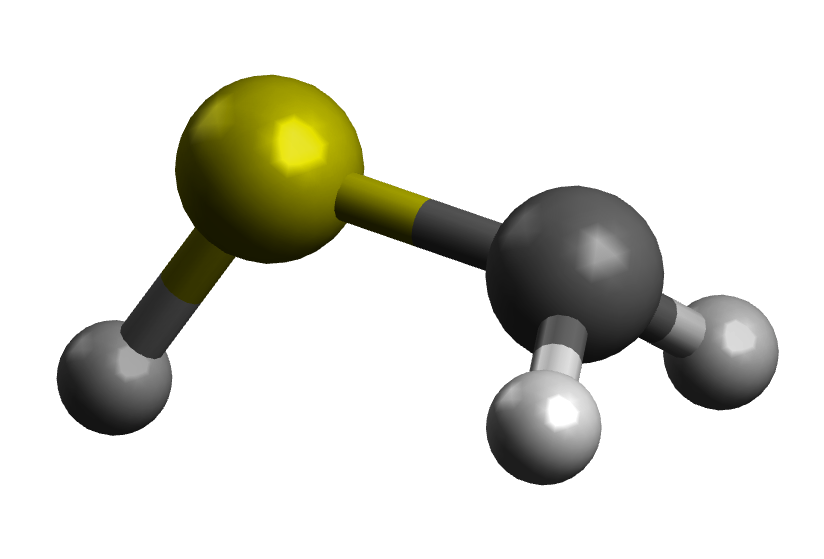 These will have different bond lengths, since the anti form will have contribution of resonance structures II and III from Ron's answer. This gives some double-bond character and should likely have a shorter bond, although electrostatic repulsion could also be invoked.

The syn form won't have a clear effect, since the C anion lone pair and the S lone pairs are on the opposite side of the bond. My guess is that the bond length is about the same as $\ce{CH3SH}$.

I think the clear message is that we can explain a lot of things, but it's better to know if our results are accurate before trying to explain them.

What I see with more modern computational methods is that the syn form has similar C-S bond length to $\ce{CH3SH}$ and the anti form is slightly shorter. I suspect the previous result is simply wrong. Calculations involving anions are tricky, since the extra electron is usually highly diffuse. I expect the basis set was simply insufficient.

The difference in energy between the two forms is ~1 kcal/mol, so experimentally, these will interconvert readily, and an average bond length would be observed. As mentioned in the comments, this species would probably be hard to observe, even in the gas phase, since $\ce{CH3S-}$ is more stable.

For all methods, full geometry optimization was performed using the methods indicated. I would consider the CCSD calculations to be high quality.

First, the difference we are talking about is only 0.074 A, it's always difficult to be sure what causes such small changes. That said...

Then, in the case of the anion, resonance structures II and III suggest that there is appreciable negative charge on both carbon and sulfur, consistent with the high $\ce{q_{b}}$ and $\ce{q_{c}}$ values reported in Table I (-0.620, -0.328, respectively). The appreciable negative charge on both carbon and sulphur, in the anion, results in coulombic repulsion and a slight elongation of the carbon-sulphur bond, from the somewhat shortened bond length observed in the neutral compound.

22
What is natural bond orbital theory used for?
72
Bonding in diatomic C2, a carbon-carbon quadruple bond?
9
Steric effects of a lone pair and piperidine
13
Radiation in space and its effects on chemical reactions?
20
Similarities and Differences between Resonance and MCSCF treatments
1
Nuclear zero-point energy and quantum delocalization effects of water molecules
7
How real are bond dipoles?
7
Why does HNO2 not have resonance?
1
What are the effects of radio waves on matter?
10
Will Proving or Disproving of any of the following have effects on Chemistry in general?