Si and Re facial descriptors

I am considering the hydrogenation of 2-butanone with respect to its Re and Si faces.

So if we look at 2-butanone as I've drawn below from above we are looking at its rectus face.

And from below we are looking at its sinister face.

We'll keep the wedge and dash groups as they are and the carbon and oxygen both on lines. In other words we keep two points as is in the originally trigonal planar 2-butanone and when the hydrogen inserts itself, the other two points (a hydrogen and an alcohol group) pop up out the plane to form the classic tetrahedral shape of an $\ce{sp3}$ carbon atom.

How's the reasoning? Am I right? I am fairly sure. But not completely sure. 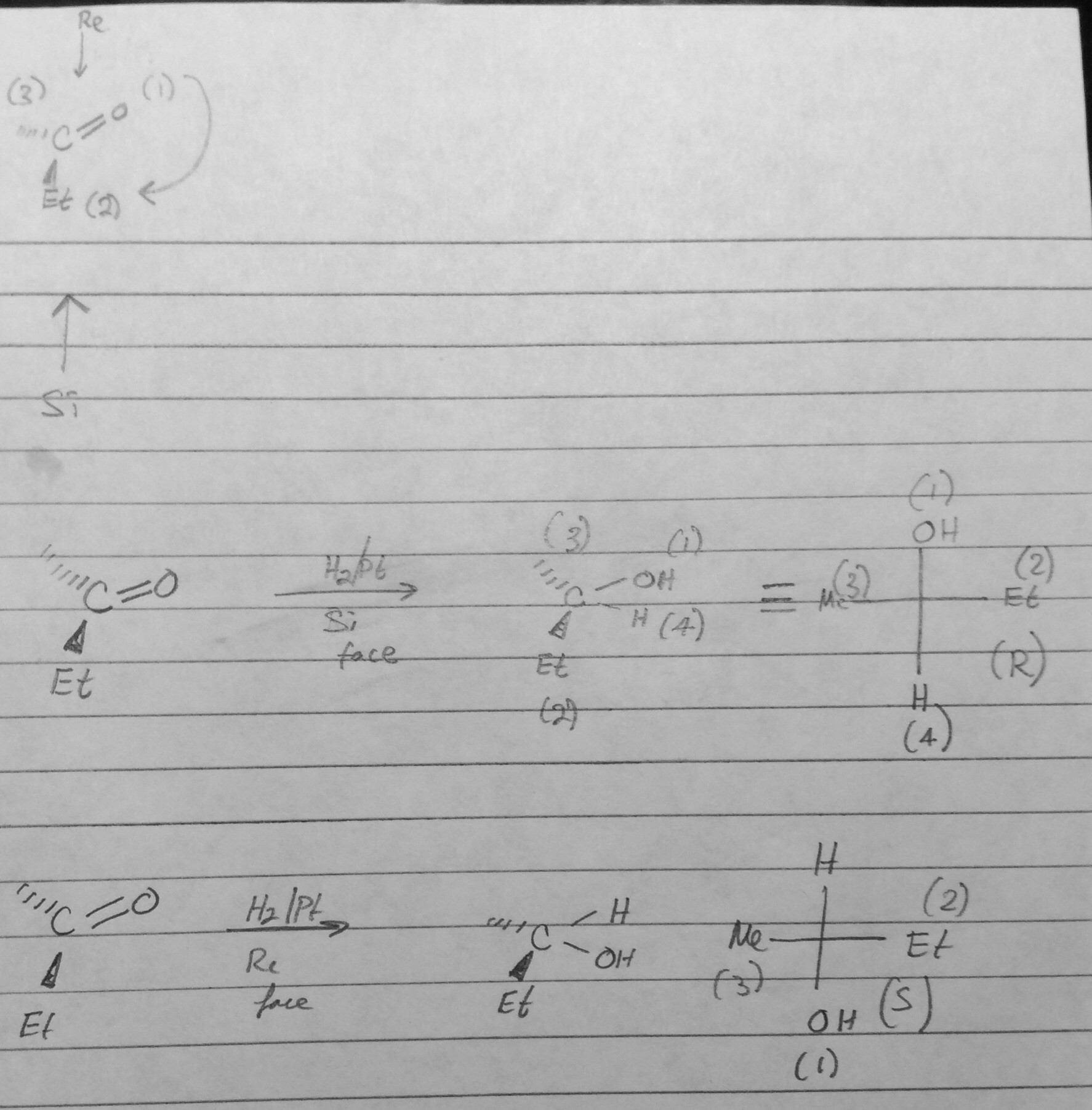 When looking at the corresponding Wikipedia article for prochirality you will find out, that your reasoning is correct for the hydrogenation. Of course if you have a different nucleophile, then the situation would change, as the Cahn-Ingold-Prelog identifiers would change.

10
Phenyl vs methyl cis/trans stability
4
Determining absolute configuration when the lowest priority group is not facing backwards
5
Determination of (R) and (S) configurations from a Haworth projection
2
How to draw Fischer projections for carbon chain having more than two carbons?
4
How to wedge d/hash notation a molecule?
6
Melting point of unsymmetrical dimethylhydrazine vs 1,2-dimethylhydrazine
8
Does the Location of Line-Dash-Wedge Notations Matter?
5
Is (2R,3S)-3,4-dimethylpentan-2-ol feasible to be dehydrated with POCl3 and pyridine?
0
Compare the boiling points of isobutane and 1-butyne