Is there a hierarchy to functional groups?

I also know that there exist functional groups such as those of esters, ketones and amides which come under the acyl group. However, thinking about this recently I also realised that there existed a carbonyl group, which is also present in a ketone?

Could someone please make this hierarchy of functional groups a bit clearer?

Wikipedia does a decent job of explaining this. 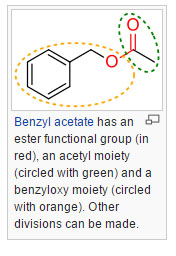 In this illustration there is an ester functional group and an acetyl moeity.

As for your second question about the acyl group, my understanding is that the formula is RCO- and that the X is not necessary to define the acyl group. The R represents an alkyl group. 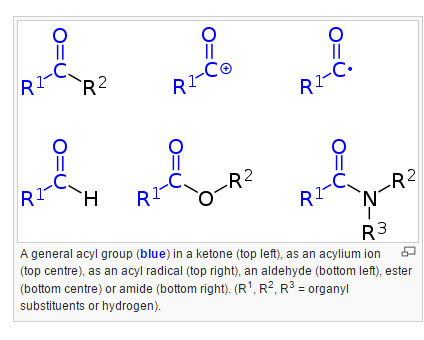 22
Electrophilic Aromatic Substitution: Are protonated OH-groups ortho-/para- or meta-directing?
8
Naming compounds with multiple -COX functional groups
5
Is there a systematic naming system to name carbonyl derivatives?
0
How can functional groups be bounded?
0
Meanings of isopropyl, n-butyl, isobutyl, s-butyl and t-butyl and differences between them
2
The delocalised nature of hyperconjugation
0
Wittig reaction with an alkyl dibromide