How do you explain pKa to non-professional?

Does this mean that in the solution with $\mathrm{pH}$ near $8$ the substance $\ce{A}$ has multiple molecules in neutral state and not dissociate, thus it forms precipitates?

Are bold parts right? Please explain in plain English without the use of external links.

pKa and pH are related concepts but often confused. pKa is a property of a compound that tells us how acidic it is. The lower the pKa, the stronger the acid. pH is a property of a particular solution that depends on the concentrations and identities of the components.

For this discussion, I'm going to use the terms protonated and deprotonated to mean that a compound is associated or dissociated with a proton.

Given the information you provided, if compound A (with pKa 7.9) is in a solution of pH 5.2, compound A will be in the protonated state.

Without knowing anything about the identities of A and B, the following is speculation. Most likely compound A is a base and compound B is an acid. The protonated version of A (its "conjugate acid") is more stable for long term storage than A itself.

Another possibility is that compound A is an acid and B is a stronger acid. If the deprotonated version of A is unstable, then compound B is added to ensure that if the mixture came in contact with a base, something more acidic than A would be present to react with the base.

EDIT BASED ON NEW INFORMATION: As Mateus B said, lidocaine will be protonated by HCl at the amine nitrogen. This is likely done for two reasons. First, as its hydrochloride, it will be more water soluble. In solution, the compound will dissociate into protonated lidocaine cation and chloride anion. Second, as the nitrogen is protonated, it is less reactive to the environment. Over time, amines can react with oxygen to form the corresponding N-oxide and/or can absorb carbon dioxide.

Let's say we have substance A which was mixed with substance B to improve shelf-life because pKa of the substance A is 7.9 and in mix the pH is 5.2. Does this mean that in the solution with pH near 8 the substance A has multiple molecules in neutral state and not dissociate, thus it forms precipitates?

Does pKa mean that most of the molecules of the substance A are in nondissociated state?

Does lowering pH in this case causes substance A to dissociate?

No. Increasing pH causes substance A to dissociate.

If your pH is higher than pKa, then [A-] must be greater than [HA].

If you lower your pH such that it is lower than pKa, then [HA] must be greater than [A-]

Therefore, by increasing the pH, you are dissociating HA into H+ and A-. Which makes sense according to the Le Chatelier principle, where H+ is released to counteract the increase in pH (or the decrease in [H+])

I think users @jerepierre and @t.c provided excellent answer above, but I will attempt a more simplified answer as requested.

First we need to understand what happens with an acid (with a specified pKa value), when a solution reaches certain pH values.

Without knowing more about the specific chemical nature of the molecule, we cannot know more about what will happen. In general, in a water solution more deprotonated or protonated acids will be more soluable (more molecules stays in solution). This is a result of that part of the molecule gaining an electric charge when gaining or losing extra protons. This charge makes the molecule polar, and soluable in polar solutions (such as water).

Solubility of a molecule can be explained using another concept that relates to pKa. This is called the isoelectric point (pI). Sometimes molecules are large, and complex. Several different parts of such a large molecule can be either 'acidic' or 'basic', depending on their chemical nature. They then gain or lose charge differently as the pH of a solution changes. At a certain pH, all the charges even out and the molecule becomes neutrally charged (instead of positive, or negative). It then loses its polarity which makes it soluable in water and it precipitates.

By specifying that A is lidocaine I could say that by adding HCl to it you'd be forming a diferent compound, lidocaine hydrocloride. 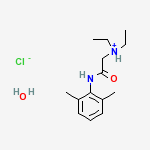 Not the answer you're looking for? Browse other questions tagged acid-base solubility or ask your own question.

2
What is the difference between pH and pKa?

4
Can you carbonate a non aqueous liquid?
3
How do you have pKa for a base?
0
pKa explanation through empirical formula?
7
How can we explain solubility of hydrogen sulfide in water?