Does pyridine or furan have the more shielded proton NMR signals?

I know that both are aromatic, so both have rather deshielded signals due to ring current combining constructively with the applied magnetic field.

However, which would have the more shielded signal? I know that shielded protons have more electron density around them. I guess then the question boils down to whether nitrogen or oxygen is more electron-releasing, as both nitrogen and oxygen have at a lone pair participating in resonance.

Here is the proton nmr spectrum for pyridine. 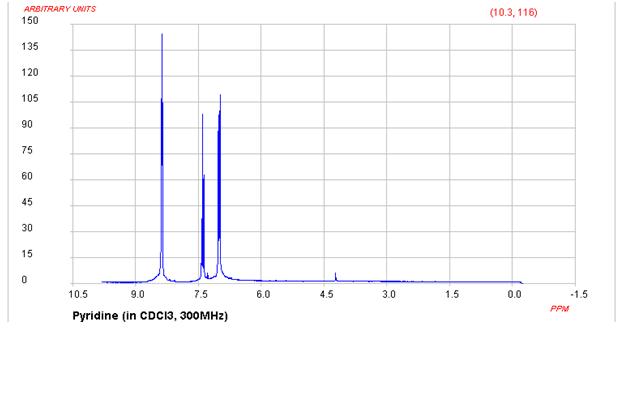 Here is the proton nmr spectrum for furan 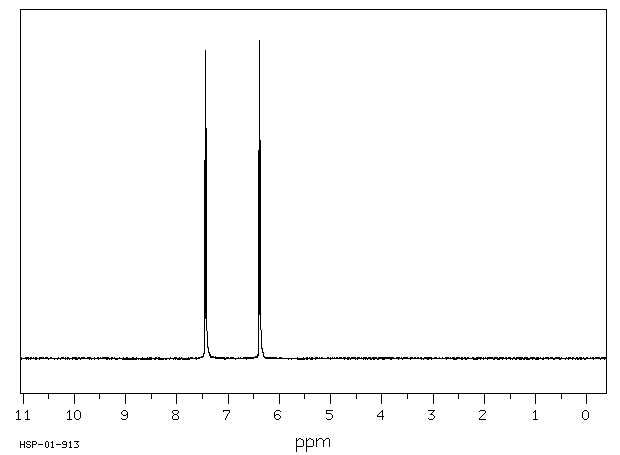 For comparison, benzene has a single proton nmr signal at 7.27 ppm. In both pyridine and furan there are different types of protons, so multiple signals are seen in both cases.

Here are the resonance structures for pyridine

In addition to resonance effects there are also inductive effects and ring currents that will modify the proton chemical shifts. Inductively, the alpha positions in both molecules will be deshielded. Ring currents will also deshield the protons as you've noted.

All of the signals are in the general vicinity of benzene. The alpha-protons in both molecules are the most deshielded due to inductive effects, with furan's alpha signal upfield from pyridine's due to the electron donating resonance effect of the furan oxygen. The beta proton in furan is the most shielded since it is not inductively deshielded and, again, the oxygen in furan is pushing electron density into the ring via resonance which will cause shielding.

Ron's answer addresses the empircal data, but I feel compelled to comment that your assertion that pyridine has a nitrogen who's "lone pair participating in resonance" is not correct.

In pyridine, nitrogen is sp2 hybridized and forming a pi-bond necessarily puts the lone pair perpendicular to the ring, and so it may NOT donate the lone pair via resonance. For the sake of completeness, pyrrole (like furan, but with nitrogen), will have a lone pair that is involved in resonance, and hence be an electron rich ring, similar to what was explained by Ron.

The essence of this problem is comparing the geometry of this lone-pair. The switch between nitrogen and oxygen is a red herring, and questions like this are asked to make sure you are able to form judgments about which factors are more strongly contributing to the observed phenomena. In this case the resonance dominates the difference in electronegativity.

Not the answer you're looking for? Browse other questions tagged organic-chemistry spectroscopy nmr-spectroscopy heterocyclic-compounds or ask your own question.

3
NMR: Most deshielded protons (electron withdrawal)
12
Why is proton coupling through bonds and how does this affect identical protons?
2
Benzene and proton in 1H NMR
10
Historically, how was the connection between NMR peaks and hydrogen atoms made?
19
Multiplet shape in proton NMR of morpholines
7
NMR Splitting for Adjacent, Equivalent Hydrogens?
3
NMR sweeping magnetic field
0
Protons on aromatic rings in NMR
1
NMR spectrum chemical shift confusion
3
Which of these protons are equivalent? Which NMR signals correspond to which protons?