Is KF the most ionic compound?

I saw somewhere (can't recall where) that KF is the most ionic compound. I expected CsF. Does the greater polarizability of Cs allow it to more easily form covalent bonds compared to K? Does this overcome the fact that K being in n = 4 should bond better with F in n = 2?

Yes, this is a subtle thing.

Unfortunately, an ionic bond requires separating charge, so $\ce{Cs+F-}$. The problem is that $\ce{Cs+}$ is much larger than $\ce{K+}$ and so the dipole moment for a fully ionic $\ce{Cs+F-}$ would be much larger.

We find that the charge isn't fully separated, likely because of the need to stabilize the large dipole moment.

IIRC, I think on that basis LiF is more Ionic than KF. 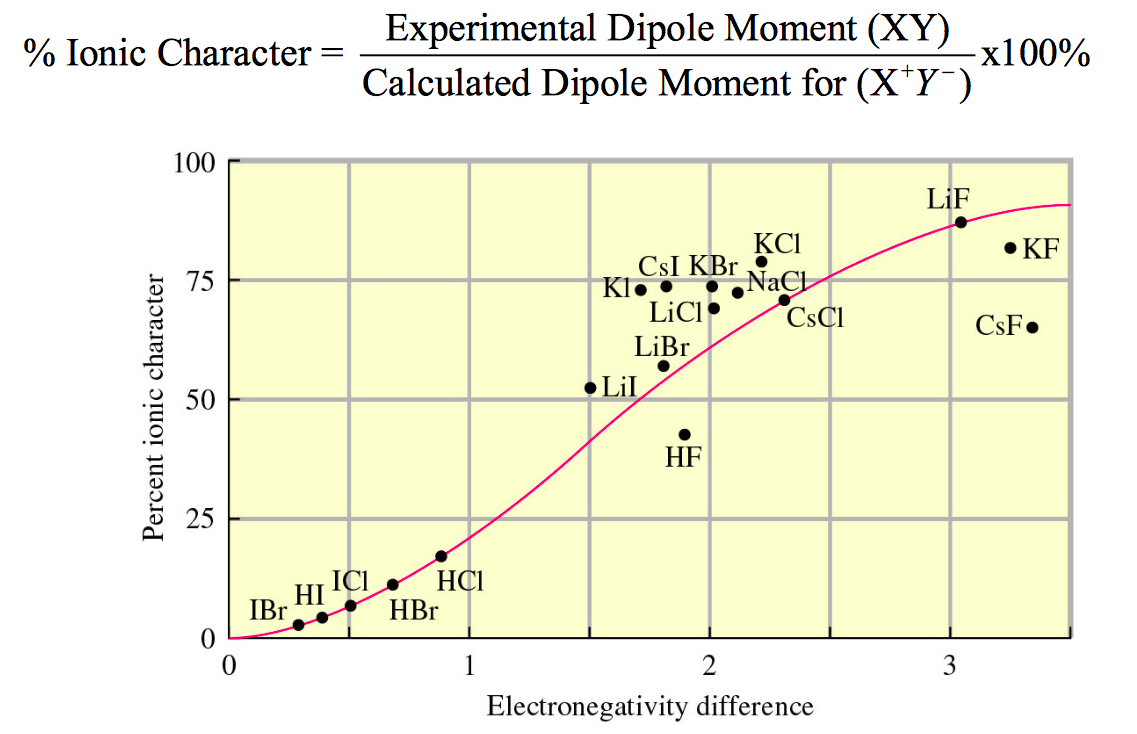 For more, I really like Bruce Robinson's lecture notes: http://courses.washington.edu/bhrchem/c152/Lec23.pdf via the Internet Archive

Not the answer you're looking for? Browse other questions tagged inorganic-chemistry bond ionic-compounds electronegativity or ask your own question.

0
Ionic Character, on which factors do it depend
1
Why is HF much more covalent than KI despite having a greater electronegativity difference?
19
The impossibility of 100% ionic bond
39
Can 100% covalent bonds exist?
13
Why isn't water an ionic compound?
9
Is KHF2 an ionic compound or a covalent compound?
7
Is the bond in HF ionic while it is covalent in HCl?
13
Newer ionic radii data than Shannon's 1976 compilation?
6
Is beryllium difluoride covalent or ionic?
4
Is FeS2 both an ionic and covalent compound?
See more linked questions