Why is a strong base needed for an E2 reaction and not a an E1 reaction?

E2 typically uses a strong base, it needs a chemical strong enough to pull off a weakly acidic hydrogen.

However it does not explain why. The lone pair of the base directly attacks the hydrogen, regardless of E1 or E2.

E2 is a concerted mechanism. The alpha proton in an E2 reaction substrate is also only weakly acidic because the bond between the alpha proton and the alpha carbon is relatively strong; there is only some inductive withdrawal of electron density from the C-H bond by the halogen.

Therefore, we need a strong base to rip the proton away from the alpha carbon. 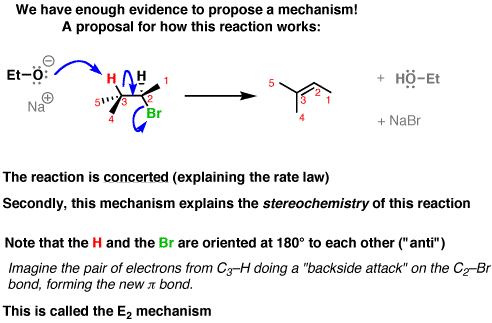 E1 however involves two steps. In E1 the leaving group leaves, and then the base attacks.

When the leaving group leaves, a carbon lacking an octet is formed. This carbon is highly electronegative and will withdraw electron density. This makes any alpha proton more acidic as hydrogen is less electronegative than plain old carbon - much less a carbon deficient of an octet in a covalent framework.

In other words, electron withdrawal by the carbocation weakens the bond holding on to the alpha proton, and a weaker base suffices for taking away the proton.

Note that I don't particularly like the below picture because it doesn't show anything abstracting the proton. Still the general idea is correct; electron density from the alpha C-H bond flows toward the hypovalent carbon. Heck, we can draw valid, hyperconjugative resonance structures for this baby.

Also, if you tried using a weak base with, for example, a primary substrate then you would see $\rm S_N2$ and $E_2$ (however this is not practical due to the slowness of the reaction).

-1
Product of a organic reaction with KOH

4
E2 reaction - strong base
2
What are the common products of the reaction: 2-bromobutane and NaOH
7
Clarification on the $\mathrm{S_N2}$ mechanism
5
Reaction of chloroform, resorcinol and strong base