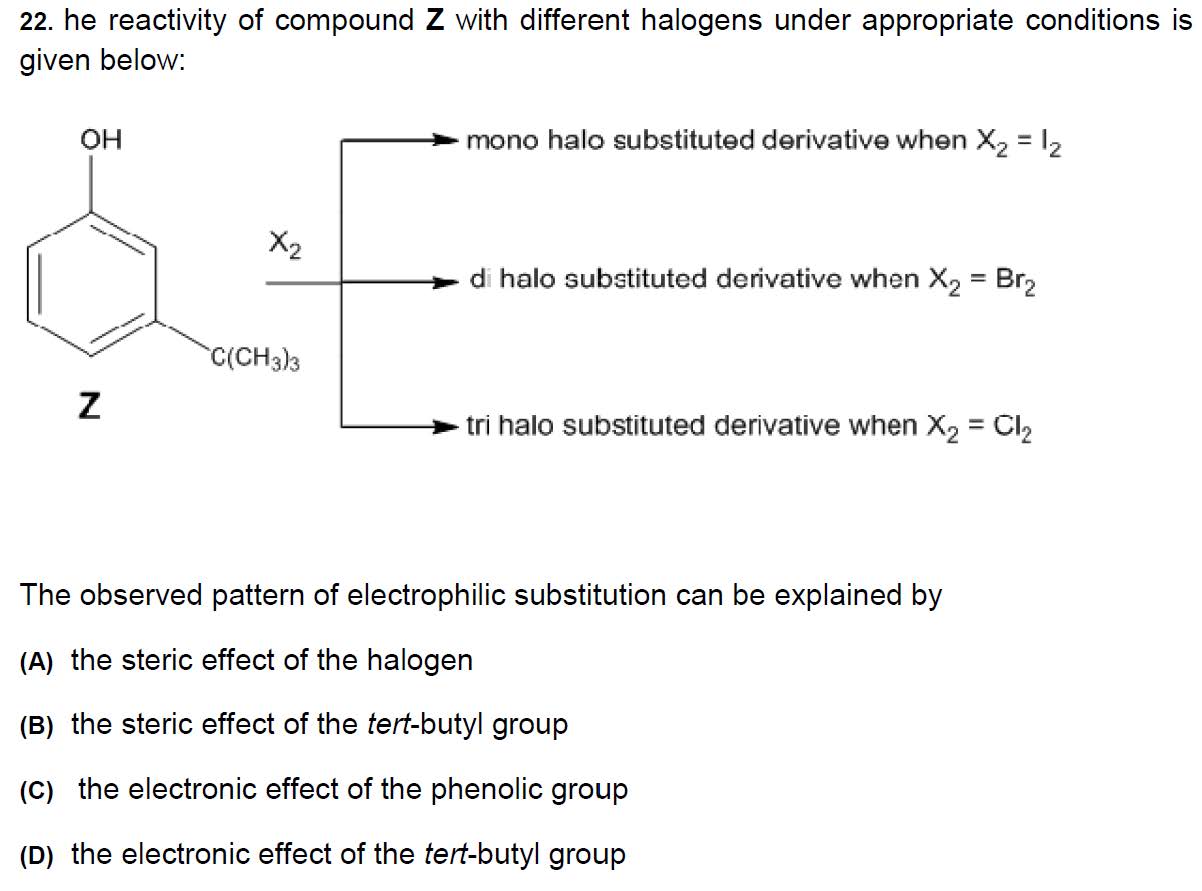 This is a question which I come across in an examination. I know the answer and also know the solution. Well when I first saw this problem I didn't know how to approach this problem and I think I will still not be able to predict the correct answer of a question which will be based on this question's type . I am not asking that this is "this" reaction and it must proceed like" this " ,but what I want is how will you approach this problem . What will you think on first look of the problem. What all things you will observe from question and also do write what you think the answer must be . Also BEWARE THIS HAS MULTIPLE ANSWERS CORRECT. I am not telling you the answer because it would be easier to explain that answer . Also, please those who have seen this problem earlier. Please resist yourself from posting answers.

The first thing I notice is the hydroxyl group, a very powerful activating group and an ortho-para director. The hydroxyl group is such a strong activator that if you take a solution of phenol and drip bromine into it, the phenol will react with the bromine so rapidly that the bromine color will be immediately removed from the solution as 2,4,6-tribromophenol is formed.

The next thing I notice is the very bulky t-butyl group, also an activator, but much milder than hydroxyl and also a mild ortho-para director.

Next I notice that the two substituents are arranged meta to one another. There is one position in between the two groups that will be sterically blocked (double-ortho effect); the position on the other side of the t-butyl group will also be sterically blocked, but not as bad. Also the directing effect of the hydroxyl group will overwhelm the directing effect of the t-butyl group.

Finally, in the halogen series size increases from chlorine to iodine.

In the reaction with iodine, the position ortho to the hydroxyl group and para to the t-butyl group is the only position that is electronically activated and sterically accessible to the bulky iodine.

Based on this reasoning, I would select answers A, B, and C. I would probably also include D because the results are (weakly) reinforced by the electronic effect of the t-butyl group.