Why is the excluded volume in van der Waals 4 times the actual volume of the gas molecule?

I am having trouble understanding why the excluded volume of a particle is four times its actual volume.

According to Wikipedia, "The excluded volume b is not just equal to the volume occupied by the solid, finite-sized particles, but actually four times the total molecular volume for one mole of a Van der waals' gas. To see this, we must realize that a particle is surrounded by a sphere of radius 2r (two times the original radius) that is forbidden for the centers of the other particles. If the distance between two particle centers were to be smaller than 2r, it would mean that the two particles penetrate each other, which, by definition, hard spheres are unable to do." 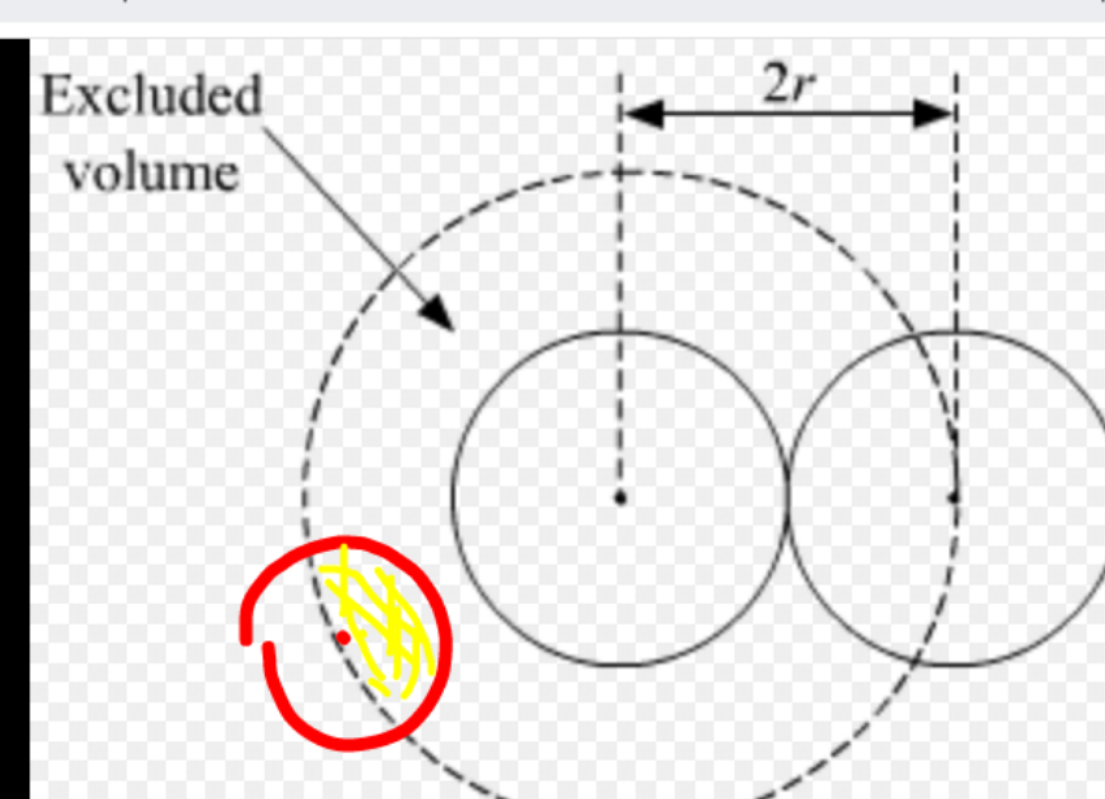 2 balls and nothing else, taking 1/4 of volume in the double size free sphere, is a model of a minimal free space for free molecule moving.

For the pressure-aware gas state equation, it effectively means like if the own molecular volume were like 4 times more than it really is.

Not the answer you're looking for? Browse other questions tagged physical-chemistry gas-laws van-der-waals-behavior or ask your own question.