Which atoms in a given amino acid are able to form hydrogen bonds with water?

Can anyone help me with this question I have tried everything. I know hydrogen bonding is with $\ce{F}$, $\ce{O}$, or $\ce{N}$, but every time I select those is says it's wrong. 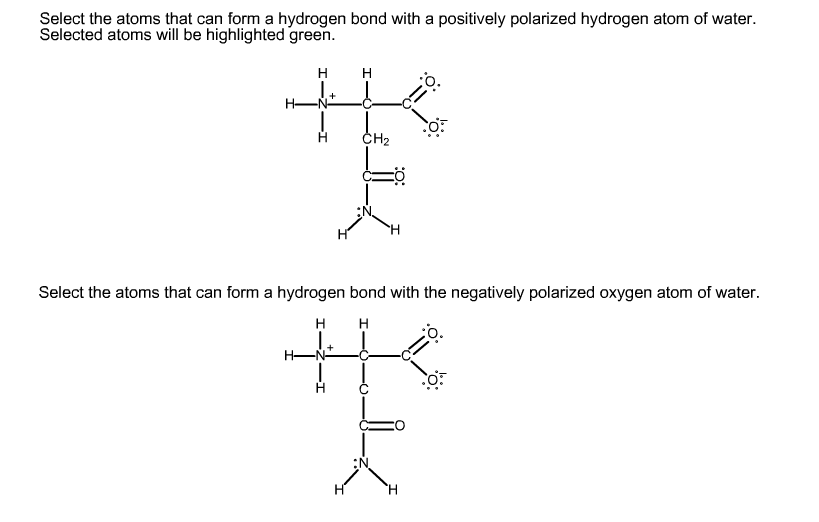 The positive end of water can hydrogen bond with N, O, or F, as you said, but only if A) the geometry of the atom allows the water and N/O/F to get close to one another and B) the N/O/F has a lone pair of electrons. This happens at each of the green circled nitrogen and oxygen atoms. The red circled nitrogen is a decoy, as it is neither geometrically available nor does it have the appropriate configuration of electrons. 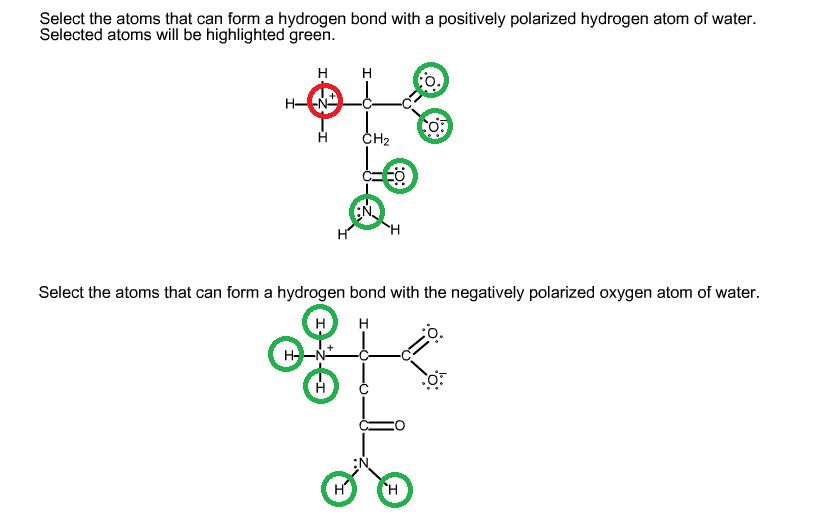 Not the answer you're looking for? Browse other questions tagged organic-chemistry biochemistry hydrogen-bond or ask your own question.

0
How to tell if a molecule will participate in hydrogen bonding with water?
8
How do you identify reducing / non-reducing sugar by looking at structure?
0
Why are phosphate-phosphate bonds weaker than phosphate-water bonds?
2
Synthesis of phosphonate salt not working
7
Oxidation of alkenes with KMnO4
6
Why is ice less dense than water?
4
Is there intramolecular hydrogen bonding in salicylaldehyde?
5
Can =NH2+ in Arginine's side chain form hydrogen bonding at physiological pH?