Why is proton transfer so fast?

Why is proton transfer always kinetically favored? In other words, why are Brønsted acid-base reactions so quick?

Is it because protons are generally unhindered, sterically? This seems plausible; consider an alcohol. The proton isn't blocked by any bulky groups. It's on the end of a oxygen atom.

Due to their low mass, protons can tunnel through barriers, they don't always have to go over the barrier in an activated process. Proton tunneling becomes particularly important at low temperatures where the available thermal energy may be inadequate for an activated process (e.g. over the barrier) to occur. A nice, brief and not overly-mathematical introduction to tunneling can be found here. 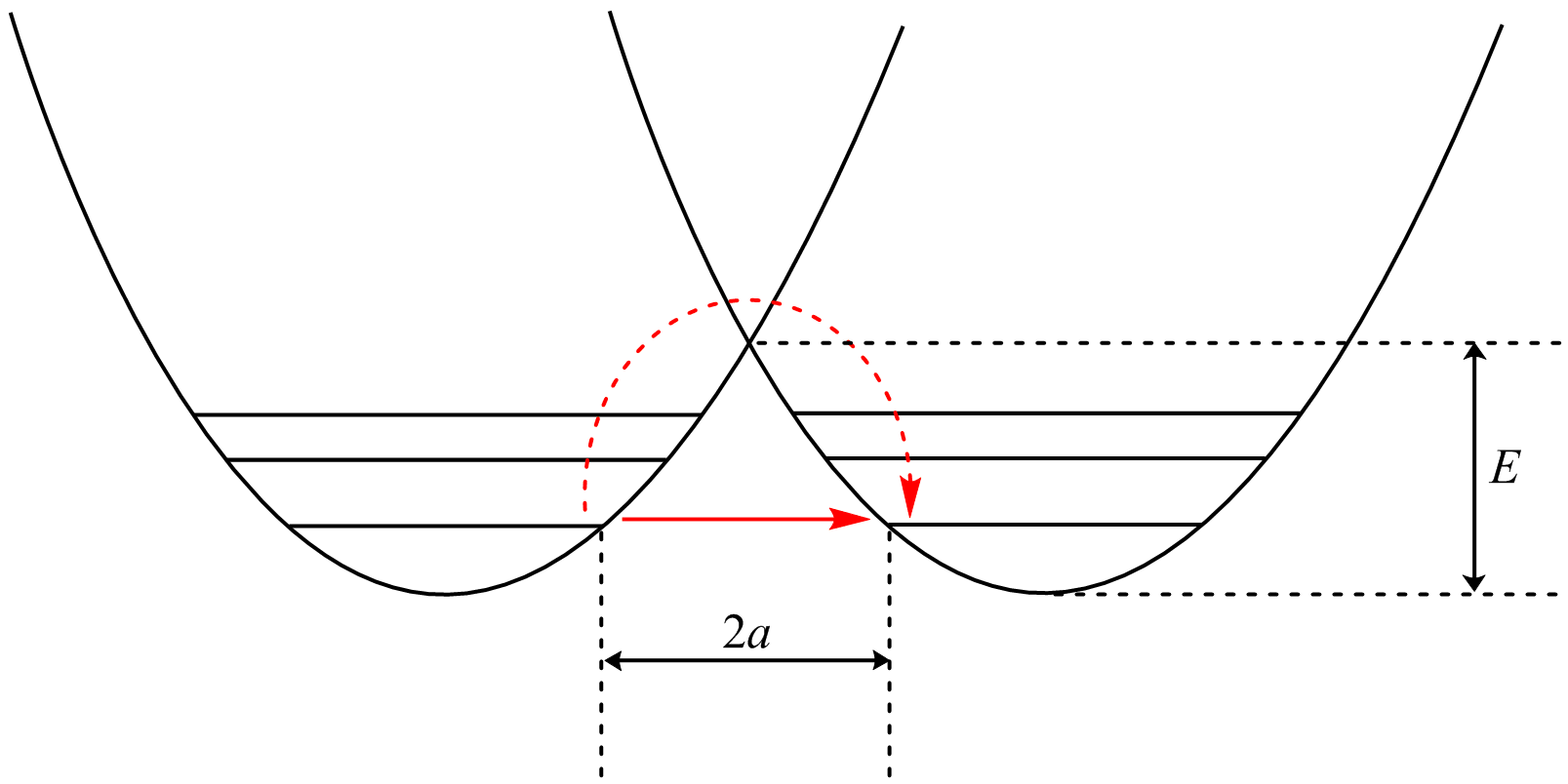 A second reason why proton transfer is so facile relates to hydrogen bonding. If hydrogen bonding is present, then the proton only needs to elongate one bond (the initial bond) while simultaneously shortening the hydrogen bond in order to effect transfer from one molecule to the next. This energetically compensating process reduces the activation energy required for proton transfer. In solvents with hydrogen bonded clusters or chains (water would be one such example), this process can be repeated within the cluster thus allowing the proton to cover large distances (from one side of the cluster to the other) on a very short timescale. In other words, only minor mass movement is required; by simply shortening some bonds a bit, and slightly elongating others, a proton at the left side of a group of molecules (top row in the following figure) can "reappear" on the right side of the chain (bottom row) extremely rapidly. This process is referred to as the Grotthuss mechanism after its discoverer. Some of the finer points of the mechanism still constitute an active areas of research. 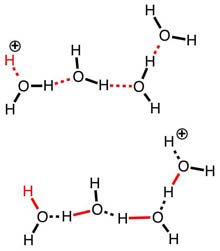 Not the answer you're looking for? Browse other questions tagged acid-base kinetics or ask your own question.

18
Protons and the Heisenberg principle
2
When does nucleophilic attack and proton transfer happen?
0
Mechanism of alkaline hydrolysis of cyclic amide

109
Is there a general consensus on the causes of the alpha-effect?
10
Proton transfer equilibrium in bisulphite adducts
4
Steric Hindrance and Brønsted Basicity
10
Why does vibrational frequency influence quantum tunneling of a proton?
2
why Ammonia is proton acceptor