How is the intermediate compound 2-chloropropan-1,3-diol is formed when hypochlorous acid is added to allyl alcohol in the preparation of glycerol?

The expected product is 3-chloropropan-1,2-diol since secondary carbocation is more stable than primary but it is not formed.

I have surfed the internet a lot regarding this and none seems to be a simple, reasonable answer. Can anyone please explain this mechanism clearly.

The answer seems to be pretty simple, surprisingly.

I've asked my chemistry sir and this is what he said. 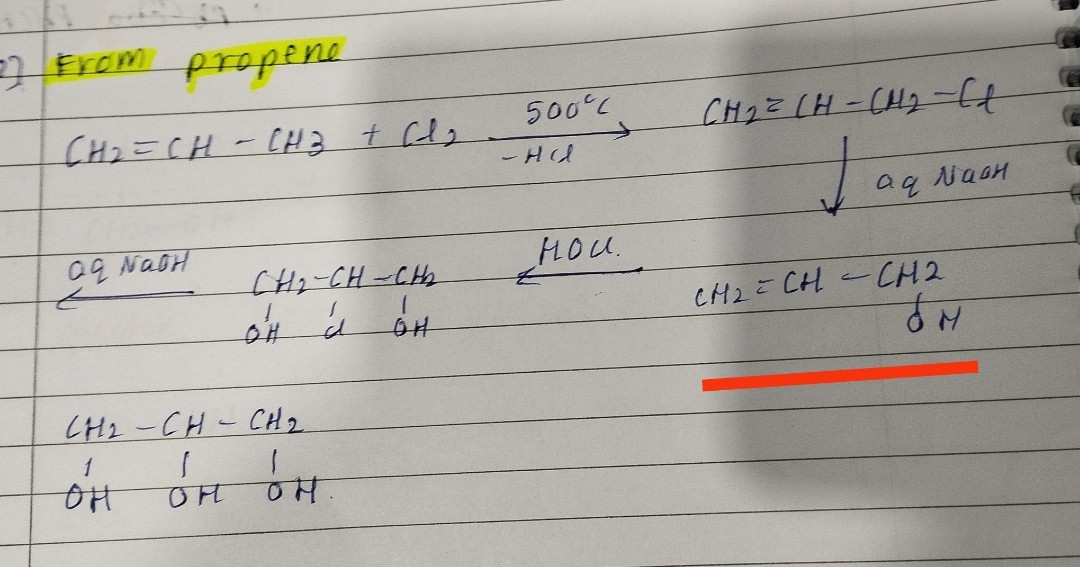 In the underlined step, 2° carbocation is supposed to be formed.

But there is -I effect from OH group which makes the carbocation close to it, that is, 2° carbocation less stable.

Not the answer you're looking for? Browse other questions tagged organic-chemistry reaction-mechanism alcohols hydrocarbons or ask your own question.

3
How can I predict the product of the reaction of 2-methyltetrahydrofuran with HI?
12
Ring contraction in pinacol rearrangement of cyclohexane-1,2-diol
8
False positive in lucas test for primary alcohol due to formation of tertiary carbocation by rearrangement?
2
Which mechanism should a reaction between the cyclopentylmethanol and the HBr should follow?