Formula of what substance is shown in the clip Disappointed by Electronic? [closed]

I'd like to know the substance (if any) the model of which is shown in the clip Disappointed by Electronic. The following screenshot is taken from the video electronicofficial — Electronic - Disappointed (YouTube): 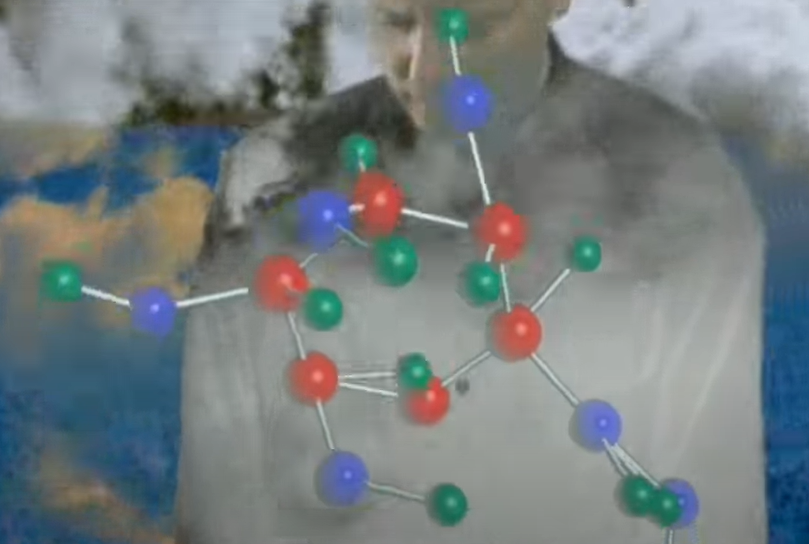 I did a structure search within CCDC 2016 database (should be good enough for the 1992 video) for the connectivity graph with complete disregard of the used color scheme: 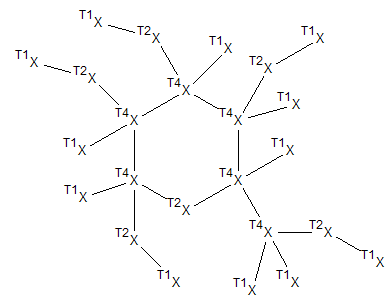 Here, X stands for any atom of the periodic table and T1 to T4 refer to the number of bonded atoms for each X.

The only molecule that comes up is glucose alongsode with related aldohexose stereoisomers (allose, galactose, mannose, talopyranose, talose and more). I wouldn't try to pick the correct stereoisomer since the structure is being unrealistically bent and mirrored virtually all the time. I tried my best to align the real glucose structure (for example, CCDC 1500503) to match the one from your screenshot:

I'm fairly certain the color code for atoms is meaningless and was an arbitrary artistic choice. There are several atoms that give this away (labeled with yellow arrows).

The green color for terminal atoms holds pretty well for hydrogen atoms, but the single red bridging atom having only two neighbors cannot be assigned for carbon (this would imply linearity of $\ce{C=C=C}$ fragment). The two blue atoms connected with each other have vastly different environments and hardly can be assigned to a meaningful functional group (at least in organic chemistry).

Not the answer you're looking for? Browse other questions tagged organic-chemistry molecular-structure identification or ask your own question.

3
Hybridization in Light of Resonance
4
producing ozone through electrolysis of water
2
Software for creating the QSAR model?
9
Identification: was this gallium or mercury from broken thermometer?
12
Why does a six-membered ring contract in this SN1 reaction?
2
Why does a chiral carbon affect some hydrogen's hydrogen environment?
1
The influence of diffuse functions on electron density calculations
3
Why can't Grignard reagents react like Organolithium does (with acids)?