In the conductometric titation of HCl vs NaOH, the conductance initially decreases, reaches a minimum at equivalence point, and then the slope of the curve becomes positive: 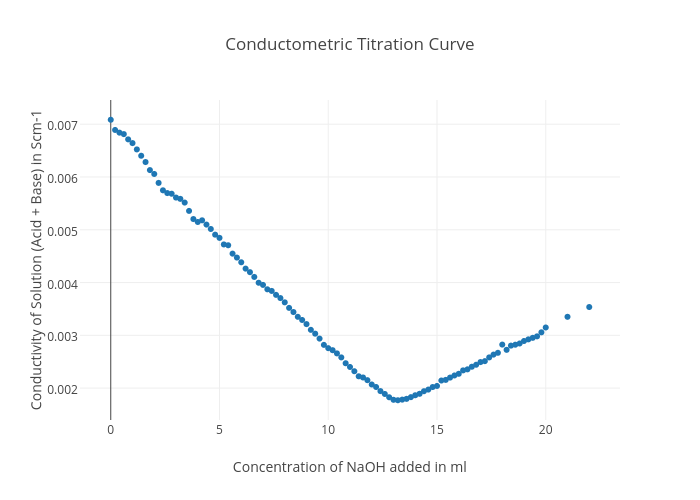 How can this be modelled like I could do for pH?

Edit: This is my attempt. Is it correct?

Not the answer you're looking for? Browse other questions tagged inorganic-chemistry acid-base titration conductivity or ask your own question.