My teacher claims that the reactivity of P is more than that of Q. He mentions that the carbocations formed are the same (they are the same hybrid), and further the bond dissociation in P will be more than that in Q due to the two adjacent alkenes facilitating the dissociation in P as compared to Q. He mentions the name “field effect”, but I may have heard this wrong. He also adds that Q is more stable due to a conjugated diene and will show less reactivity.

My friend (studies from a different teacher) says that this is wrong, as the carbocation from P will be cross conjugated, while the one from Q will have an extended conjugation, so will be more stable, and so Q will be more reactive than P. He says that the immediate carbocation matters and that you don't look at the hybrid.

Which one is correct and why? A full explanation on this problem would be appreciated.

Disclaimer : I don't know whether my answer is correct or not.

This answer is purely based on my theoretical knowledge but not on the experimental evidences. 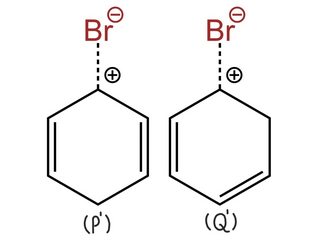 And the formation of intermediates is given below:
(Here I showed the resonance hybrid of the carbocations formed) 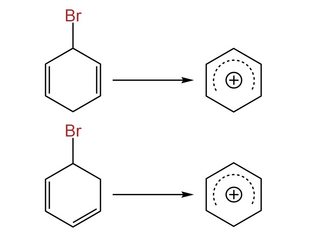 So more energy is required for Q than P for the formation of the above intermediate $(\because E_\mathrm{Q}<E_\mathrm{P})$. This analysis shows that formation of intermediate form P is move favorable than form Q. And so the reactivity of P is more than Q.

Cross-conjugation is a special type of conjugation in a molecule, when in a set of three pi bonds only two pi bonds interact with each other by conjugation, while the third one is excluded from interaction. Whereas a normal conjugated system such as a polyene typically has alternating single and double bonds along consecutive atoms, a cross-conjugated system has an alkene unit bonded to one of the middle atoms of another conjugated chain through a single bond. In classical terms, one of the double-bonds branches off rather than continuing consecutively: the main chain is conjugated, and part of that same main chain is conjugated with the side group, but all parts are not conjugated together as strongly.

So there is no cross conjugation in the cation formed by removal of Bromine from P . One further statement made wrong by the friend is that the immediate carbocation matters. This answer, though about benzene, clears the misconception that hybridisation is in any way dependent on time.

In terms of resonance structures, both the compounds are eqivalent 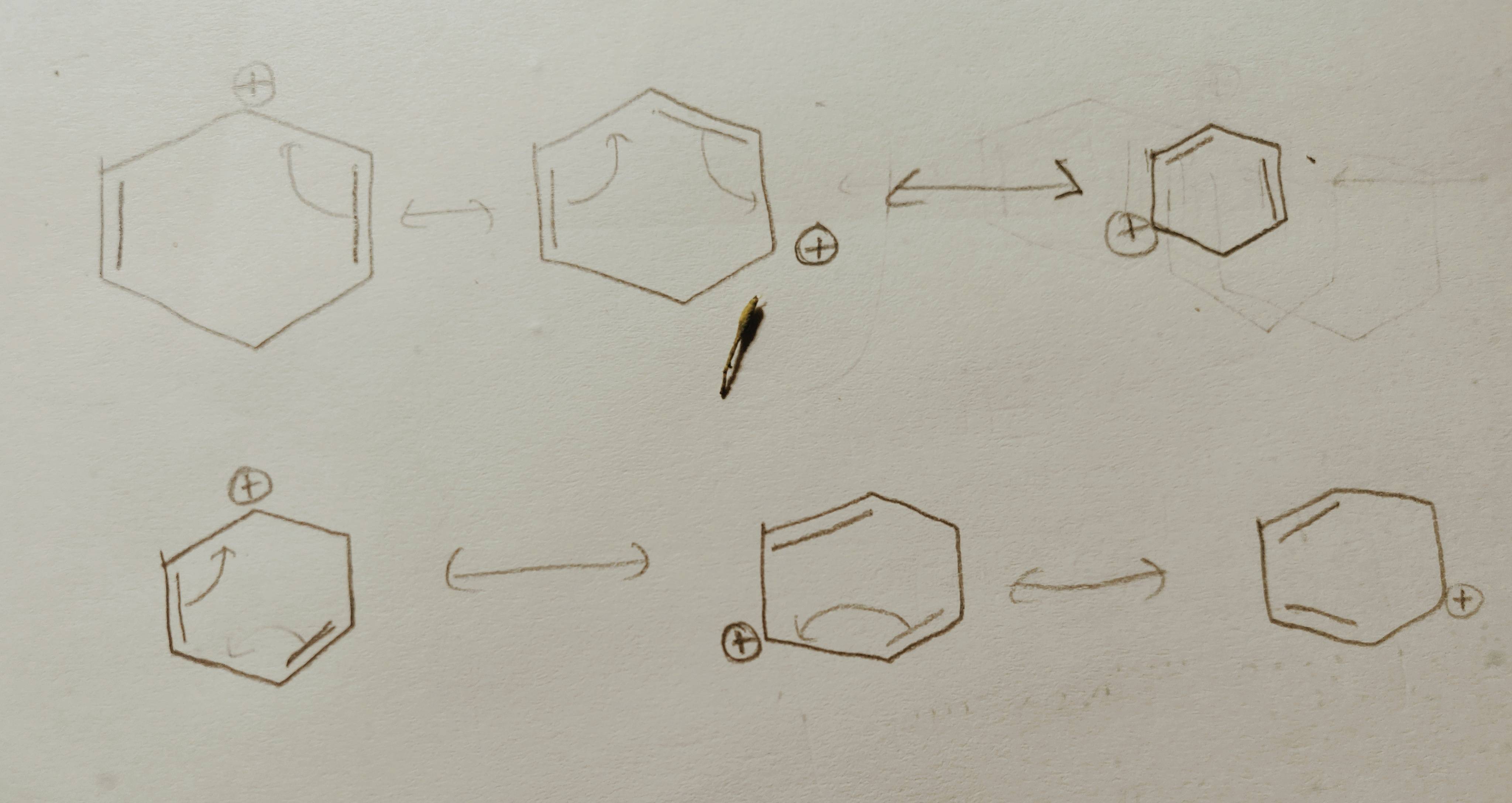 A field effect is the polarization of a molecule through space. The effect is a result of an electric field produced by charge localization in a molecule. This field, which is substituent and conformation dependent, can influence structure and reactivity by manipulating the location of electron density in bonds and/or the overall molecule. Field effects are relatively weak, and diminish rapidly with distance, but have still been found to alter molecular properties such as acidity

Coming to the question, as both molecules would be equally stable in carbocation state, the only thing that can be done is to compare the relative stability of the original compounds: the one lesser stable in neutral state is more likely to undergo the reaction.

It is important to know the Inductive effect and $sp_3$ and $sp_2$ hybridisation to compare the molecules.

In P, the carbon atom bonded to benzene has two $sp_2$ hybridised carbons (with 33% s character) and the a bromine molecule adjacent, all three of which are electron-withdrawing, making the carbon more electron-deficient and thus, making the molecule more unstable than Q, which has only one $sp_2$ carbon adjacent to it. Thus, P will be more reactive

What your friend stated is absolutely true. During an $SN^1$ reaction, the slowest and hence rate determining step (RDS) is the formation of carbocation $C^+$. The stability of the $C^+$ determines whether the reaction is feasible.

It’s like the $C^+$ in P has two different paths to go which interfere with each other, whereas in Q, the resonance is continuous and stabilising, in an ‘extended’ manner.

Honestly, it’s essentially the fact that the easier and more extensive the resonance, the more stable is the $C^+$ and hence the reaction proceeds in a better way.

Not the answer you're looking for? Browse other questions tagged organic-chemistry stability nucleophilic-substitution carbocation or ask your own question.

23
What does the circle inscribed in a benzene ring represent?

10
Why do Allylic Halides prefer SN2 reaction over SN1?
28
Which of the following is the more stable carbocation?
12
Comparing the reactivity towards aromatic electrophilic substitution reaction
26
Stability Comparison between the Tropylium and Tricyclopropylcarbinyl Carbocation
11
Is isobutyl chloride or ethyl chloride more reactive in an SN1 reaction?
3
Rearrangement considerations in feasibility of SN1 in given reactants
8
False positive in lucas test for primary alcohol due to formation of tertiary carbocation by rearrangement?