What is local and global aromaticity?

I was browsing through some research papers, I came across the terms locally and globally aromatic. What does it mean? I was thinking locally aromatic meant it was conjugated in a specific space not the whole molecule, i.e benzene joined by a big alkyl group and ending in another phenyl group. But that didn't seem like a satisfying definition to me, I googled around the internet and only found this image. 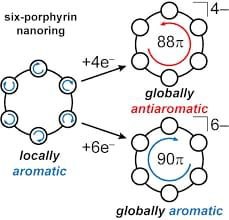 This effect can be seen in a simpler system, [a,e]dibenzocyclooctetraene: 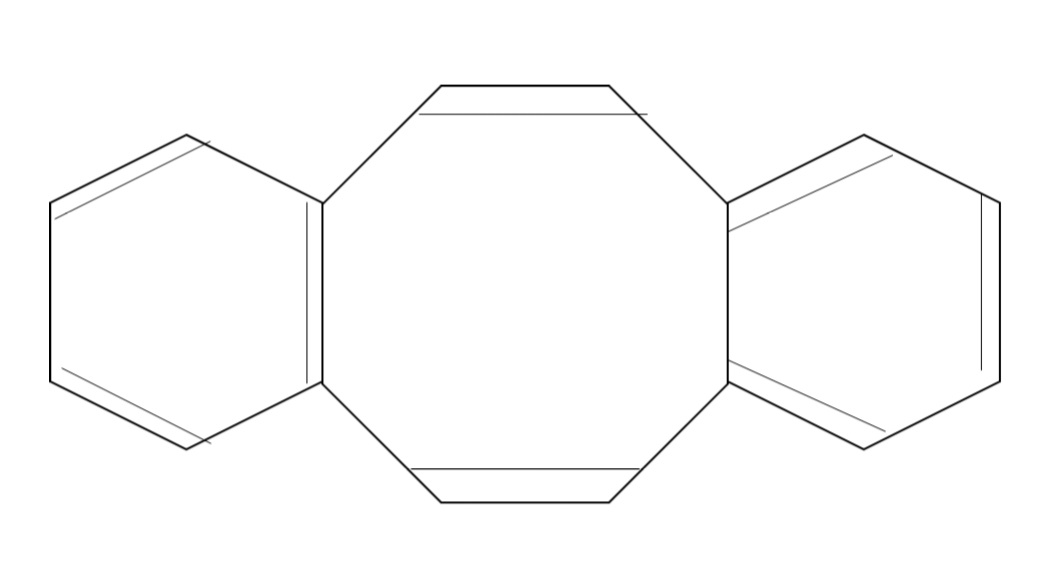 Zhu et al. 1 considered the reduction of this molecule from the neutral state to the dianion using alkali metals. The neutral molecule is clearly aromatic only locally within the benzene rings, with a nonplanar structure in the intervening cyclooctatetraene ring. When the molecule is reduced, it becomes fully planar suggesting that aromatic coupling has become globalized. (Figure from Ref. 1)

We can use the Hückel model to show semiquantitatively how this change comes about. Using this model we can calculate the pi-bond order between each pair of neighboring atoms, obtaining the following for the neutral molecule: 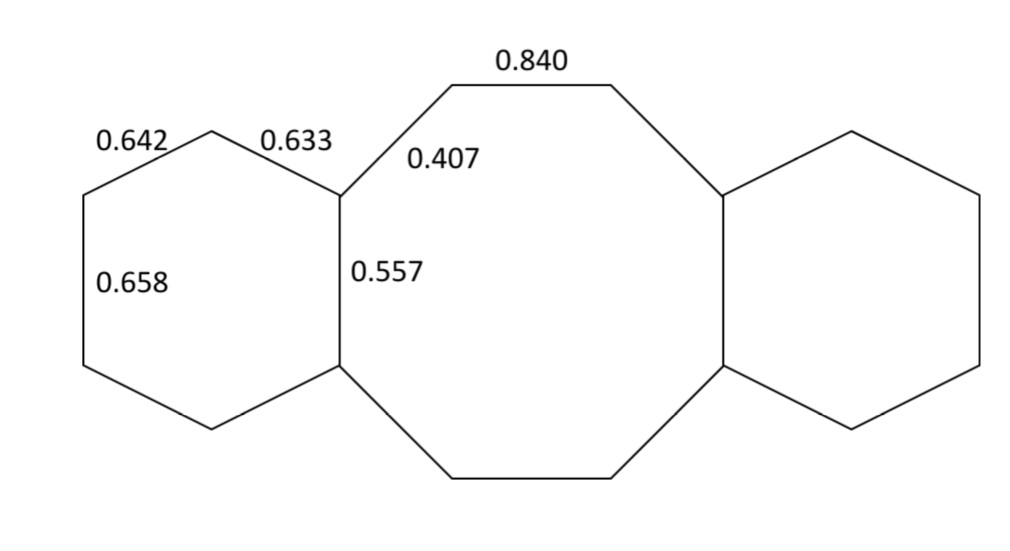 We have nearly a full pi bond across the mirror plane between the benzene rings, while the neighboring benzylic linkages have much reduced pi bonding. This suggests that in the neutral molecule the aromatic coupling is predominantly localized to the benzene rings, agreeing with the locally planar but globally nonplanar molecular geometry shown above.

When the alkali metal is added and two additional electrons are inserted, they go into an orbital that the Hückel model identifies as bonding in the benzylic linkages but antibonding in most other linkages, particularly in the bridges that close the benzenoid rings and the previous nearly-isolated pi bonds in the middle of the structure. The bond orders are thereby shifted: 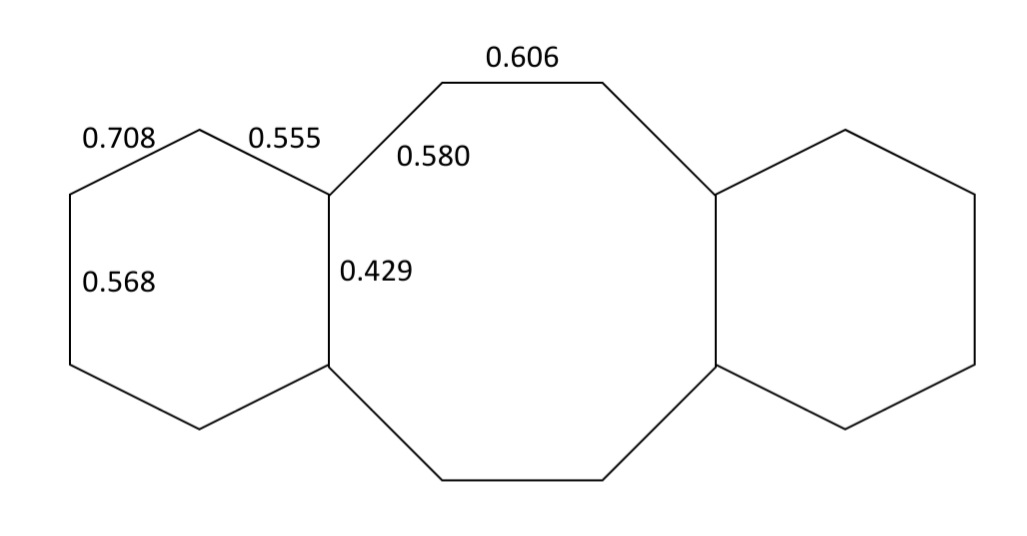 The newly occupied orbital, selectively bonding in the benzylic linkages, strengthens conjugation there while weakening the bonds that close the smaller rings. The aromatic coupling has shifted away from the individual benzenoid rings to cover the full macrocycle, becoming global.

Not the answer you're looking for? Browse other questions tagged aromaticity or ask your own question.