Can a spontaneous reaction have zero or negative activation energy?

Is it possible for a certain spontaneous reaction to have zero or negative activation energy?

My high school teacher explains that it shouldn't be possible since it breaks the Arrhenius equation, namely the Boltzmann factor

Instead of saying it breaks the factor, should we not just say that the factor is undefined for negative energy values and that $E_\mathrm{a}$ can be zero or negative?

Edit-so people are commenting on the question and I am very thankful.but i also want to know that if this was a test question with a simple true or false answer,would you say that $E_a can be<0$ or not?

physical-chemistry kinetics energy terminology statistical-mechanics
Share
Improve this question
edited May 26 at 12:23
Karan
asked May 26 at 9:46

The short answer: yes, but it is not the most common case.

How it can be? You assume that you reaction has a simple reaction profile with a barrier and a single transition state between reactions and products, plus other approximations. When those approximations fail, the model is not helpful and you have to use a deeper model.

For many reactions the dependence of the reaction rate with temperature follows the Arrhnius equation $$k(T) = A\exp \left(\frac{-E_a}{R\,T}\right)$$ where A, the preexponential factor, and $E_a$ are independent of temperature.

However, you may have that over an extended temperature range many reactions deviate from this behaviour and their behaviour are described better using more complex expressions that behaves as if $A$ and $E_a$ are functions of temperatura. For example, the Kooij equation that has the form

As an actual example you can consider the reactión OH + CH$_4$ in the 220-500 K which behaves as Ahhrenius but in the extended interval 220-2000 deviates from that behaviour as the following image shows. 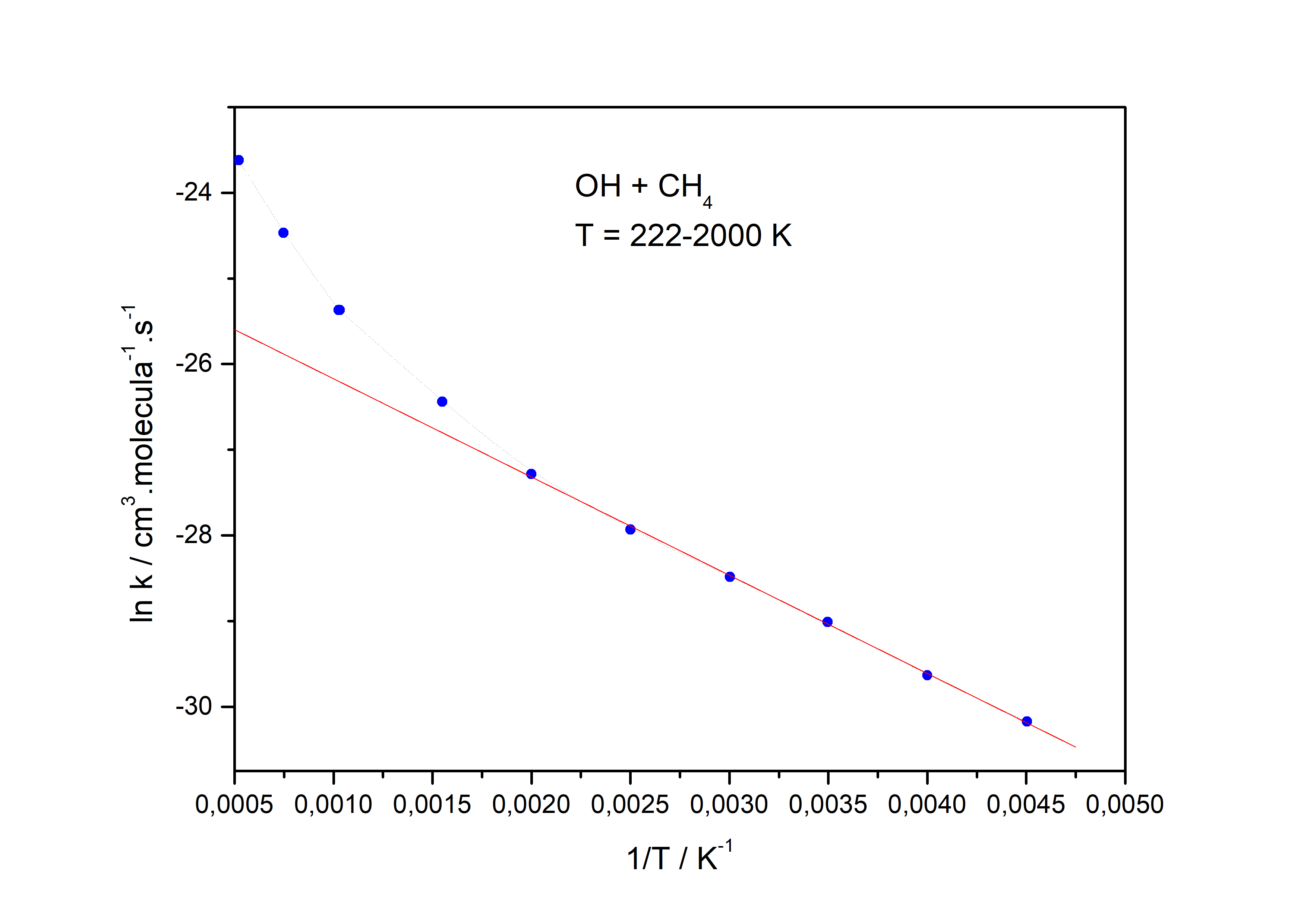 Thus, at present the Arrhenius equation is understood as very useful empirical fitting equation, when it can be applied. But you have to interpret it carefully.

Finally, there are some elementary reactions which rate decreases with temperature and fit Arrhenius, thus, its activation energy is negative ($E_a < 0$). For example, the gas phase reaction OH + HNO$_3$ $\leftarrow$ H$_2$O + NO$_3$. Its energy profile does not have a negative barrier, is exhothermic but the reaction profile is complex. 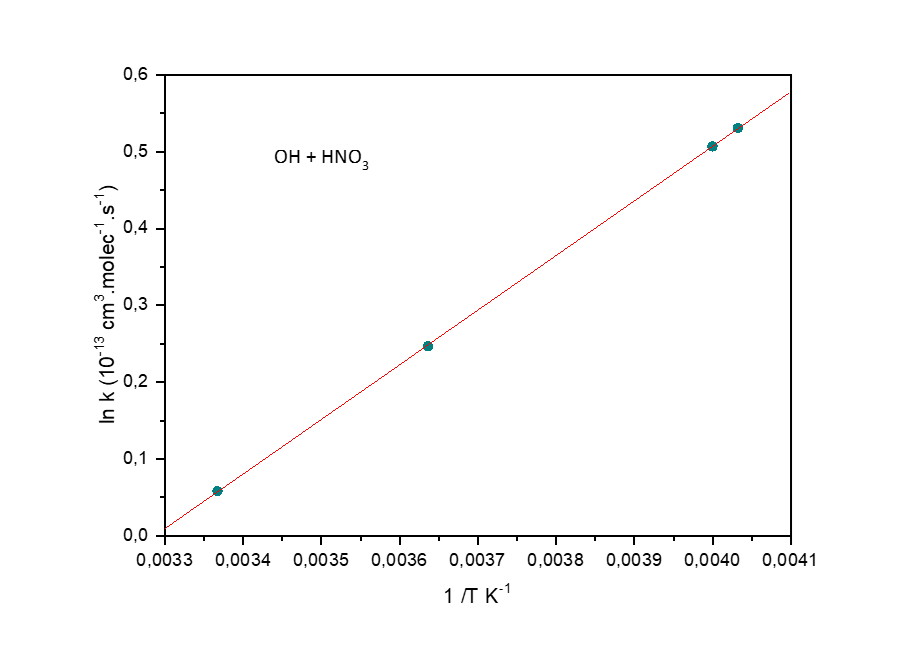 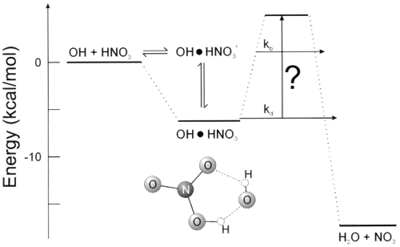 Not the answer you're looking for? Browse other questions tagged physical-chemistry kinetics energy terminology statistical-mechanics or ask your own question.