I would like to know what happens with the two 1s orbital electrons of carbon in the molecular orbitals it is forming. Is it that the sigma 1s* anti molecular orbital is having very high energy so it's not filled and hence the full figure actually would be like I have depicted below? 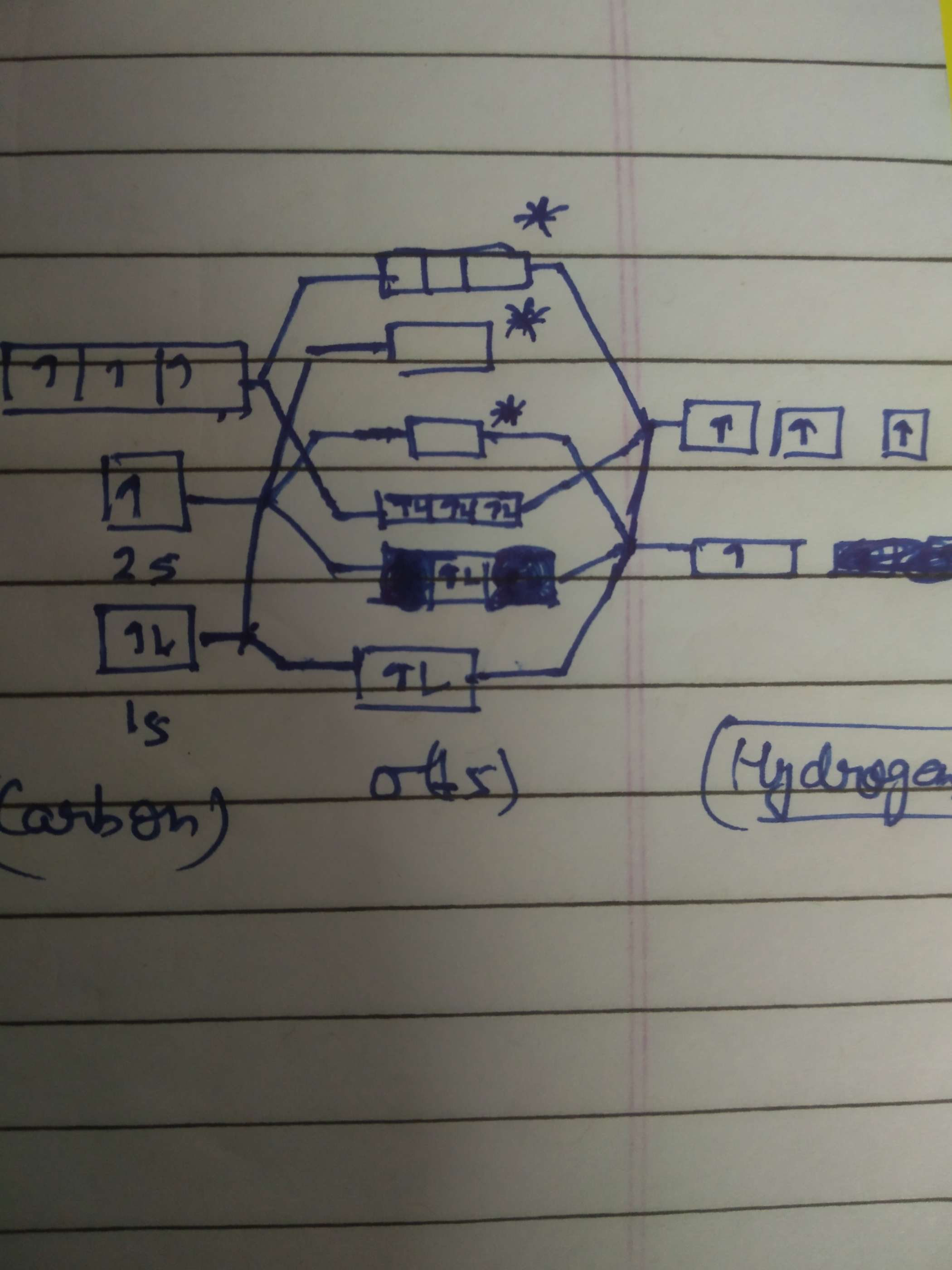 This (my figure) also tells intuitively why in the above shown figure on starting electrons from the valence shells are getting filled in the sigma 2s bonding orbital first?

(Note : I don't want a deep explanation related to formation of possible combinations of bonding, antibonding orbitals on this case as I just know the knowledge sufficient for molecules of the form like $\ce{N2}$, $\ce{C2}$, $\ce{O2}$, etc.. I do not know about this polyatomic type, I was just intuitively and a bit logical trying to explanain it with respect to the MO diagrams of molecules which I do know. From that I am considering to explain this filling order.)

Not the answer you're looking for? Browse other questions tagged molecular-orbital-theory atomic-structure or ask your own question.