Figure 1.2 on page 12 of The Structure of Rare-earth Metal Surfaces linked below shows a repeating stack of hexagonal layers arranged as A B A B C B C A C... and several sources give the c-axis lattice constant for Samarium of over 26 angstroms!

I understand that the short answer to #1 may simply be that this just so happens to be the lowest energy configuration, but something about this "long" range order in a crystal of a single type of atom somehow feels unusual.

As the image shows, for many elements we see A B and A B C stacking of hexagonal layers in the form of fcc and bcc structures (cf. this answer).

Has the reason for this been studied? And explained? 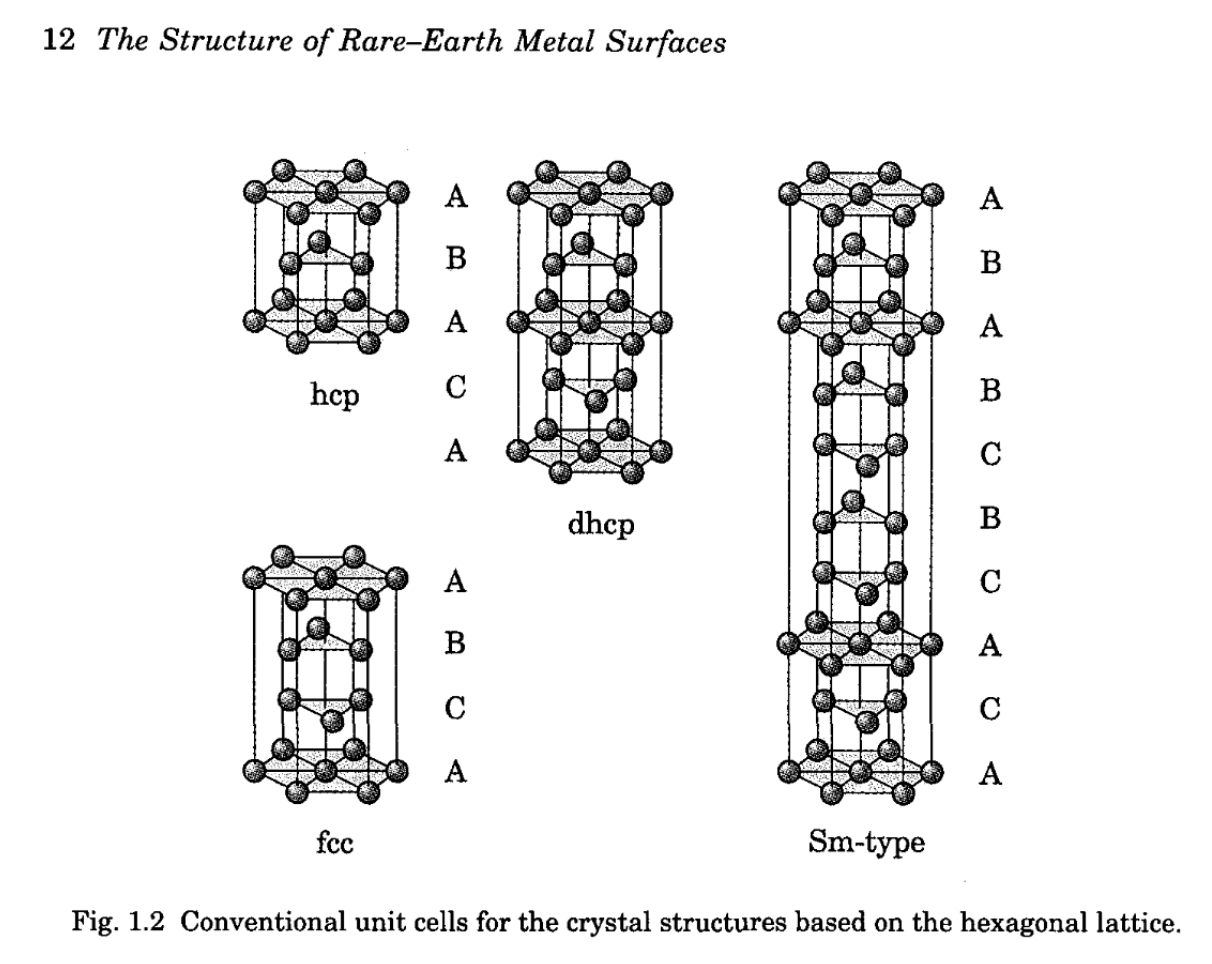 Fig 1.2 Conventional unit cells for the crystal structures based on the hexagonal lattice.

This is the answer to the question

and provides arguably the largest single linear parameter of a unit cell for an element, $\pu{45.46 Å}.$

Loa et al. [1] reported the Ba-IVc host-guest phase stable in the range from 18 to 21 GPa and possessing a supercell (ICSD #186822) with the following parameters: 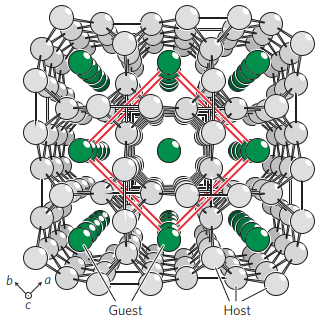 This is far from “ordinary” crystal structures, as authors explain:

[…] the crystal structure lacks translational symmetry along one direction (along $b$) so that neither a crystallographic unit cell nor a space group can be assigned. Nonetheless, the supercell not only indexes all the reflections, both sharp and diffuse, but also has the size of the smallest possible unit cell of fully ordered variants of this structure (Supplementary Information). It is therefore appropriate to discuss the Ba-IVc structure in terms of a representative unit of that size, containing 768 atoms.

Our final model of the full Ba-IVc host–guest crystal structure is illustrated in Fig. 3, with the guest substructure being of particular interest. All of the chains of guest atoms take one of only two different positions along the chain direction (the $c$ direction), which we will call the up and the down positions hereafter. In Fig. 3, the up and down chains are coloured yellow and blue, respectively, and from the relative arrangement of the two types of chain an intricate two-dimensional pattern emerges (Fig. 3c). The pattern consists of intertwined S-shaped units, each comprising 12 adjacent chains of the same type, up or down. At first glance, the pattern in Fig. 3c looks well ordered, but it contains two different configurations of these S-shaped units that are mirror images of each other, and the tiling includes an element of randomness. It is this tiling of relatively large building blocks with a certain degree of randomness that leads to the unusual diffraction patterns with sharp and diffuse reflections. We find it rather striking to observe such structural patterning in an elemental crystal, reminiscent in some ways of Escher’s drawings of plane-filling patterns. 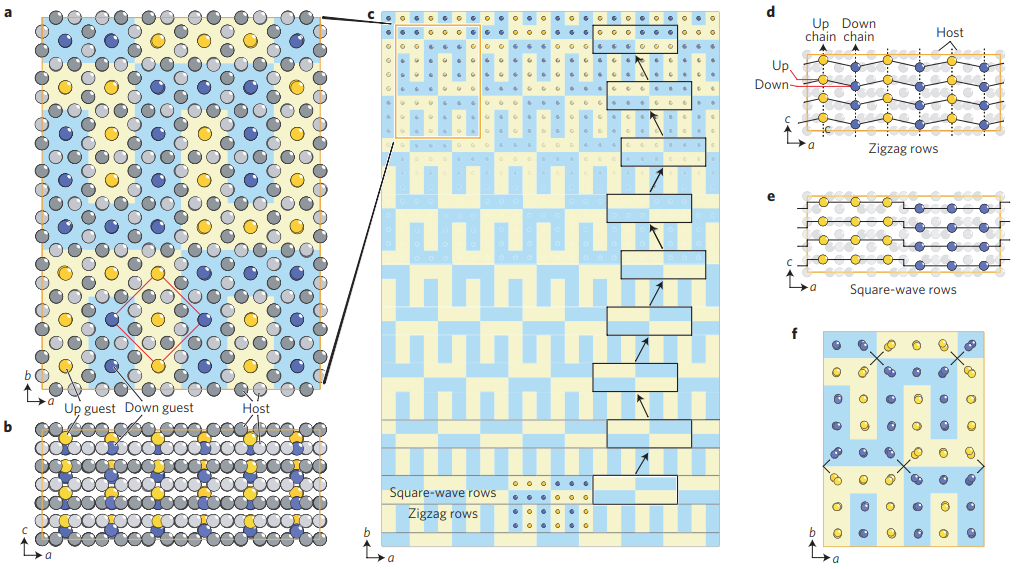 Figure 3 | Schematic view of the crystal structure of Ba-IVc. a,b, Views of a 768-atom representative unit along the crystallographic $c$ and $b$ directions, respectively. Host atoms in alternate layers perpendicular to $c$ are shown dark and pale grey. Guest atoms in the up and down positions are coloured yellow and blue, respectively. Light blue and light yellow backgrounds highlight the pattern formed by the up and down guest chains. The red square in a indicates the basic Ba-IV unit cell. c, Pattern representing the up and down guest chains and decomposition into zigzag and square-wave rows. d,e, Side views along the $b$ direction of the zigzag and square-wave rows. f, Displacements of the guest atoms perpendicular to the chain direction. The reﬁned atomic displacements are shown ×5 magniﬁed. The chains at the corners of the S-shaped building blocks, marked ×, show a clear zigzag displacement pattern.

7
why does FeCl₃ have such a specific smell?
9
How many crystal forms of HCl have been identified - where to find the unit cells/lattice constants?
5
What is the Crystal System of MoS2?
1
Silver (111) surface structure, and is bulk structure body-center or face-center cubic?
1
Why does SiH4 have unusually large bond angles?
3
Importance of zinc blende and wurzite crystal structures for semiconductors?
6
Stacking two square (2D) layers to make a 3D close packed structure
4
Is there a standard scholarly reference for lattice constants of crystals of the elements?
1
How do I find miller indices for a plane whose intercepts are fractions of the lattice constant?