Is the 3D spacing arrangement of atoms in chemical bond always unique?

I would like to ask if the 3D spacing arrangement of atoms in chemical bond configurations are always unique, please?

For example, glycine consists of the set of atoms HHNCHHCOOH. Does there exist a different stable 3D arrangement of this collection of atoms, other than: 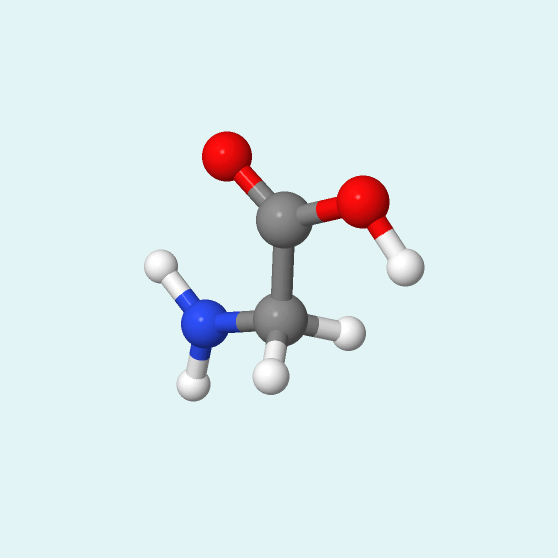 What causes this arrangement to be unique? If we throw in and react the ingredients in a different order, such as HHHHHNCCOO, will they all still end up as the same unique shape of regular glycine?

From a given number of atoms, you can usually construct multiple molecules (isomers), so we shall just concentrate on the case where the bond connectivity is the same.

The terms you are looking for are conformation and configuration. The latter is most usually related to double bonds and E/Z isomerism. If we take but-2-ene, for example, it can exist in 2 forms, E and Z. Both are stable and have the same atom connectivity. However, they cannot interconvert between each other - the activation energy is too high.

Two conformations of the same molecule, however, can interconvert between each other (at least at room temperature) and they are both stable (i.e., potential energy minima). A classic case of a molecule is butane, whose conformations can be seen in the picture below. 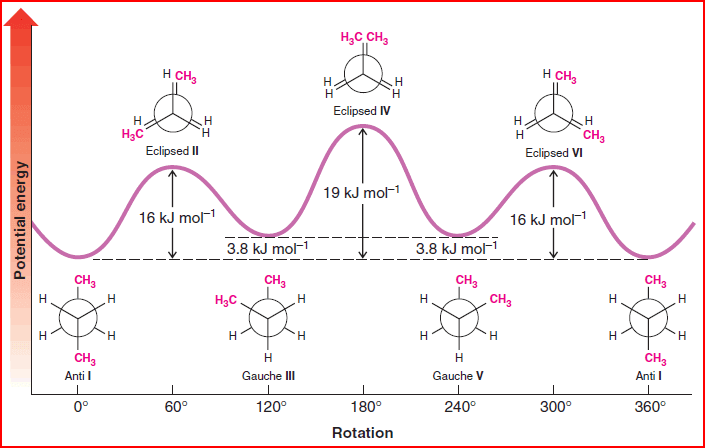 The anti- and gauche- conformations are both 'butane' and both are stable (even though the anti- is more stable), but have a different 3D arrangement of atoms.

As a sidenote, these can be distinguished at a low enough temperature, at which they cannot interconvert.

Another famous molecule with various conformations is cyclohaxane, with the two stable ones being the chair and the much less common twist-boat.

The arrangement doesn't have to be unique.

For instance, using your notation, propanol is HHHHHHHHCCCO, but it exists in two forms: 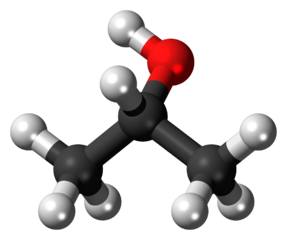 The difference is where the OH is attached, to an end-C or the middle-C.

3
IBrF2 - van der Waals repulsions - and number of unique bond angles
14
How do atoms of noble gases bond with each other?
4
Why are there no hydrogen atoms in the crystal structure of a biomolecule?
24
Why do the atoms in molecular models have the colors they have?
0
The definition of peptide, peptide bond and protein
0
In the carbonate anion, which atoms gain the two electrons?
3
Choose the molecule with the strongest bond