I am conducting a synthesis involving Buchwald-Hartwig coupling. The scale is $\approx10^{-4}$ mols of reagents. After running the reaction at 80 ℃ during 24 hours I found that sealing between the 3-neck reaction flask and the reflux condensor became loose, and the reaction flask is somewhat filled up relatively to the start of the reaction (5 mL toluene as solvent) although I did not add additional solvent during the reaction. As I add some toluene, the layer separation was observed and the toluene layer went to the upper layer. Initially I thought that this might be tert-butanol because it is the by-product of the reaction cycle. But I initially added only 0.0426 g of NaOtBu, so formed tBuOH would be very small amounts. In light of the fact that the sealing became loose, is there possibility that water vapor in the air went through the flask and condensed by the reflux condensor, and dropped to the flask? Is there any method to verify whether it is water or not? Ar gas was continuously flowed into the flask during the reaction and an oil bubbler was used. 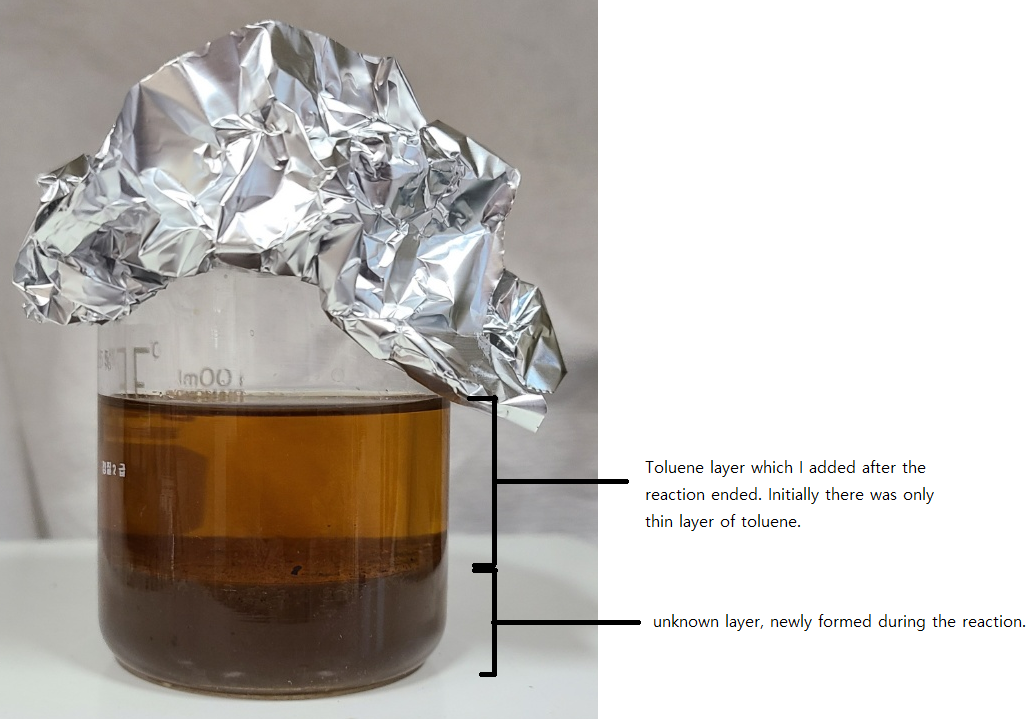 My hypothesis is that some water came through the flask from exterior. So I tested some experiments. In this time I added only 10 mL of toluene in the flask and set up the instruments in the same manner. Considering the fact that sealing between the flask and reflux condensor became loose in the previous experiment, I didn't seal that portion intentionally. Below is ordinary instruments setting.

In the real experiment the portion between the three-necked flask and the reflux condensor is sealed, and the other portions are not sealed. Also the flask is wrapped with Al foils to prevent potential effects of the light. But these procedures were omitted in this time. The result is layer separation again: 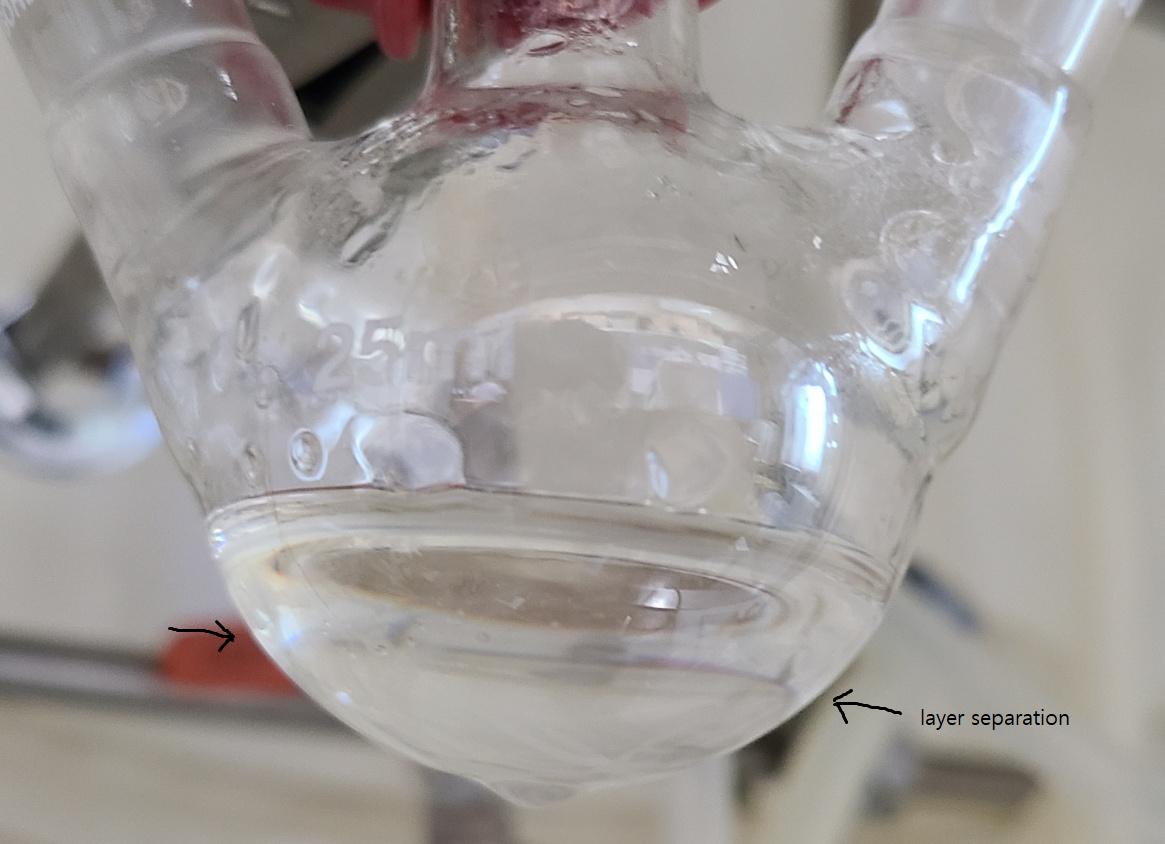 Based on this result it seems obvious that some water came through the flask. But from where? Is the sealing between the flask and reflux condensor problem? Actually I had same problem with same instruments setting in the past, but the sealing was maintained during the reaction at that time. Then other unsealed portion, for example, the portion between reflux condensor and oil bubbler is the problem? Also I blocked the other open end of the bubbler with just pipette bulb, but can this be a problem too?

I found that inside the reflux condensor water drops are formed continuously and very slowly. Maybe there is very minute crack. Everyone be careful with apparatus...

4
EMF measured while verification of Nernst equation keeps on increasing
1
Reaction between bromobenzene and methyllithium to yeld toluene: possible?
0
What would be the unit for the calculation of the rate of reaction?
3
Can a reactor be operated at both reflux and above atmospheric pressure?
0
Gas evolution in reaction between zinc and HCl