Confusion regarding continuity of state

I was reading about Andrew's isotherms and about the continuity of state.
What confused me was the continuous conversion of gaseous state to liquid state. 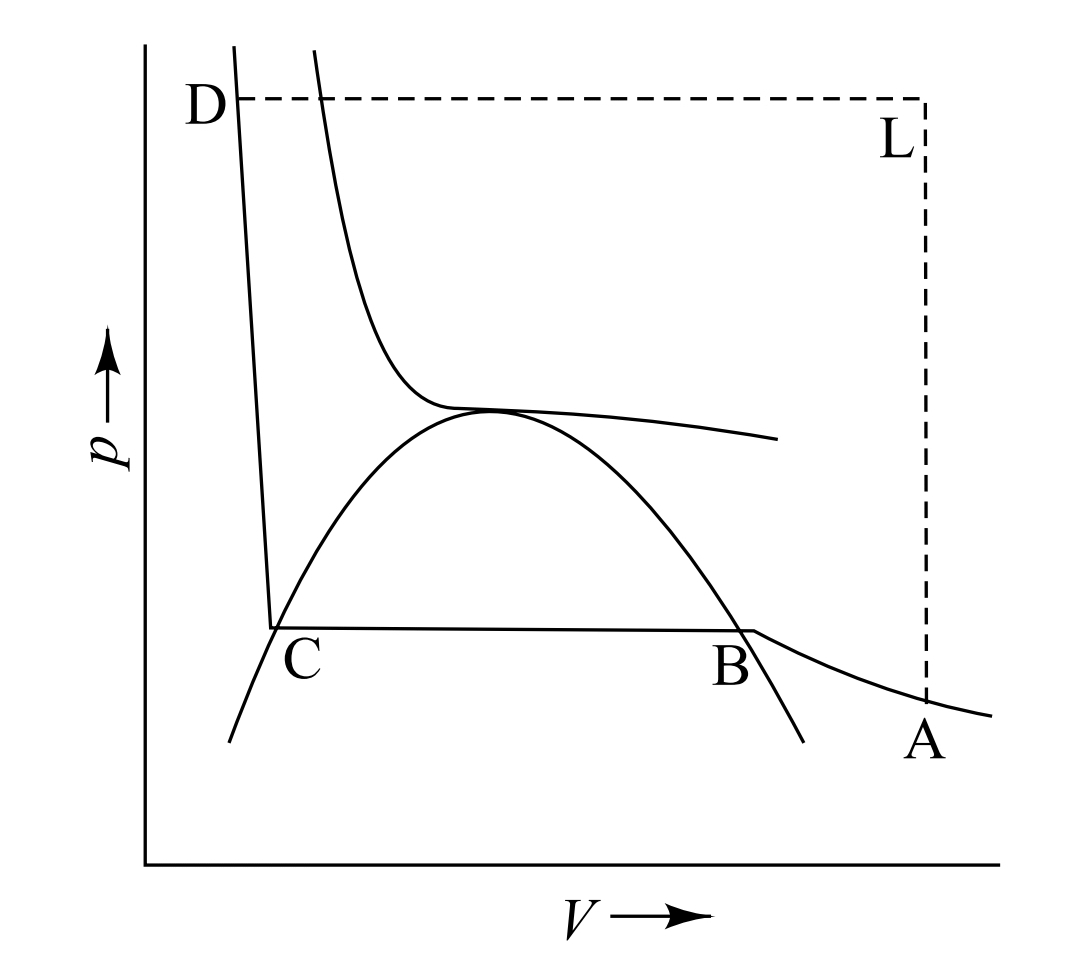 Now my textbook says that by keeping volume constant and increasing pressure and then keeping pressure constant and letting the gas cool we are able to convert the substance from gaseous to liquid state.
Now what confused me is this sentence in my textbook - "Thus in the absence of the surface of discontinuity, there is no way of distinguishing between liquid and gas".
What does this mean?
Also, how is this conversion continuous, as along line LD wouldn't the gas convert to liquid in such a way that both states coexist? How is it possible that this conversion is continuous?

It should be clear to you even just from the chart. Think of drawing the third p=f(V) curve above the upper one, for higher temperature. There would be no edges, pressure would continuously increase as volume would decrease. The parabolic-like curve tells you properties of liquid and gaseous phase converge to each other for raising temperature. See also Critical point.

Imagine a circular slope platform closing the loop by a single step. If you go upwards by stepping up, can you return without stepping down? A small child would tell you that you can. Being down=liquid, being up=gas.

When you look at a compound phase diagram, than the neighborhood of the critical point is like that slope and step platform. You can make liquid to evaporate many times and never condensate. Or vice versa, if you reverse the path.

When gas or liquid (under enough pressure) are heated up above critical temperature, they become gas-like or liquid-like supercritical fluids, than can gradually become each other with changing pressure, without phase change or phase boundary. It is like going along the slope instead of making a step.

Along AL, when passing the upper curve, gas becomes gas-like supercritical fluid without a phase change.

Along LD, when passing the upper curve back, liquid-like supercritical fluid becomes liquid without a phase change.

7
Intensive and extensive properties of gases
4
How accurate would be the following conclusion on 'Critical Temperature'?
2
Why do gases coexist as liquid and vapour?
4
What does the phase diagram mean by "liquid" at NTP? (The liquid and vapor coexist even when the situation is not on the curve)
2
Can we have an equilibrium constant for a reaction at constant volume?
8
Confusion in Van der Waals Equation