Can two noble gases attract each other? 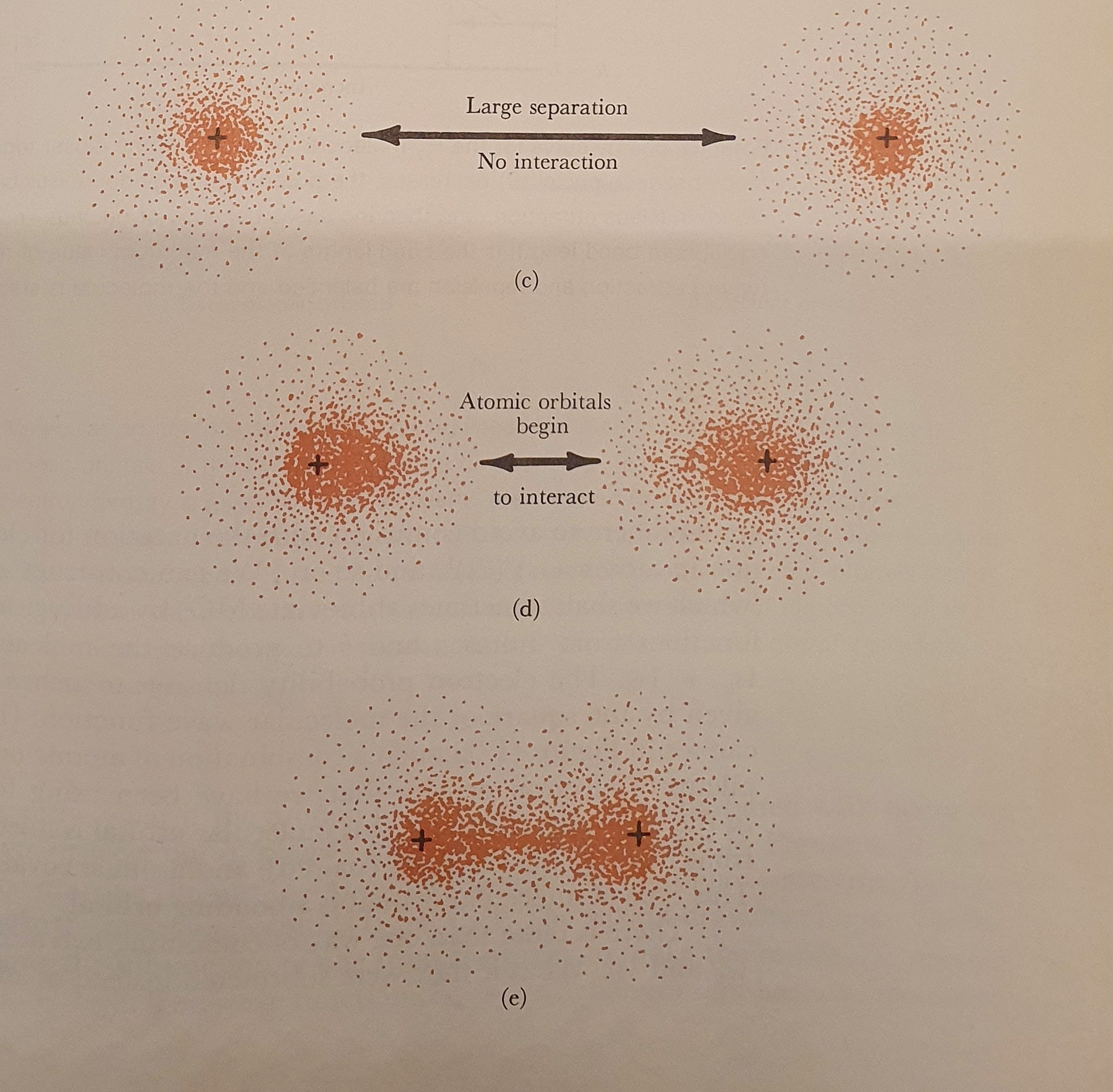 If two hydrogen atoms are far apart, they have no effect on one another. But as they are bought closer together, they begin to excerpt an effect. The two nuclei, having the same positive charge, repel one another, and the two electron clouds also repel one another. However, most important of all is the attraction between the nucleus of one atom and the electron cloud of the other atom. As the atoms approach, the electron clouds are pulled toward the region between the nuclei (d). - Chemical Principles, Dickerson, Fourth Edition

First of all, how is it that the electron clouds do not repel each other (as they approach and do not yet have a binding molecular orbital)? Shouldn't (d) look more like this if the first attractive force is from London dispersion force (is it?):

Is the attraction between the nucleus and the cloud only so much stronger because the nucleus is stationary and therefore the electrons repel each other much less than the nucleus attracts them due to the constant change in their residence probability?

In principle, two Xe atoms, for example, should first attract each other in this way, shouldn't they? The only difference is that they do not form a bond. I know that this behaviour is described by the Lennard Jones potential but I would just like an explanation for all this.

I've written a lengthy answer to a similar question here. But in essence, I think you have the right idea with this part of your question:

The electrons on one atom feel more of the stationary nuclear charge of the other atom than its dispersed electron cloud. That's why you see the overall "inwards" polarization of the electron densities.

However, the text book you cite gets one detail slightly wrong:

However, most important of all is the attraction between the nucleus of one atom and the electron cloud of the other atom.

7
How are London Dispersion Forces generated?

3
Symmetry of an in-phase and an out-of-phase wavefunction "approaching" each other in an MO
5
Is this a possible explanation as to why sigma bonds are stronger than pi bonds?
20
Why is an ionic bond a chemical and not a physical bond?
22
Pi electron stacking, how does it work?
1
Does a covalent bond constitute of 1 or 2 electrons?
4
Why London Dispersion force is attractive not repulsive
2
Lennard-Jones Potential repulsion by nucleus nucleus or Pauli repulsion?