Why do we need salt in a salt water battery?

I am having problems understanding why we do need salt added to the water to make this shown galvanic cell work.

I understand that Zinc wants to dissolve into the electrolyte, resulting in $\ce{Zn^2+}$. Since there is $\ce{Cl^-}$ present, it will bond with the Zinc.

I assume this is the reason, why we need the electrolyte: If there would be no electrolyte, $\ce{Zn^2+}$ would remain close to the anode, while $\ce{OH^-}$ would remain close to the cathode, resulting in an electric field that counteracts against the redox-reaction. I think, adding NaCl results in negative Cl-ions moving towards the anode and positive Na-ions moving towards the cathode, resulting in a closed electric circuit, keeping the whole thing running. If we wouldn't add salt, the electric current should disappear very quickly.

Please let me know if my assumptions are correct. I wouldn't mind if you would explain the whole thing as easy and detailed as possible, since I have obviously not studied chemistry. 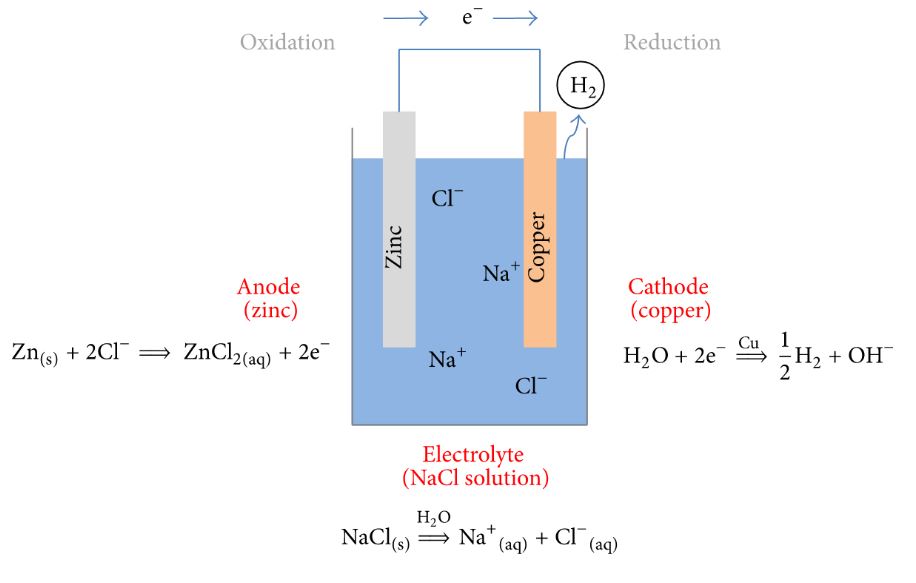 Little update: I have just built that galvanic cell and let it sit there for 15min. Voltage was around 0.7V. Current was in the mA-range, drastically increasing when adding table salt.

As you can see, the Zinc-plate got some whitish residue on it. I am unable to scratch it off. Any idea what that is? Could be areas where Zinc-ions left the metal? 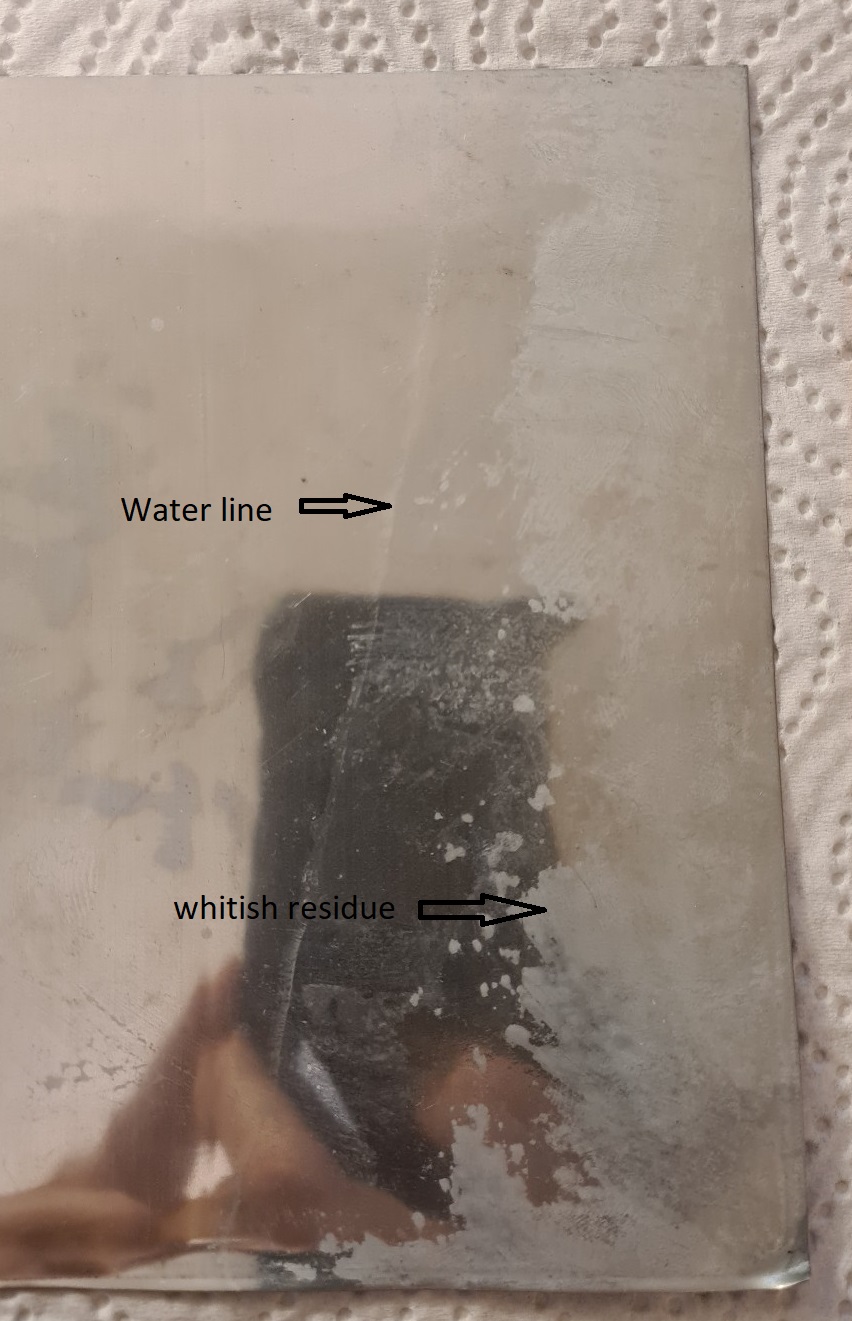 The copper plate also shows some change below the waterline, but I have no possible explanation why it did change. 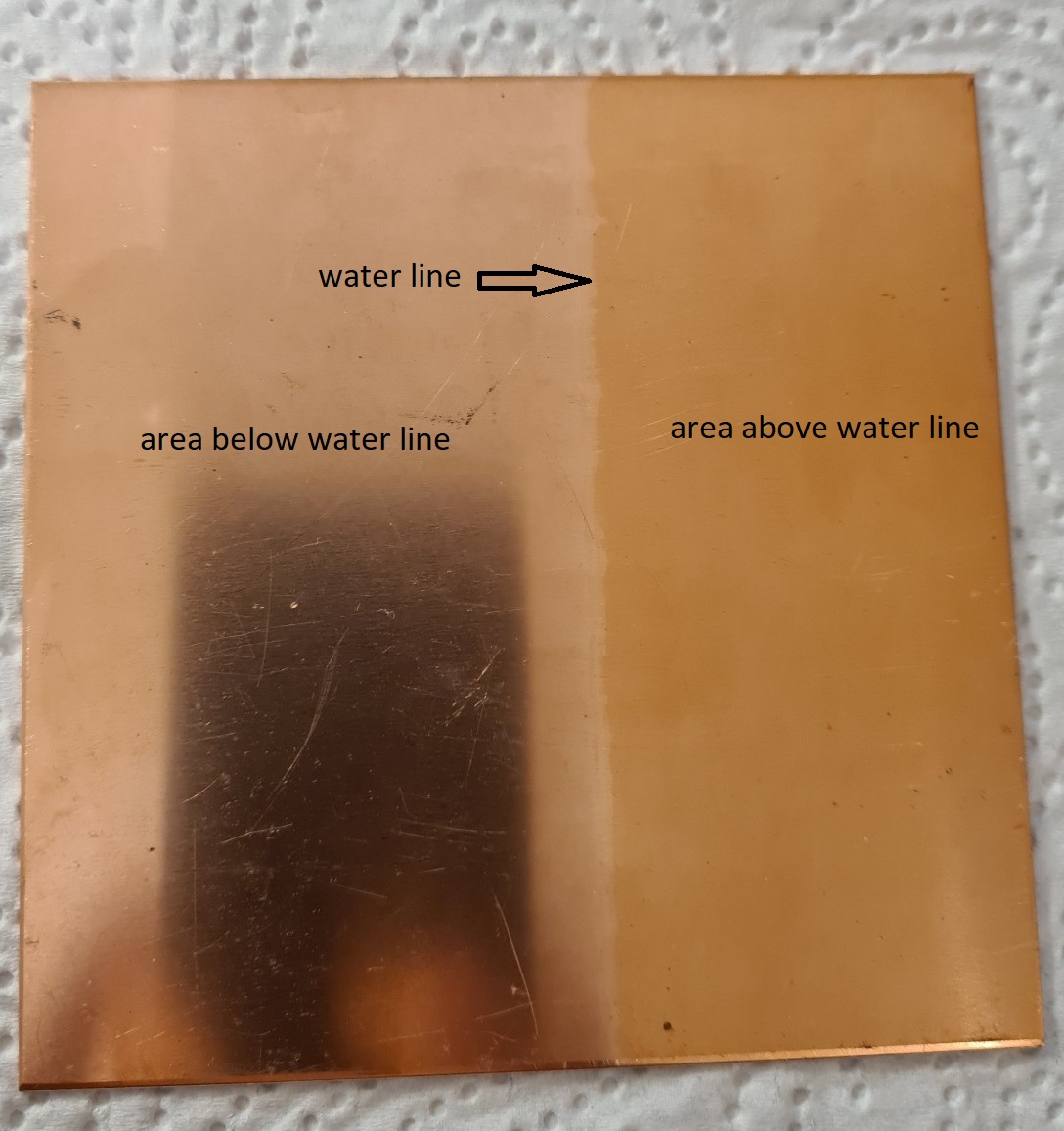 If you recall, the earliest Voltaic cell also consisted of copper and zinc with a piece of paper soaked in salt. For a cell, you do need an electrolyte to maintain charge balance and reduce the resistance of the solution. Pure water has a resistivity of 18,000,000 $\Omega$.cm (~ million ohms!). This is too high and current will be wasted or may not be generated at all. Consider a similar case, remove the two electrodes from the solutions and hold them in air. Does your meter still register a current? Hopefully not, because air has very high resistance too.

Whenever direct current passes through a solution, there must be a chemical decomposition (by definition of an electrolytic cell). Consequently, in your salt water battery, in a closed circuit, zinc should lose electrons and become zinc ions. Zinc ion needs a counter balancing charge which is kindly provided by the salt.

Simultaneously, there is no free cation in water which can be reduced at the cathode, so water has to sacrifice itself to the electrons. As a result of water reduction hydrogen is produced, along with hydroxyl ions. Now hydroxyl ions cannot stay alone, you need a counter ion, $\ce{Na+}$, to form $\ce{NaOH}$.

You can use a pH indicator to see how pH is locally changing near the electrode. There are beautiful demos with a nail rusting in salt water. Prof. Ed did experiments to demonstrate this pH idea using Zn and Cu sitting in salt water. It is clear that Zn side is almost neutral and Cu side has become alkaline (Photo courtesy Ed V). 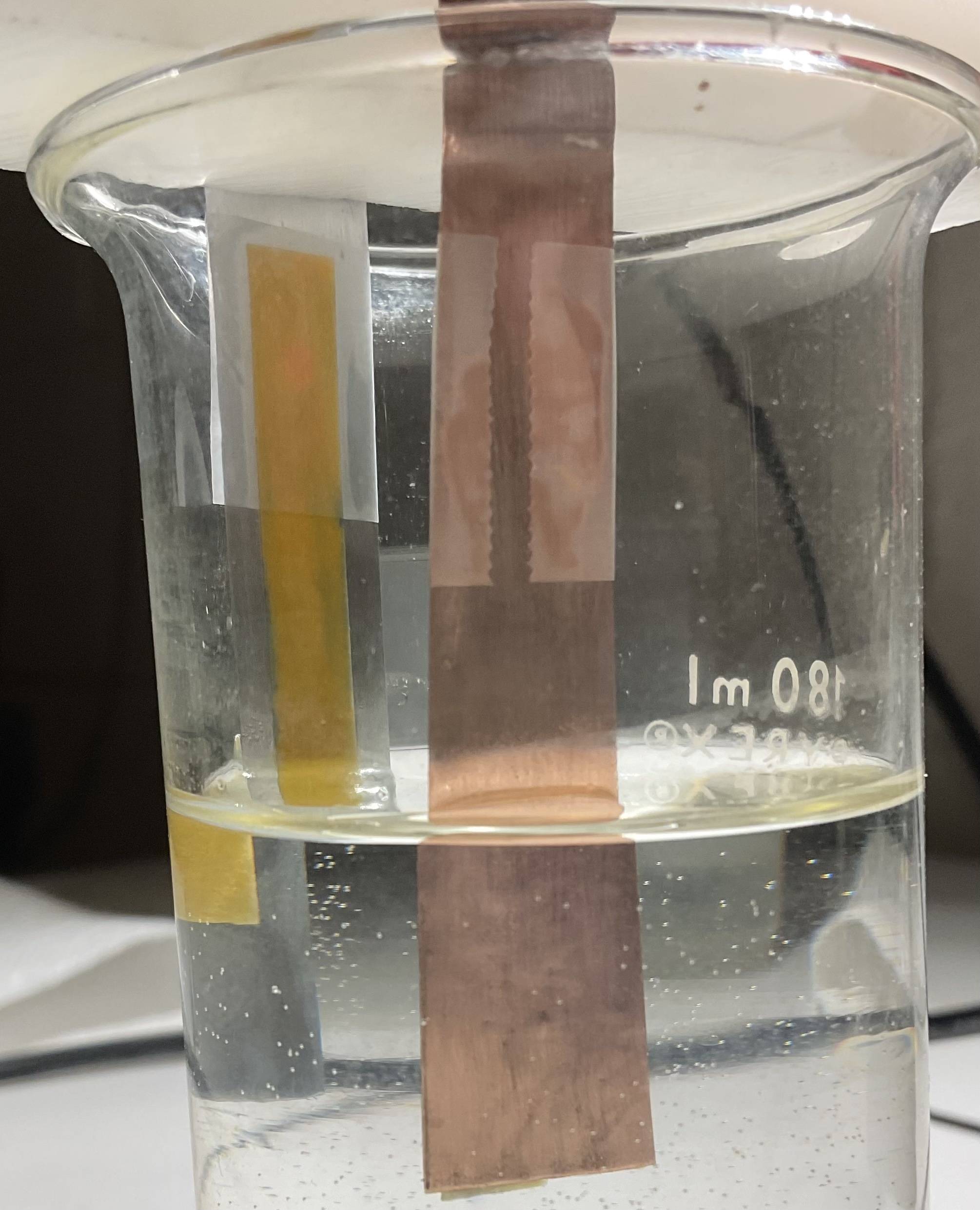 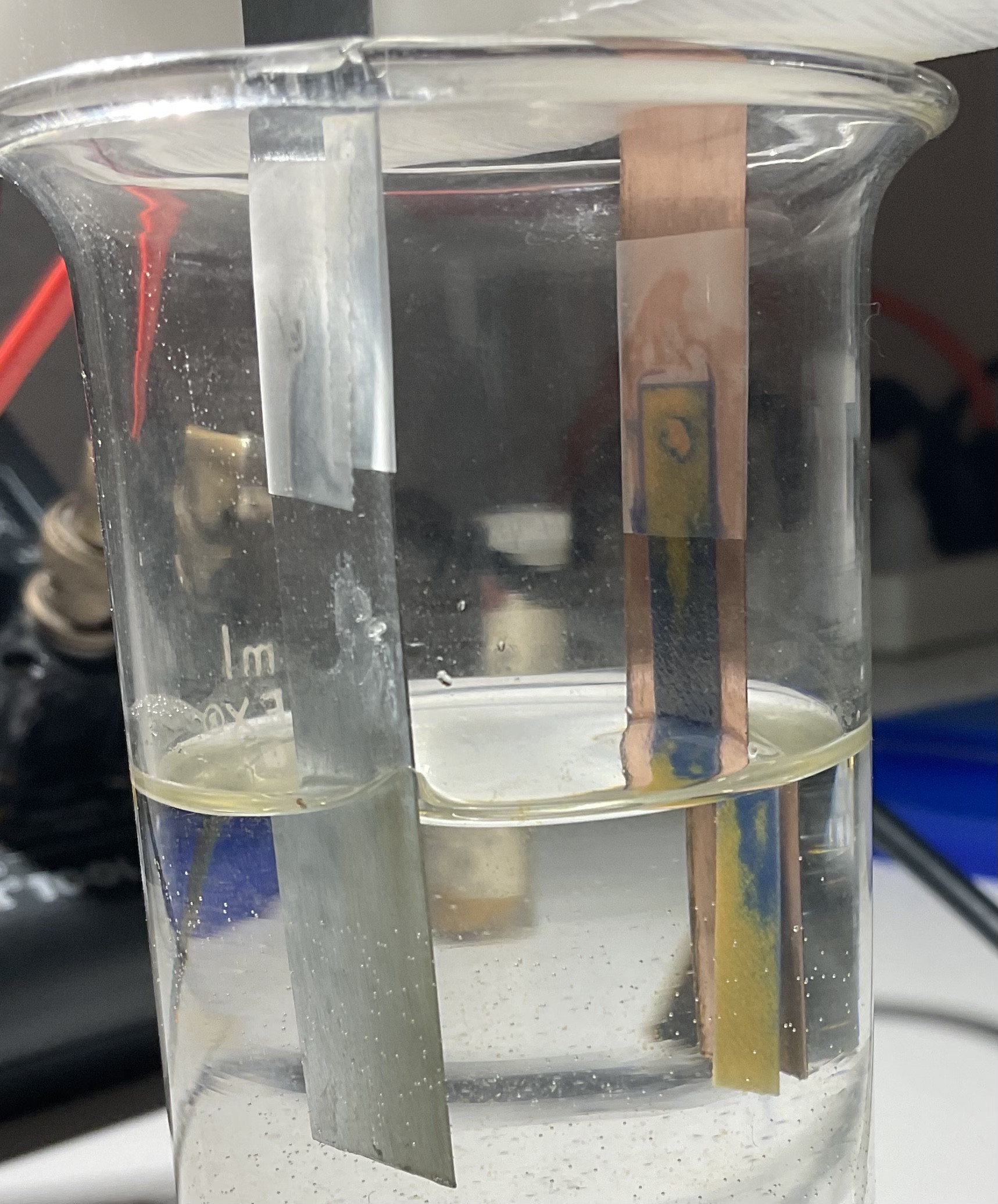 Not the answer you're looking for? Browse other questions tagged inorganic-chemistry electrochemistry redox or ask your own question.