What would the mechanism be for intermediate B to Supinidine, and what would by product C be? [closed]

Ask Question
Asked 1 month ago
Active 1 month ago
Viewed 43 times
1
$\begingroup$
Closed. This question is off-topic. It is not currently accepting answers. 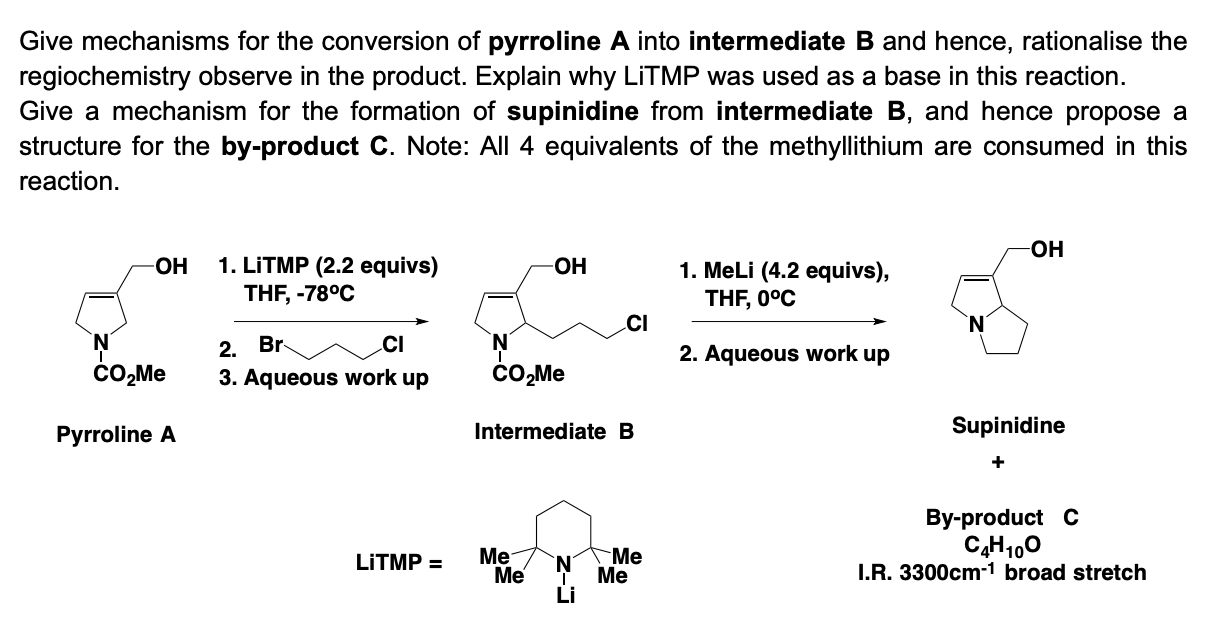 I have managed to do the mechanism for the first step, but have no clue how 4 equivalents of MeLi are used for the second step of the reaction.

The first eq. of MeLi deprotonates the alcohol. This does not cyclise as it would form a 7-membered ring and that is not strongly favoured.

The subsequent eqs of MeLi remove the methyl carbamate group as described by Sawyer, et al., by consecutive additions of Me to give first the N-acetamide then the amine anion plus acetone. The N anion cyclises onto the chloride to give the product. The final eq. of MeLi adds to the acetone to give Li t-butoxide which gives t-butanol C on workup.

Not the answer you're looking for? Browse other questions tagged organic-chemistry reaction-mechanism organosilicon-compounds or ask your own question.

5
Looking for a mechanism for the demercuration of organomercurial alcohol
1
Would this be a reasonable mechanism for the formation of a diazomethene?
5
What is the mechanism of azulene synthesis?
7
Mechanism for Friedel-Crafts Acylation in Synthesis of Sertraline
1
How to draw a reaction coordinate diagram for SN1 mechanism?