Can use lead(II) oxide instead of lead(IV) oxide in car battery? 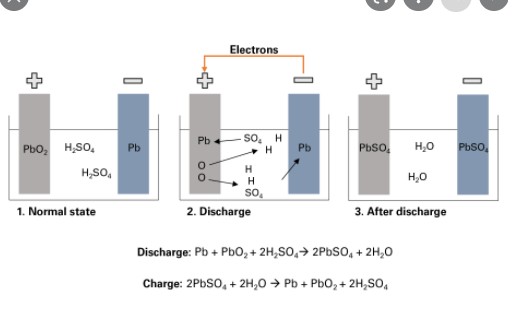 Question: If the discharge input equation $\ce{PbO2}$ is replaced by $\ce{PbO}$, will the battery still work? I think the product will not be water anymore but hydrogen gas. I am asking this question because lead(II) oxide, reddish in colour is easier to produce by just burning lead metal in rich oxygen.

Design of a battery isn't only about the chemicals availability (as an ore, or by synthesis), but their properties (e.g., enthalpy of formation, possible reactions and dissolution in the electrolyte, standard electrode potential). Or, how much energy may be stored reversibly per unit of mass in such a battery, and longevity of such a device.

A parameter where $\ce{PbO2}$ possibly outperforms $\ce{PbO}$ is electrical conductivity. To quote Wikipedia:

«Although the formula of lead dioxide is nominally given as $\ce{PbO2}$, the actual oxygen to lead ratio varies between 1.90 and 1.98 depending on the preparation method. Deficiency of oxygen (or excess of lead) results in the characteristic metallic conductivity of lead dioxide, with a resistivity as low as $\pu{10^{−4} Ω·cm}$ and which is exploited in various electrochemical applications. Like metals, lead dioxide has a characteristic electrode potential, and in electrolytes it can be polarized both anodically and cathodically. Lead dioxide electrodes have a dual action, that is both the lead and oxygen ions take part in the electrochemical reactions.»

While this obviously is not as good as e.g., for $\ce{Al}$ ($\pu{26.5 nΩ⋅m}$, ref), $\ce{Cu}$ ($\pu{16.78 nΩ⋅m}$, ref), or $\ce{Ag}$ ($\pu{15.87 nΩ⋅m}$, ref) a $\ce{PbO2}$ based accumulator may be (still) good enough given the designed temperature of operation and other parameters to take into account for a energy storage. I interpret the lack of an entry for $\ce{PbO}$ on Wikipedia as indication that the the resistivity is way too high for a potential application as an electric conductor at/around ambient temperature.

Some of the above criteria are subject to change e.g., by design, or law.

8
Can I use one alkaline battery to recharge another?
1
How is a car battery recharged?
5
How exactly does a battery work (specifically Pb/H2SO4/H2SO4/PbO2 lead acid battery)?
5
Redox potential of a lead–acid battery
2
Cell notation for the lead-acid battery
4
Is PbO ionic compound?
2
Lead acid battery reduction and oxidation