I'm fairly confused over just how electrons are distributed in a molecule according to the lewis structure. The octet rule states that atoms have a tendency to have 8 electrons in their valence shell. So when choosing the most stable lewis structure, the first guideline is having a structure where every atom has a full octet, generally speaking. This makes perfect sense to me except when I start looking at molecules that seemingly give up their valence electrons. 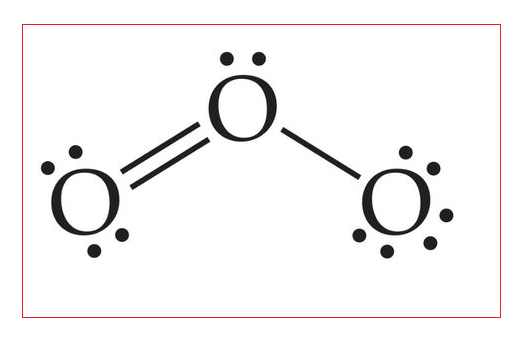 If we take a look at ozone, for example, all the oxygen atoms have the same exact electronegativity. But when looking at the central oxygen, it is left with only 5 valence electrons, giving it a +1 formal charge. Additionally, ozone has a dipole moment of 0.53D, meaning the electron density leans more towards the attached oxygens than the central one. So where my misunderstanding is coming from is the fact that theoretically and experimentally it can be seen the central oxygen atom is giving up one of its valence electrons. The same thing applies to molecules like S3 and NF, where one of the atoms seemingly gives up a valence electron.
But how is it doing this if all the atoms have the same exact or similar electronegativity? And why (is it that ensuring every oxygen has an octet provides a molecule of lower energy than if the central oxygen kept all 6 of its electrons)?

Browse other questions tagged covalent-compounds valence-bond-theory or ask your own question.

5
Sulfur trioxide - vacant d-orbitals
13
Delocalization of π-electrons in nitrate ion
1
My text seems to say that the high(est) energy orbitals are not valence orbitals - everything else says otherwise. What's true?
7
Why is sulfur dioxide more stable to UV radiation than ozone?
2
Covalent bonds other then 2-center, 2-electron bonds
3
Determining the structure of N2O using hybridization
6
Lewis Structure of OF+
7
Hypervalency of orthonitrate