Which atom is the smallest atom?

My question is, which atom is the smallest atom of all? 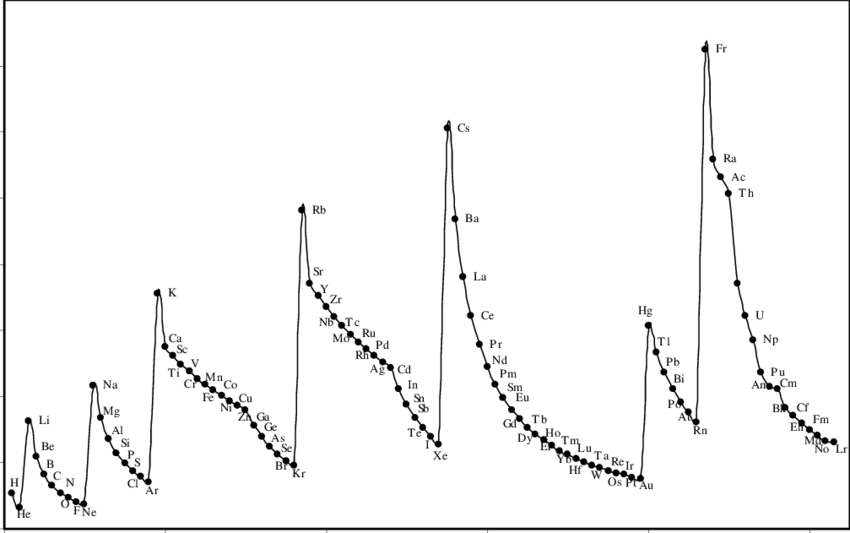 The behaviour of electrons in atoms is not well describes by the classical points and orbits model of the atom. a more accurate modle for electrons is using quantum physics, in the is system the electron aren't at a specific spot, instead they are described by a quantity called the wave function which gives the probability of the electron being in a specific position.

from statistics you can then work out the average position (the expectation value), this is the product of the position and how likely it is to be there (the probability)

if you do this for hydrogen and helium you get the figure below, where the solid lines are the probability distribution and the dashed lines are the average radius, which show that on average the electrons in helium are closer to the nucleus than in hydrogen. 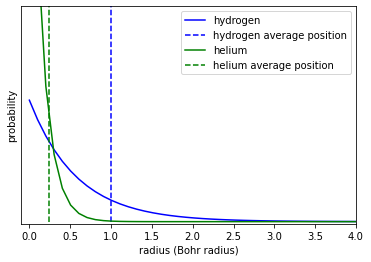 Also if you want to break from the periodic table, there are atoms where the electrons are replaced by their subatomic cousins, muons. muons are heavier so are a lot closer to the nucleus so the atoms are a lot smaller, they are called Muonic atoms

Rutherford's gold foil experiment taught us that the protons and neutrons fill only a tiny portion of the atom, which we call the nucleus. The size of the atom is therefore only defined by the electron shells (orbitals), which in turn depend on the nuclear charge.

Your intuition about more electrons leading to a larger atom is correct, but more protons actually lead to a smaller atom. Which effect dominates depends on whether or not an additional electron finds a place in an existing electron shell. To gain some intuition as to how this works, it may be helpful to do a Gedankenexperiment wherein we build atoms by adding protons and electrons one at a time, neglecting the neutrons which are not important here.

You can in principle continue this procedure, whereby each additional proton contracts the radius, and each additional electron expands it slightly. Whenever an electron shell is filled, adding another electron will cause a step-change in the atomic radius as can be seen in the jagged graph in one of the answers above.

Not the answer you're looking for? Browse other questions tagged electrons atoms periodic-trends atomic-structure atomic-radius or ask your own question.

5
Conversion atom to another
10
Is the atom the smallest particle, which takes part in chemical reactions?
4
Why is the atomic radius of krypton smaller than that of potassium?
2
In helium-2, would each electron experience a single positive charge from the nucleus?
0
Why are the relative masses of isotopes not close to whole numbers?