nBuLi and tBuLi can take part in halogen metal exchange OR deprotonate. Is there any way to predict which it favours?

I have included a synarchive pathway: https://synarchive.com/syn/144 where BuLi favours deprotonation over halogen metal exchange

According to Bordwell $\mathrm{p}K_\mathrm{a}$ Table, $\mathrm{p}K_\mathrm{a}$ of $\ce{PhCH2COSPh}$ is $16.9$, which is compatible with alcoholic $\ce{OH}$. We all know that Grignard reagents and organolithium reagents are very susceptible to acidic hydrogens because they are strongly basic as well as nucleophilic. Between $\ce{t-BuLi}$ and $\ce{n-BuLi}$, $\ce{t-BuLi}$ is considered to be acting as base than nucleophile compared to $\ce{n-BuLi}$, due to its bulkiness. However, both of them are known for their capability of metal-proton exchange (e.g., see Wikipedia).

On the other hand, lithium-halogen exchange reactions are kinetically controlled. The position of the equilibrium varies with the stabilities of the carbanion intermediates involved $\mathrm{(sp >> sp^2 >> sp^3)}$, rather than whether it is $\ce{n-BuLi}$ or $\ce{t-BuLi}$. Keep in mind that lithium-halogen exchange reactions using alkyl-lithium typically employ two or more equivalents of alkyl-lithium reagent. The first equivalent is used for the exchange and the second equivalent reacts with the alkyl-I produced to form corresponding alkane, alkene, and lithium iodide (e.g., Ref.1). Nevertheless, if acidic hydrogen is available, the reaction goes through metal-proton exchange.

Note that the scheme given in Synthesis of Aplysin, part of which OP has copied is somewhat misleading. When you look at the original reference (Ref.2), it is clear that their intention wasn't halogen-metal exchange. It is clearly to use the lithium reagent as a base: 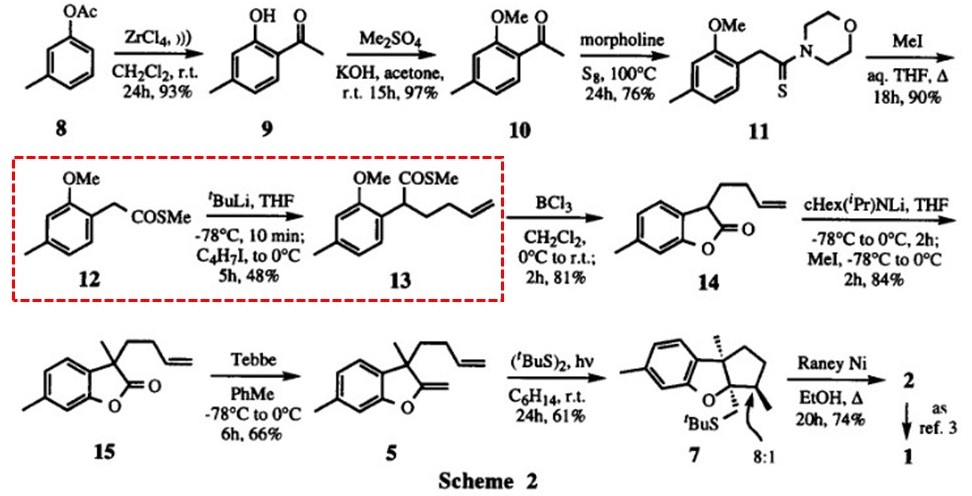 An example for use of $\ce{n-BuLi}$ for halogen-metal exchange is given in Ref.3.

Not the answer you're looking for? Browse other questions tagged organic-chemistry reaction-mechanism nucleophilic-substitution chemoselectivity or ask your own question.

0
Reaction between n-butylithium and either an aromatic bromide or an alkylbromide
16
Why do halogen-metal exchanges happen?
15
Alkane deprotonation by organolithiums
3
Assigning the 13C NMR spectrum of bromobenzene and 4-bromobenzophenone
3
Mechanism of cyclisation with tin(IV) chloride