This is probably a rather unusual question for this forum. The review of the movie Metropolis (made in 1926) by Roger Ebert shows what I assume is a still frame from the movie: 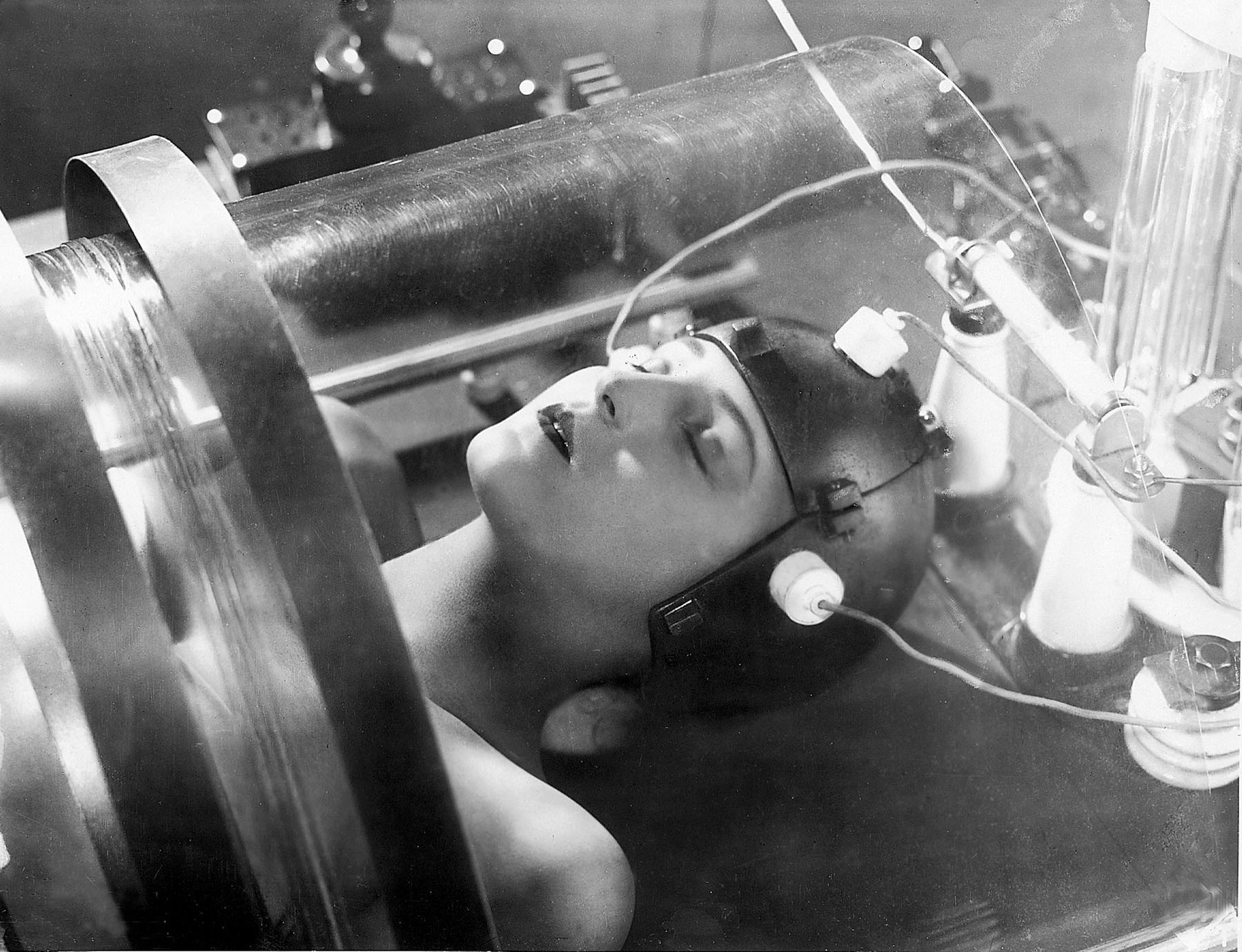 The shield looks very thin and has the typical small scratches that I would expect from a transparent thermoplastic.

My question: What material is this? If this is a silica-based glas and not a thermoplastic (did that exist in 1926?), what characteristics does it have? Is it flexible?

Most synthetic plastics were commercialized after 1930s, I think. But semi-synthetic cellulose derivatives like cellulose acetate and especially cellulose nitrates were around from the middle of 19nth century. Both were used at some point to produce thin film, in particular photographic film.

My first bet would be that it is a celluloid plate, made from mixture of nitrocellulose and camphor. It was one of the first thermoplastics and can be made transparent.

5
What is the plastic material of the CD cases?
17
Why do many transparent plastics turn opaque when deformed?
2
Which material to use for athletic accessories?
2
A semi-transparent material that is a solid
6
UV-Transparent Plastic?
2
Suitable coating material for protection of sensors
11
What is the @ symbol used for in material science?