I left an open beer in the freezer while monitoring its temperature. The first minutes works as expected. But after the plateau, at about −8 °C, a peak appeared:

I thought it was an artefact because the can was open and the sensor was inside.

So I repeated the experiment with an intact, closed can.

The same spike occurs slightly below −10 °C. Well into the superfreezing phase, which is much wider this time.

Since beer is a liquid solution, I think this must be some component that changes phase before the others. Or maybe something related with solubility of $\ce{CO2}$ or ethanol as temperature changes.

Do you know what it is due to?

After defrosting the can and putting it back in the freezer, the peak appeared again. Same result. 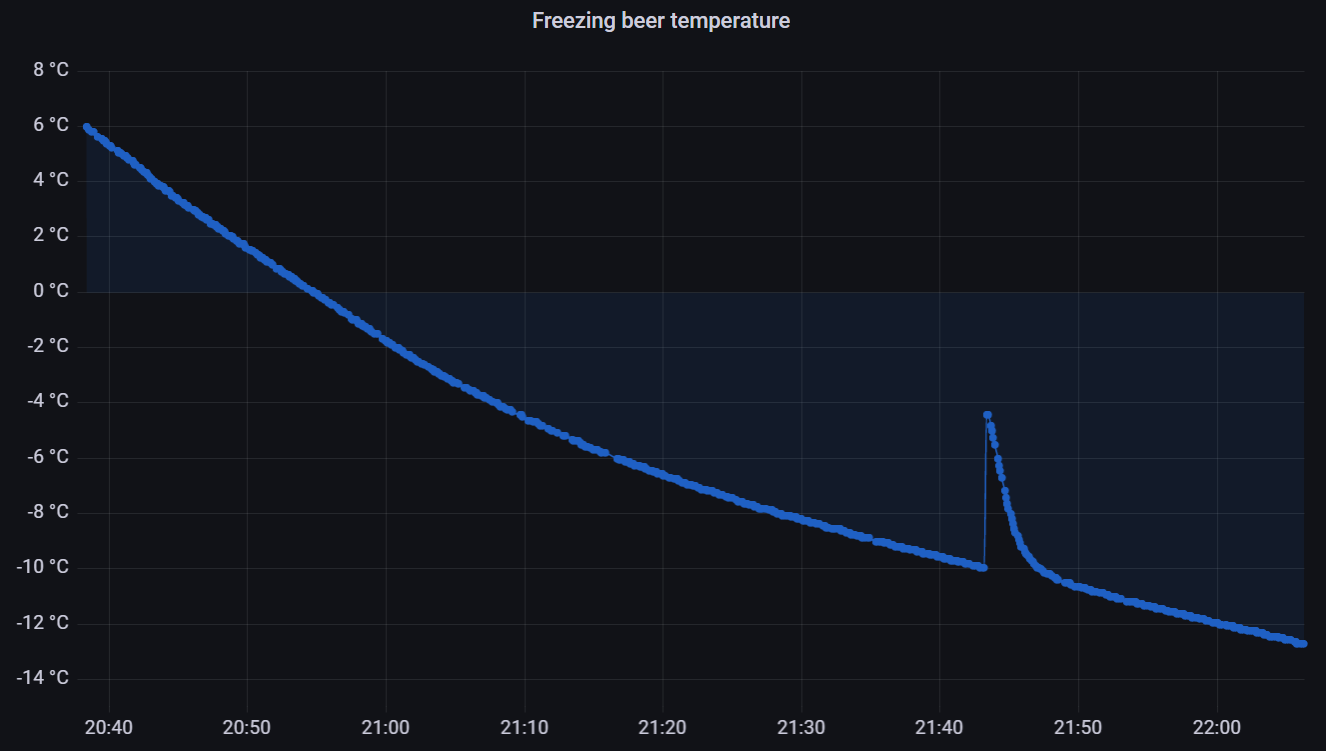 In order to discard a sensor issue, this is the freezing curve of the sensor itself: 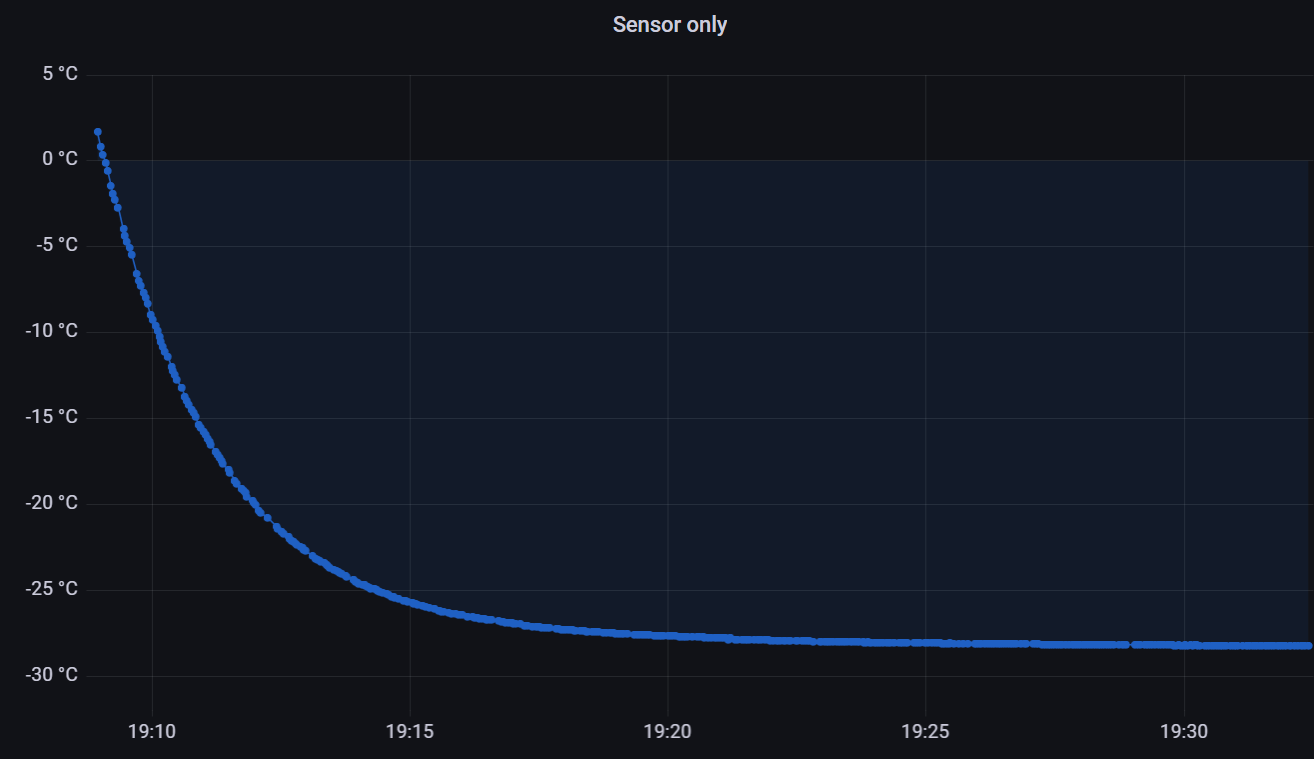 So it finally turned out to be an artefact, sorry.

The probe was protected by a small metallic tube. Somehow water condensed inside. Since this water is isolated from the main liquid, it performed its own phase-transition releasing its latent heat right next to the sensor.

The effect was not appreciated when freezing the probe alone. I don't know why, maybe because of a faster cooling o due to its physical position. But it was very noticeable when measuring the beer can.

I removed the tube and cleaned the sensor. I also ensured the thermosensitive part is physically in contact with the can; and I insulated it better from the environment. Now the measurement is more accurate and no weird peaks.

Thank you all for your time.

Consider hand-warmers containing sodium acetate trihydrate, $\ce{NaCH3COO.3H2O}$. When heated above the melting point and then cooled, the compound does not quickly solidify, but can be greatly supercooled. Given an impetus to begin crystallization, such as the shock-wave produced by a "clicker" (or nucleation by a speck of dust), the molecules reorganize from liquid to solid, giving off heat to warm your digits. The increased order of the solid frees up some energy.

In a similar way, when supercooled water freezes, it gives off heat. Your graph seems to show that effect.

To see it even more vividly, put distilled water in a polypropylene food container with lid on loosely. Boil the water in a microwave oven for just a few seconds to remove most dissolved air, which otherwise would nucleate freezing too early. Do not boil a second time, or the air-free water can superheat, and then flash into steam all at once, blowing open the microwave and blowing an internal fuse. [Lest you ask, yes, this happened to me - no burns, but I had to disassemble the oven to replace the fuse.]

Put your thermocouple on the outside of the container (or it, too, could nucleate freezing), and place all in a fairly cold freezer. Likely, the freezer will not be cold enough to freeze that water, and your cooling graph should be smooth. Now, take out the container and give it a sharp rap on a counter... watch the water, and observe the temperature change.

Of course, freezing beer drives out the bubbles, so I hope you don't mind flat beer. ;-)

Not the answer you're looking for? Browse other questions tagged everyday-chemistry solutions home-experiment phase or ask your own question.