I was trying to analyze some atomic emission spectroscopy data and I encountered unfamiliar notation of the terms for me.

[Edit] The data has been taken from NIST Atomic Spectral Database for Ne I (neutral neon in spectroscopic notation). NIST database The notation, asked in this posted has already been explained here Notation key by NIST 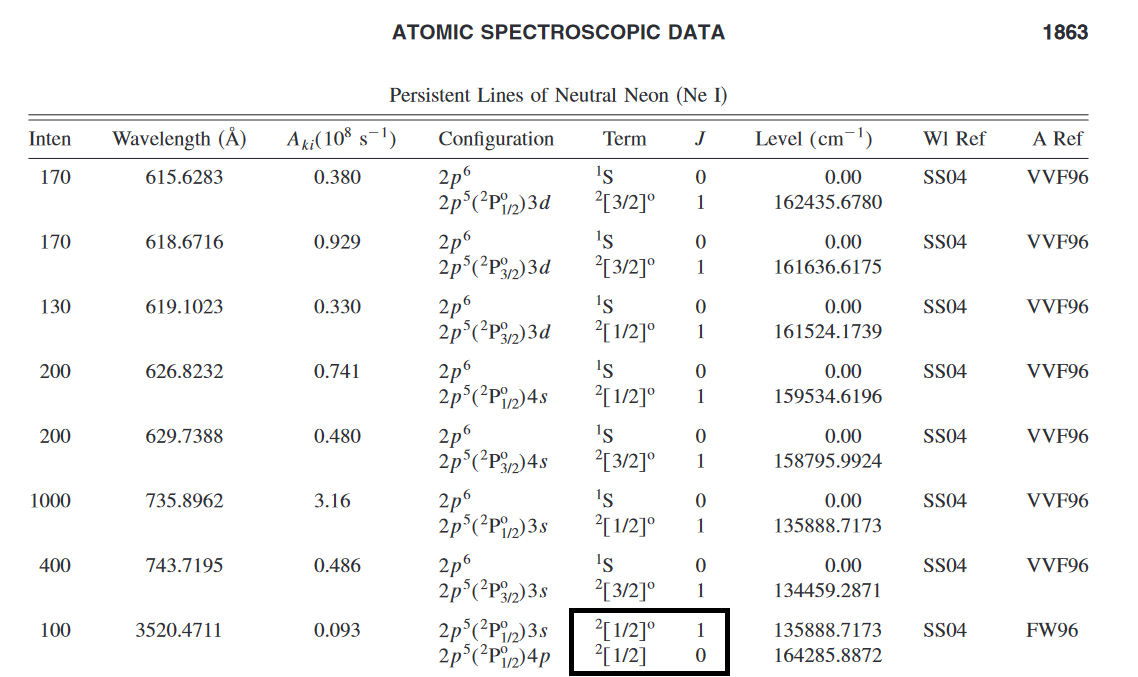 6
Meaning of depiction of atomic orbitals
6
Atomic emission spectroscopy
34
Why is the letter J omitted in the spdf... sequence?
2
Wavenumber range reversed in IR spectroscopy
8
Spectroscopy of excited state lithium
6
Why is there an orbital angular momentum if the electron isn't properly revolving around the nucleus?
2
Meaning of polarization pulse in microwave (rotational) spectroscopy