Why does fcc lithium melt with increased pressure?

According to the phase diagram of lithium given here, the fcc phase formed at moderately high pressure melts at decreasing temperature upon adding more pressure, an effect better known with the ordinary solid phases of water, silicon, and germanium among a few other materials.

In water, the directionality of the hydrogen bonding between molecules leads to a low-density solid structure, which, in effect, collapses under pressure as the directional bonding breaks down in the liquid. The covalent bonds in silicon and germanium, with their tetrahedrally coordinated diamond-type structure, behave likewise as these elements switch to a metallic structure on melting.

But a low density diamond-type structure seems implausible in fcc lithium since the fcc phase has to be formed under pressure and thus should be denser than the eight-coordinate bcc structure. So what structural feature in fcc lithium enables a water-like, or silicon-like, collapse to a liquid under more pressure?

Some research I have done on this problem suggests that it is the atoms themselves that break apart and collapse. When we account for the distribution of electrons the fcc structure in lithium is not really close-packed and this is collapsible.

Go outside the lines

Magnesium silicide ($\ce{Mg2Si}$), commonly used as a strengthening agent in aluminum alloys, is black. Sodium sulfide, fully isoelectronic and isostructural with magnesium silicide, is white (yellowish when polysulfide impurities are present). This color difference arises from the unusual electronic properties of magnesium silicide, which make that compound a narrow-gap semiconductor (thus absorbing visible light as electrons cross this gap) while sodium sulfide is an insulator. 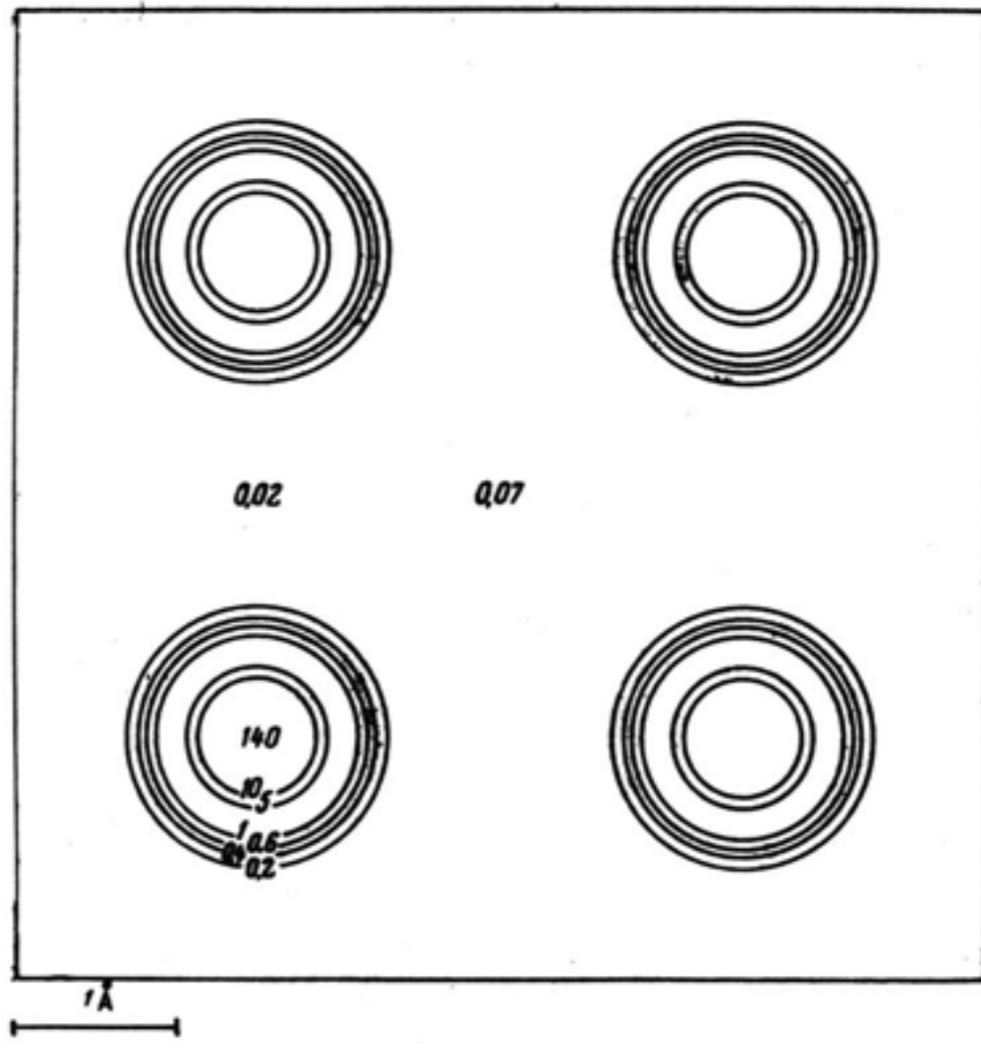 Frost et al. [2] compute that fcc lithium develops a similar character as it is compressed. The valence electrons are partially transferred to octahedral interstitial sites, leaving behind the small and dense lithium cores. This electron transfer into interstitial sites increases with increasing pressure, although not to the point of forming a complete electride salt in the fcc phase (some other, higher-pressure phases are full electrides). The illustration below from this reference shows this electron transfer and localization in lithium. The variance in electron density between the atoms is similar in magnitude to that in ambient-pressure magnesium silicide, except here the maximum applies over all three dimensions instead of just two.

Thus in fcc lithium, the interstitial electron density acts as spacers between the lithium cores which become positively charged and mutually repelling. The lithium cores shrink away from the close-packing that would ordinarily be expected in an fcc metal, and thus the structure may be potentially collapsed if enough pressure is applied to force the cores to re-intermingle with the valence electrons.

9
Are there any other elements that get less dense in their solid state?
1
Oxidation number of Si in SiH4

11
Why does chocolate ice cream melt faster than others?
3
Are adamantane crystals covalently bonded?
8
Why does increasing the pressure cause ice to melt more?
4
How is a phase equilibrium defined for a one-component system?
4
What does the phase diagram mean by "liquid" at NTP? (The liquid and vapor coexist even when the situation is not on the curve)