Here is the question: 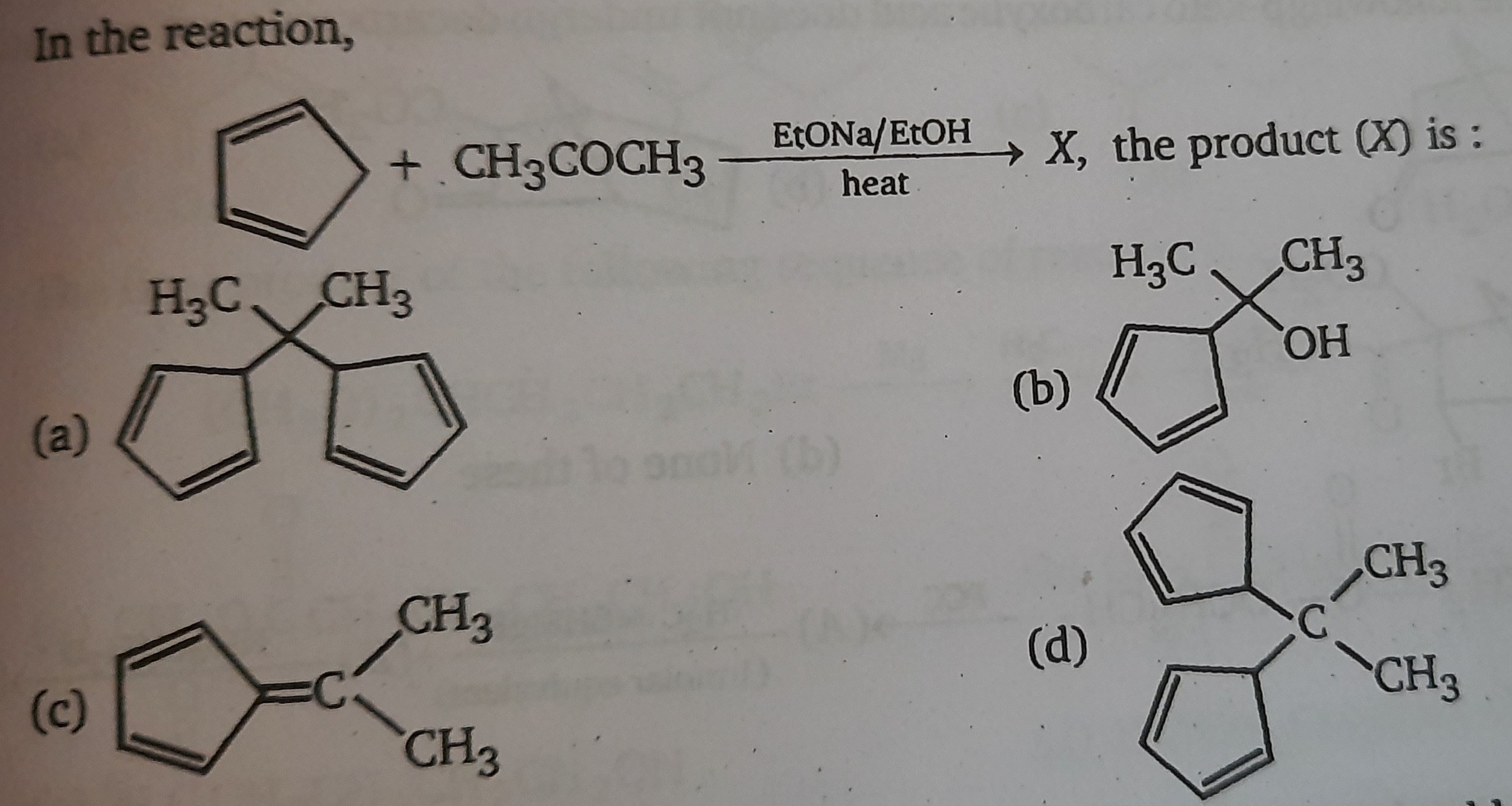 My reasoning was the following: The ethoxide ion first abstracts a proton from the $\mathrm{sp^3}$ carbon of the cycloalkene. This carbon then attacks the electrophilic carbonyl carbon of acetone, ultimately forming the nucleophilic addition product. On heating, it loses an $\ce{H2O}$ molecule to give the corresponding alkene.

However, the answer given here suggests that the final dehydration step doesn't occur. What is the explanation behind such an activity?

Similar to to last step of aldol condensation to give $\alpha, \beta$-unsaturated ketone, the last elimination step at sought reaction is also supposed to undergo elimination of water molecule through $\mathrm{E1_{cb}}$ mechanism.

To refresh your memory, the definition of the $\mathrm{E1_{cb}}$ mechanism is as follows:

An elimination reaction mechanism featuring carbanion formation followed in the next step by expulsion of a leaving group on a $\beta$-carbon, with subsequent formation of a $\pi$-bond. Leaving group expulsion is the rate-determining step (source).

Keep in mind that the leaving group of the most of $\mathrm{E1_{cb}}$ elimination reactions is a poor leaving groups such as $\ce{OH-}$ ion. Yet, the driving force for the elimination is to give the thermodynamically more stable product such as the $\alpha, \beta$-unsaturated ketone in aldol condensation. Following is the dehydration of a $\beta$-hydroxyketone via the $\mathrm{E1_{cb}}$ mechanism:

The methylene carbon of cyclopentadiene is more acidic because abstraction of one of the two protons gives a carbanion which is aromatic and satisfies $(4n+2)$ rule. Once the reaction of this carbanion with acetone gives the alkoxide of the product $(c)$, the excess base would pick up the second proton from this product to give corresponding carbanion, which is also aromatic. Here, if the dehydration occurs as usual, the resulting product is not thermodynamically more stable than the carbanion (even if the product is conjugated), because the carbanion would lose the aromaticity. Thus, the dehydration of the final step is not possible here. The carbanion would become neutral during acid workup.

Not the answer you're looking for? Browse other questions tagged organic-chemistry reaction-mechanism carbonyl-compounds nucleophilicity or ask your own question.