Mechanism of reaction of ketones with isoalkanes under conc. sulfuric acid and heat

Can anyone elaborate on the mechanism?

This was going to be a comment but it got too long.

TL;DR: - This is not an answer, rather a justification for why the question is (probably) wrong.

This paper (linked by @Rishi) gives us experimental evidence that under action of concentrated $\ce{H2SO4}$ hydrogens are exchanged from paraffins in the following fashion:

R1 is the slow step and chain initiating step. R2 is the chain propagating step (the hydride transfer here creates a chain of approximately 20 tert-butyl carbocation.

Conc. $\ce{H2SO4}$ is a well known dehydrating and oxidising agent and tert-butyl carbocation has considerable stability due to extensive hyperconjugation. So it is possible that the reaction mechanism is of the following manner: 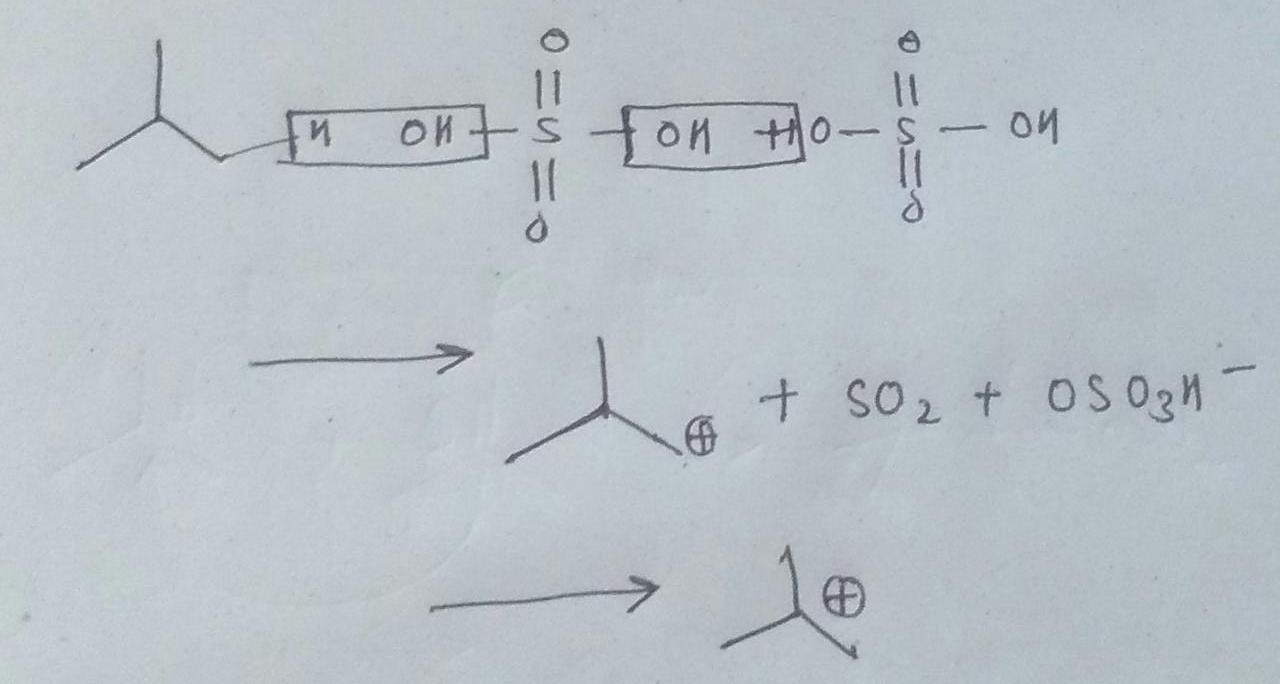 From the paper by Otvos et.al.1:

Chains are terminated by some irreversible side reactions of carbonium ions leading to nonvolatile products. This picture would account for the lack of exchange between t-isobutane hydrogen atoms and sulfuric acid, since any molecule dissolving in acid, reacting and re-entering the vapor phase, would have received a new tertiary hydrogen from another isobutane molecule.

The chain termination step is where we run into a problem. Carbonyl group cannot act as a nucleophile at the carbon center. There is one way to do this but it is extremely unlikely

This is not a good mechanism due to the excess of $\ce{H^+}$ present. In fact, any mechanism for the given product wouldn't be satisfactory because any nucleophile produced at carbonyl carbon would be would be quickly protonated (tert-butyl carbocation can't compete with $\ce{H+}$ due to steric reasons). Also it is highly unlikely that $\ce{SO2}$ would participate in the reaction rather than escape to atmosphere (I suppose you can use sealed tubes).

Further problems are the much better suited side reactions such as acid-catalyzed aldol and attack of $\ce{C=O:}$ lone pair on the carbocation.

25
What is the role of sulfuric acid and mercury(II) sulfate in the oxymercuration of alkynes?
3
Reaction mechanism of aqueous ammonia with 3,4-dibromopyridine
2
Reaction mechanism of glycerol with hydrogen iodide acid
0
GOC allylic,vinylic, benzylic positions, carbocation stability
11
Is the ethyl cation really more stable than benzylic and allylic carbocations?
0
How good is aromaticity at stabilization?
10
Mechanism for reaction of aryl diazonium with potassium iodide
2
Which mechanism should a reaction between the cyclopentylmethanol and the HBr should follow?