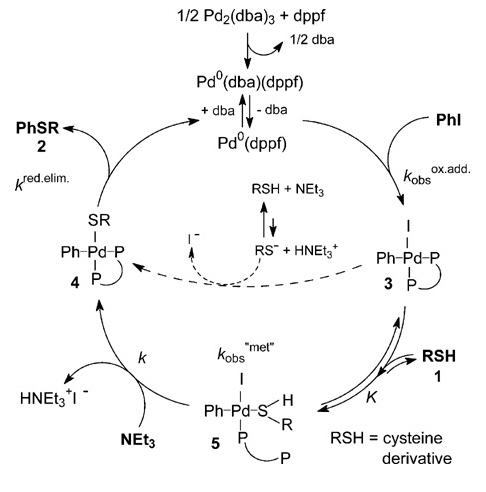 In this mechanism, $\ce{dba}$ is replaced by $\ce{dppf}$. Assuming that this mechanism applies equally for my case, $\ce{P(o-tol)3}$, we can assume $\ce{Pd[P(o-tol)3]}$ or something is formed. I did MS analysis for my reaction mixture, and it had a major peak at $m/z=714$, which can be thought to be $\ce{Pd[P(o-tol)3]2}$. If this assumption is correct, then is $\ce{dba}$ mixed in my reaction mixture? Should I consider additional purification for $\ce{dba}$?

Browse other questions tagged organic-chemistry experimental-chemistry catalysis purification or ask your own question.

4
Should I do solvent extraction for Buchwald–Hartwig amination?