According to the lecture notes I made, a 1* carbanion is more stable than a 3* carbanion. I can't grasp exactly why. (I had a look at the similar questions, the answers didn't help)

With my very limited knowledge, there can be possibly two effects at play here:

The mesomeric effect can't take place here since there are no pi-bonds, as far as I know. 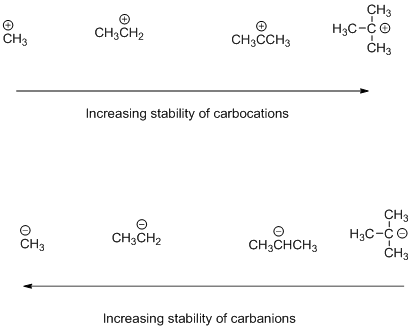 Browse other questions tagged organic-chemistry hyperconjugation inductive-effect or ask your own question.